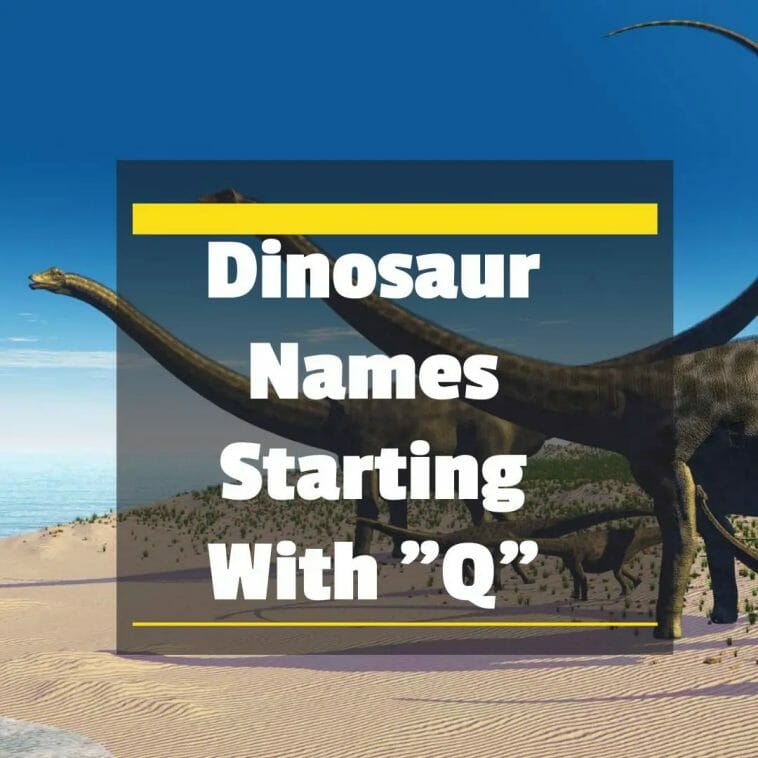 Check out the alphabetical list of dinosaur names beginning with the letter “Q”. We’ll look at dinosaur pictures and discuss what their names mean, as well as learn more about dinosaur facts.

Dinosaurs with names that begin with the letter “Q”

Contents for Dinosaur Names that Start with “Q” 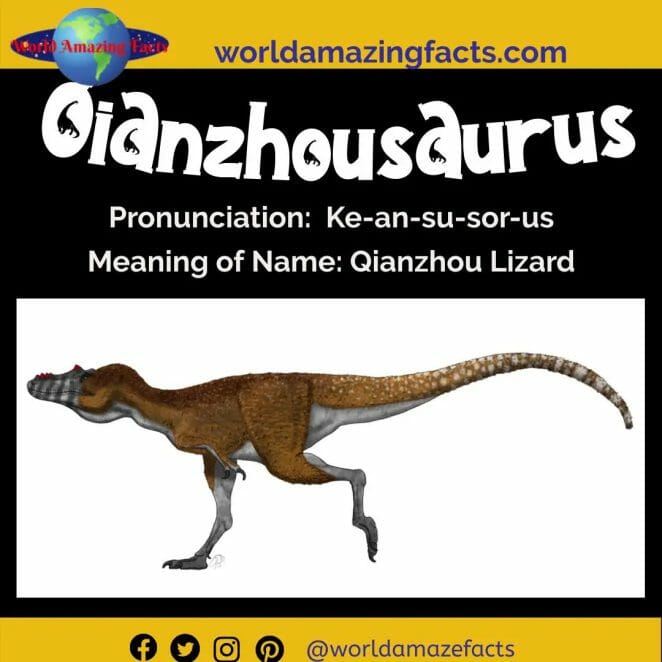 Qianzhousaurus is a genus of tyrannosaurid dinosaurs from the Late Cretaceous epoch that existed in Asia. 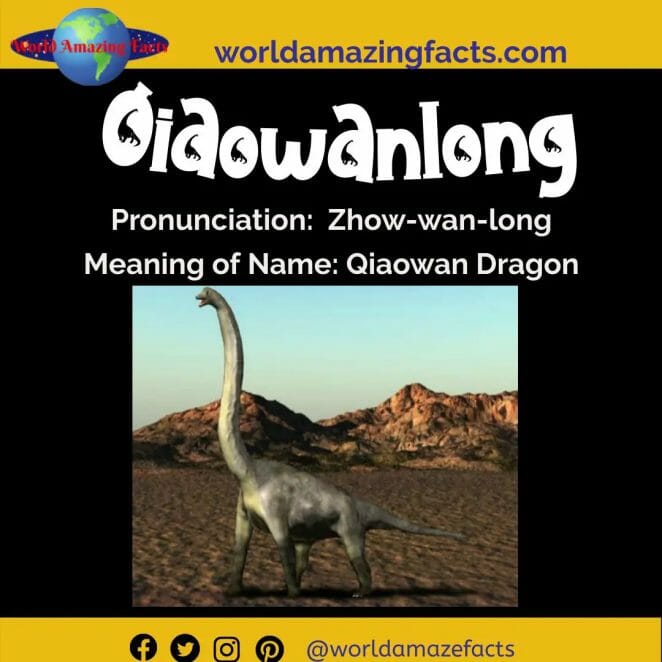 Qiaowanlong is a type of Early Cretaceous sauropod that lives in modern-day China. 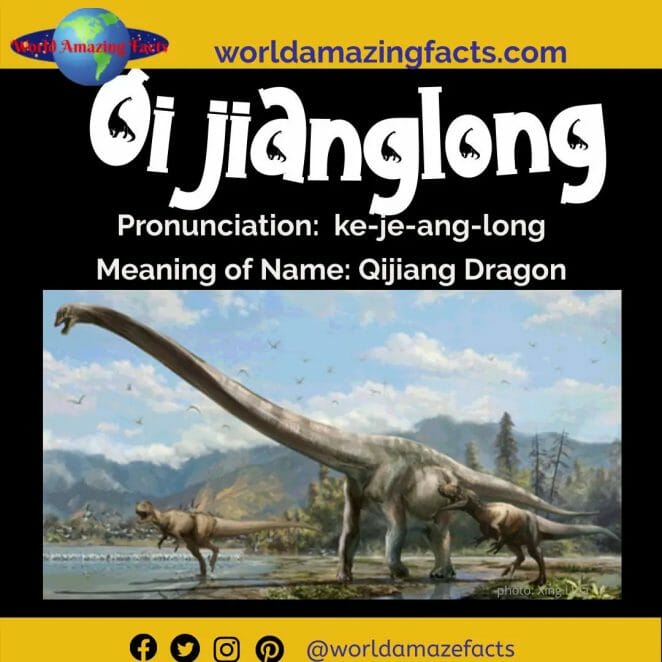 Qijianglong guokr is a species of late Jurassic sauropod discovered in southern China.

Qijianglong’s generic name translates to “Qijiang dragon” (the district where its fossils were found). In turn, the genre name guokr recalls Guokr, a Chinese social science network that assisted with excavations in the Qijiang District. 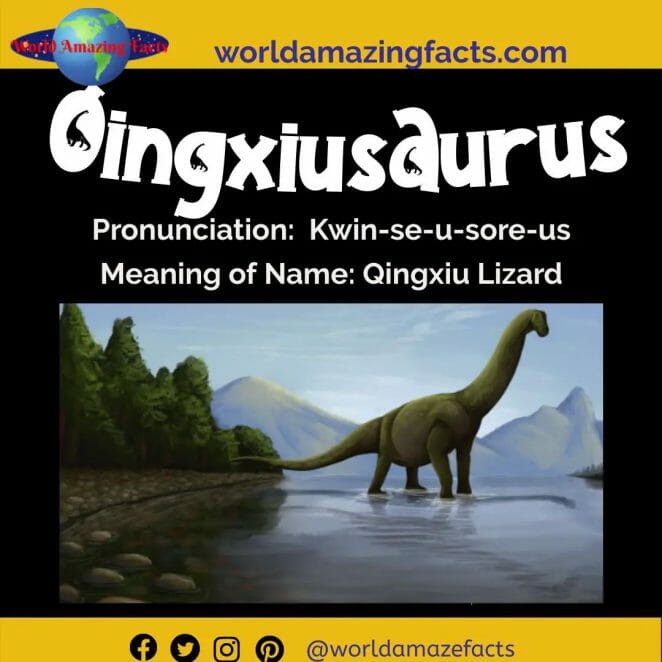 The Qingxiusaurus is a poorly studied sauropod that lived in what is now China during the Late Cretaceous period.

The name Qingxiu means “the magnificent panorama of mountains and water in Guangxi.” The Greek word for the second limb (sauros) implies “lizard” or “reptile.” The genre name is derived from a river that flows near the location where the bones were discovered. 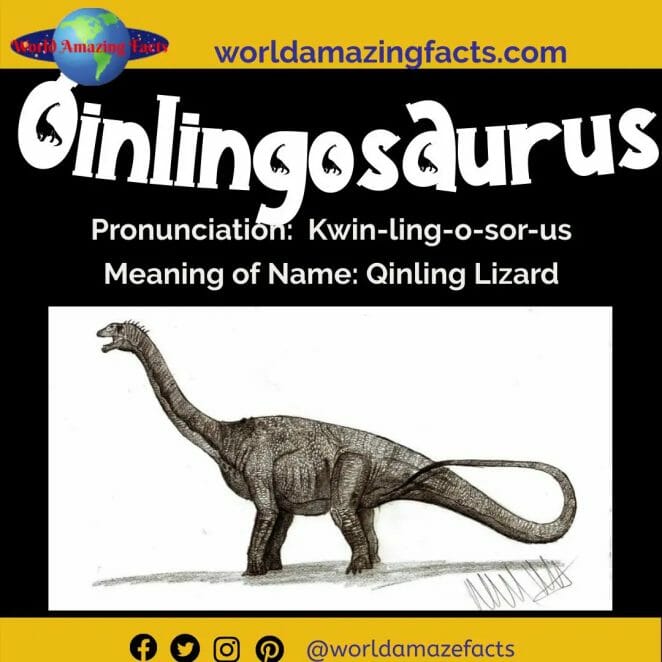 Qinlingosaurus luonanensis is a poorly known sauropod that lived in what is now China between 72 and 66 million years ago. It was named for the Qinling mountain range and the Luonan region of Shaanxi, where it was discovered. 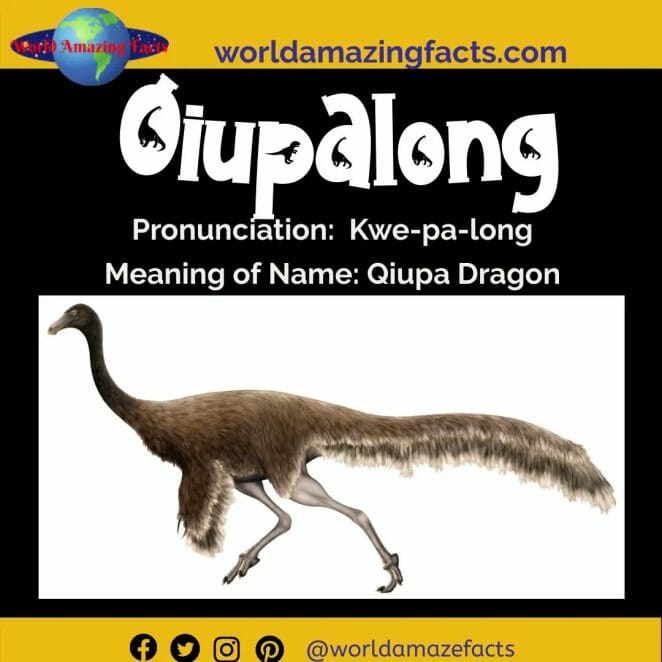 Qiupalong is the first known Asian ornithomimid fossil discovered outside of the Gobi Desert; in fact, of all the known Asiatic Ornithomimidae specimens, its bones were recovered the farthest south. Qiupalong was most likely a tiny dinosaur. 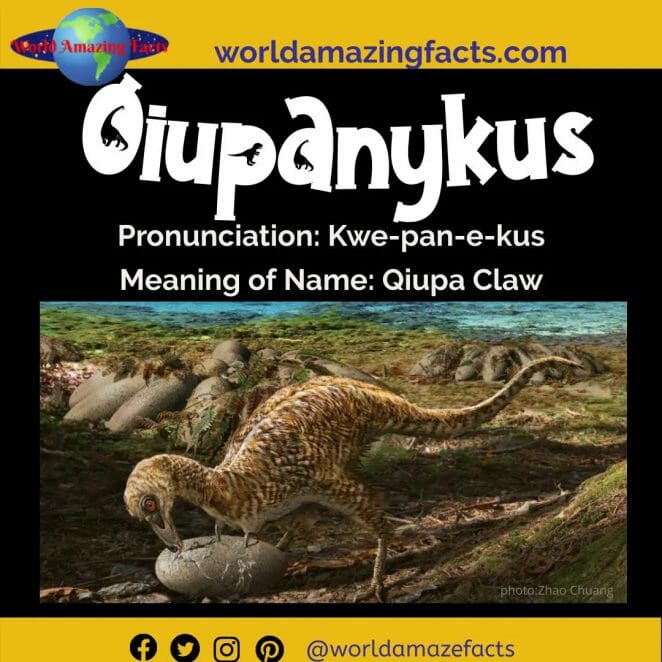 Qiupanykus is a genus of small alvarezsaurid theropods from the Late Cretaceous period. A group of scientists lead by Jun-chang Lü named and described Qiupanykus in 2018.

The name Qiupanykus is derived from the Chinese city of Qiupa, where the bones were discovered, and the Greek word onyx, which means claw. The species name commemorates Shuancheng Zhang for logistical assistance during the fossil search and extraction process. 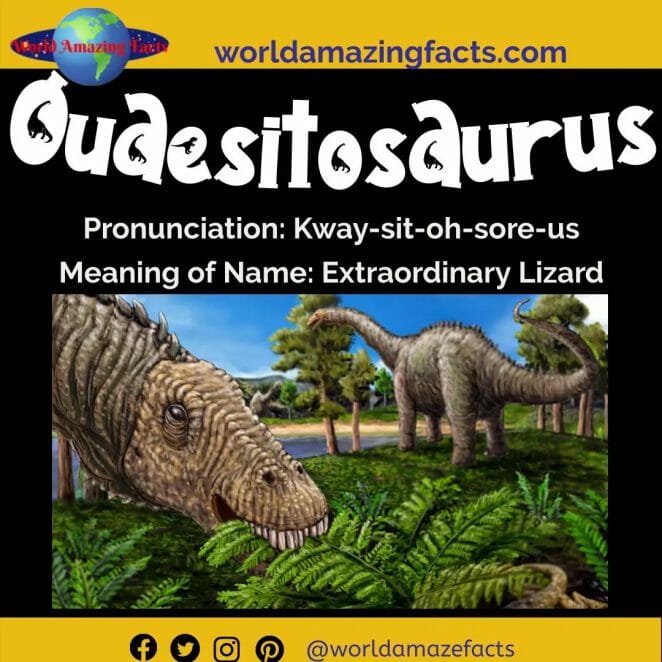 Quaesitosaurus is a genus of nemegtosaurids that lived in what is now Mongolia during the Late Cretaceous period. 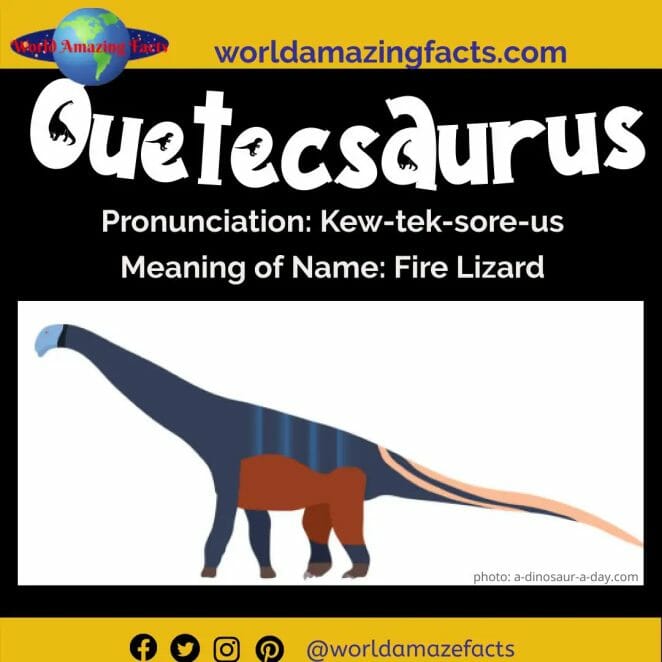 Quetecsaurus is a kind of Titanosaurus from the Late Cretaceous period. Quetecsaurus fossils unearthed in the Cerro Lisandro Formation of Argentina were reported in 2014. It is one of the area’s best-preserved sauropods.

The Milcayac language term “quetec” means “fire,” and in Greek, “sauros,” “lizard.” Milcayac was the language used by the people of the Mendoza region. 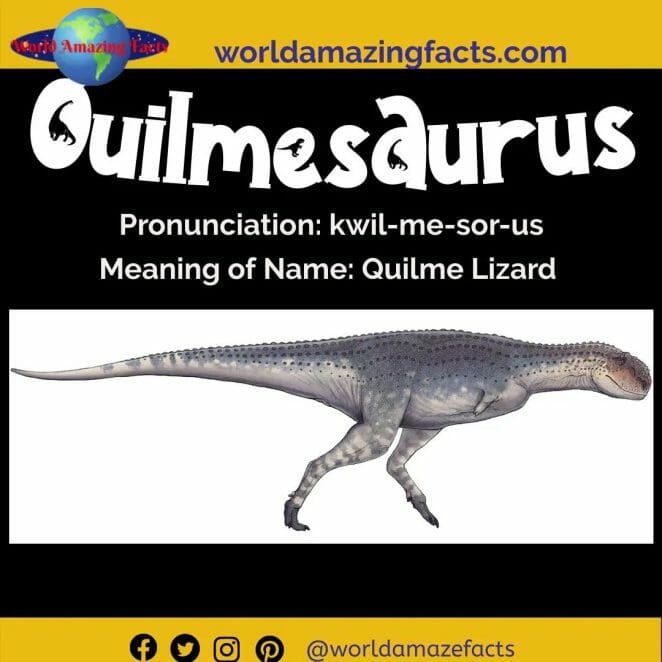 Quilmesaurus is a carnivorous theropod genus that existed in what is now Argentina’s Rio Negro area during the Late Cretaceous period. It is only known for two bones in the hind leg.

Quilmesaurus is named for the city of Quilme, which is located near Buenos Aires. Curriei was named after the Canadian palaeontologist Phillip J. Currie, who was an expert on big theropods.