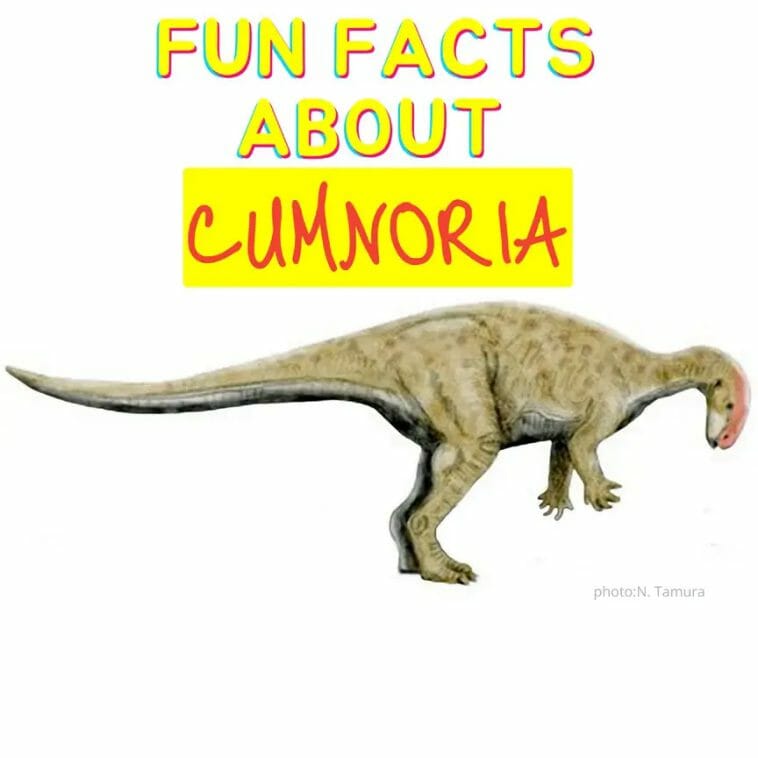 Cumnoria was a genus of herbivorous iguanodontids. It was a basal example of this group that lived during the Upper Jurassic in what is now Oxfordshire, Great Britain. A fragmentary skull and postcranial skeletal components comprise the Cumnoria holotype.

Workers who discovered the fossil initially disposed of it in a dump until one of them collected the bones and gave them to Professor George Rolleston, an anatomy specialist at nearby Oxford University. Rolleston then presented them to palaeontology professor Joseph Prestwich, who identified them as a new species of Iguanodondescribed in 1879, but without naming it.

Prestwich released an essay on the geological stratigraphy of the discovery in 1880. In the same year, John Whitaker Hulke described and named the new genus Iguanodon prestwichii. The species was later identified as a different taxon by Harry Govier Seeley, who established the new genus Cumnoria in 1888. As a result, the type species Iguanodon prestwichii was renamed Cumnoria prestwichii. The genus, however, was rapidly abandoned.

Richard Lydekker identified the species as Camptosaurus prestwichii in 1889. This viewpoint was widely held for over a century. The first modern description of this species was made by Peter Galton in 1980. David Norman determined in 1998 that Seeley’s original description was correct. This viewpoint was shared by Darren Naish and David Martill in 2008. Andrew T. McDonald’s cladistic analyses in 2010 and 2011 confirmed that Cumnoria is a distinct evolutionary position from Camptosaurus dispar.

Cumnoria’s holotype is a petite, bipedal mammal with a graceful physique that is around 3.5 metres in length. The fossil is most likely from a juvenile specimen.

Find out more facts about Cumnoria.

Contents for Fun Facts about Cumnoria

2: How do you pronounce ‘Cumnoria’?

3: What does the name Cumnoria mean?

Harry Govier Seeley determined in 1888 that the taxon formed a new and distinct genus, which he called Cumnoria after the village where it was discovered. Iguanodon prestwichii was so recombined into Cumnoria prestwichii, although Seeley spelt the name prestwichi.

Cumnoria was a type of ornithopod. The remnants of a juvenile individual indicate that they were bipedal and thin. Cumnoria’s original specimen is of a small, bipedal animal around 3.5 metres long and so gracile it resembles a Dryosaurid more than a Styracosternan; nonetheless, this species was most likely a juvenile, implying that adults of the genus would grow much larger and bulkier.