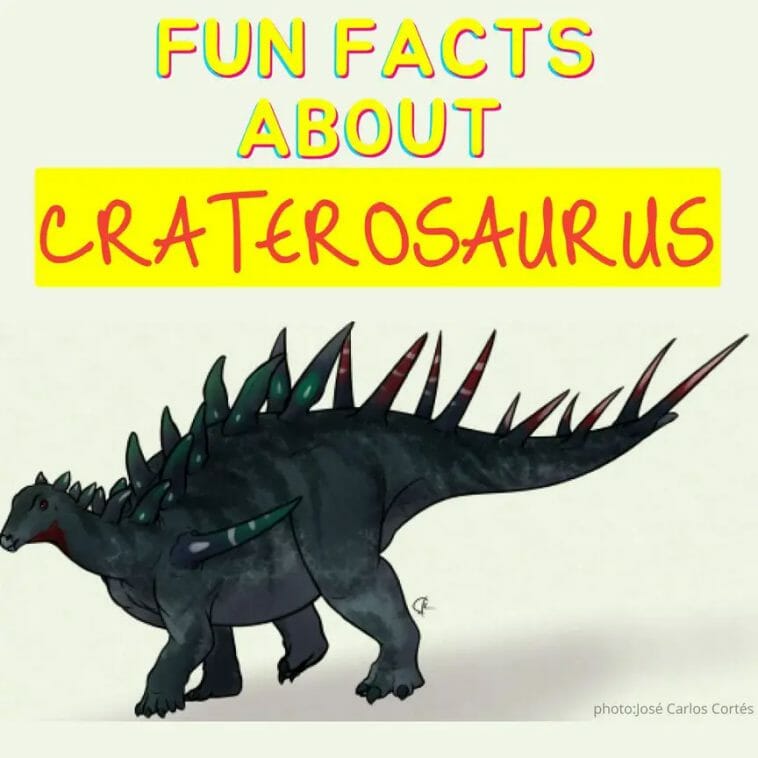 Craterosaurus is a poorly known stegosaur genus, which lived approximately 145 to 136 million years ago, during the Valanginian to Barremian epochs of the Early Cretaceous. It was discovered to be a Stegosaur, although it is unlikely to be its own unique genus, given it is only known from a few fossils and may be synonymous with Regnosaurus.

Find out more facts about Craterosaurus.

Contents for Fun Facts about Craterosaurus

2: How do you pronounce ‘Craterosaurus’?

3: What does the name Craterosaurus mean?

Craterosaurus is derived from the Greek words crater (meaning “cup”) and sauros (meaning “lizard”) and means “bowl lizard.” Due to the huge cup-shaped chamber of the exposed vertebra, it was mistaken for the base and portion of the brain box of the lizard. The name pottonensis refers to the Potton sandstones in which its fossils were discovered.

The only known specimen of a Craterosaurus is an incomplete neural arch of caudal vertebrae. Seeley referred to it as a portion of the cranium, but Nopcs altered the identification of the fossil in 1912. This fossil is extremely fragmented and poorly preserved.

The craterosaur may be the youngest specimen of the Stegosauria, even younger than the Wuerhosaurus, which is generally considered to be the last representative of the Stegosaurus. It is believed that craterosaurs were armoured dinosaurs.