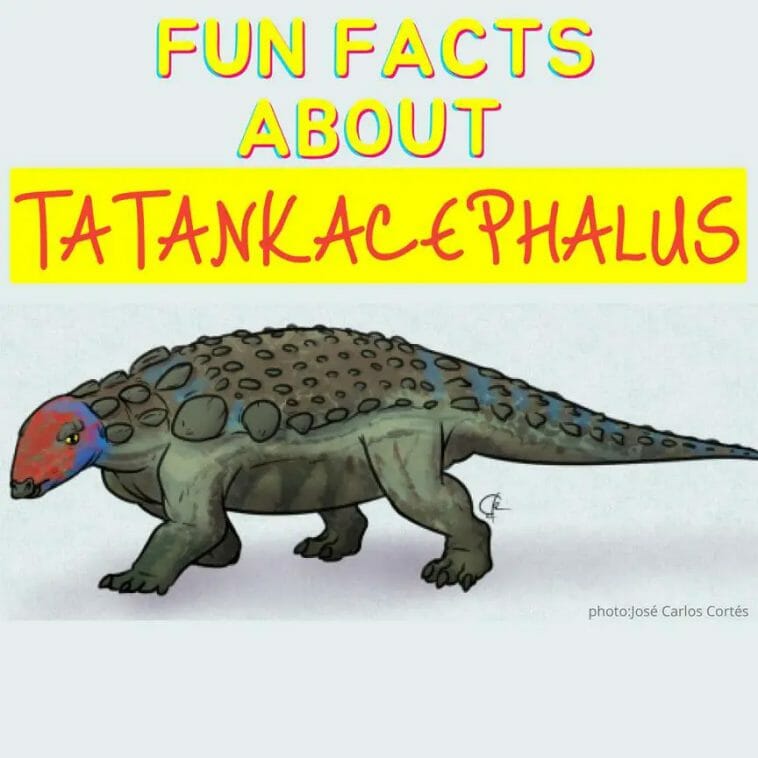 Tatankacephalus cooneyorum is an evolutionary intermediate between the earlier Jurassic ankylosaurids and the more well-known Early Cretaceous taxa. Its name refers to the animal’s horns, which resemble those of a bison.

The skull of this dinosaur was strongly armoured: two rows of lateral horns, two massive armoured humps on the back, and a few smaller bulges in the nasal region gave great stability and resilience. Extensive ornamentation and horn-like plates are also thought to have covered the majority of the rear surface of this dinosaur.

The discovery of Tatankacephalus may potentially call into question earlier beliefs about the appearance of ankylosaurids. Because Parsons, in collaboration with palaeontologist John R. Horner of the Museum of the Rockies, has rebuilt the dinosaur’s skin armour. The notion was that ankylosaurs had an exterior keratinous coating, comparable to turtle shells or bird beaks today.

According to the experts, the pattern could have been much more vibrant and complicated than previously portrayed in reconstructions. Many additional dinosaurs, according to Horner’s theory, could have worn this form of armour and would have been more colourful.

Find out more facts about the Tatankacephalus.

Contents for Fun Facts about Tatankacephalus

2: How do you pronounce ‘Tatankacephalus’?

3: What does the name Tatankacephalus mean?

Tatankacephalus gets its name from the Lakhota term Tatanka, which means bison, and the Greek word kephale, which means head.

Tatankacephalus was an armoured dinosaur that served as a significant evolutionary connection between the primordial and modern ankylosaurs. Modern ankylosaurs were distinguished by their bigger horns and sharply curled noses.

Tatankacephalus cooneyorum were at a transitional phase, as evidenced by their short horns and slightly curved noses. They possessed a spherical skull and eye sockets. Along with the head horns, the two massive domes at the back of the skull and the thick portions around the nasal region provided protection for the animal.