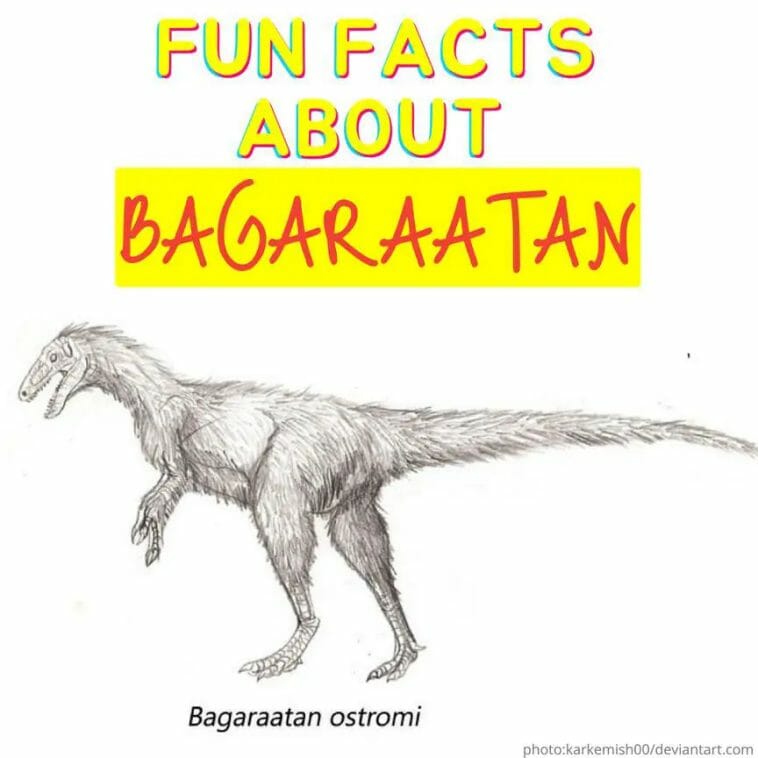 Bagaraatan was a tiny theropod with a narrow, short head. Lower leg bones, caudal vertebrae, a fragmented lower jaw, and portions of the pelvis and femurs are among the items discovered.

Bagaraatan was discovered in what is now Mongolia, where it lived during the Late Cretaceous period about 70 million years ago. Bagaraatan was around 10 to 13 feet long and 3 feet tall at the waist. This increased its size to that of the largest Deinonychus specimens. The discovery is an adult fossil. The precise attribution of the Bagaraatan is contested due to the poor preservation of the remnants.

Contents for Fun Facts about Bagaraatan

2: How do you pronounce ‘Bagaraatan’?

3: What does the name Bagaraatan mean?

The postcranial skeleton of the Bagaraatan was comparable to those of birds, although the skull revealed characteristics of multiple theropod taxa. Its caudal vertebrae are securely fused, hence restricting horizontal and vertical movement, resulting in a highly rigid but muscular tail. Bagaraatan’s head and hindlimbs are relatively small compared to the rest of its body.