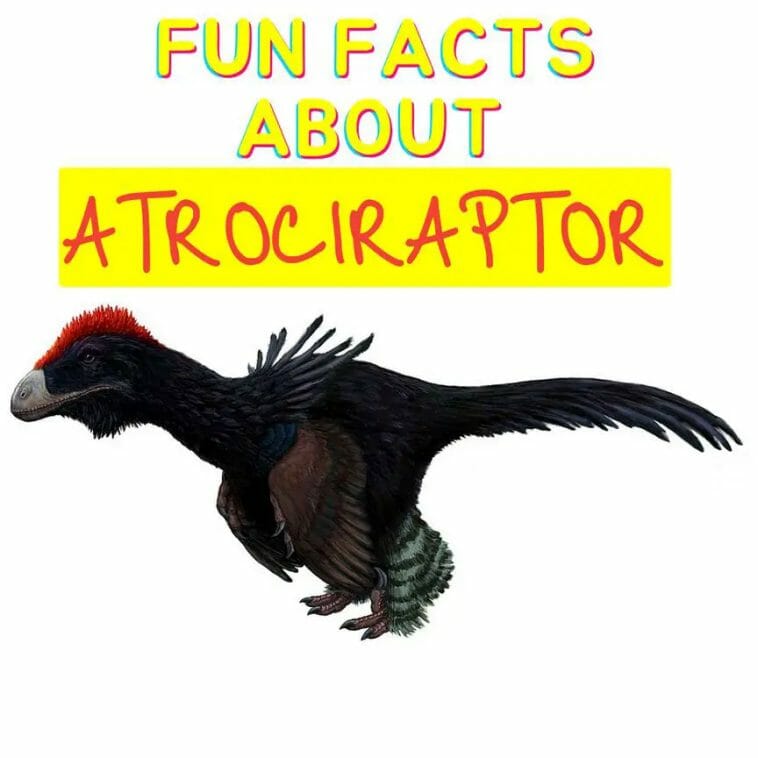 Atrociraptor was a little dromaeosaur that resembled Microraptor in form and size. Only a fragmentary skull of Atrociraptor is known. It was distinguished from other raptors such as Saurornitholestes and Velociraptor by a shorter head and larger backward-sloping teeth that were nearly all the same size.

Parts of the upper and lower premaxilla, both premaxillary bones, the right upper jaw, the lower jaw, and countless small fragments make up the only known specimen. The skull looks to be abnormally small and tall. The teeth are basic, but they protrude from the dental sockets at an angle to the jaw line, resulting in a steeply slanted row of teeth.

Contents for Fun Facts about Atrociraptor

2: How do you pronounce ‘Atrociraptor’?

The name Atrociraptor  should be pronounced “Ah-tross-e-rap-tor.”

3: What does the name Atrociraptor mean?

In 2004, Philip J. Currie and David Varricchio gave this dinosaur the name Atrociraptor, which is taken from Latin words meaning “savage thief.” The species name Atrociraptor marshalli was given in honour of Wayne Marshall, who discovered the remains, including the skull and other parts, in 1995.

Atrociraptor marshalli would have been a tiny dinosaur with a snub-nosed head. It was discovered that its isodont teeth were serrated, which would have made slicing and biting prey simpler. Additionally, the teeth were bigger and angled closer toward the throat than those of the majority of other dromaeosaurid dinosaurs.

It is believed that its body was covered with feathers, which may indicate that modern birds and raptors are related. Its forelimbs were short and likely ended in little claws, while its hind legs were longer and possessed larger claws.