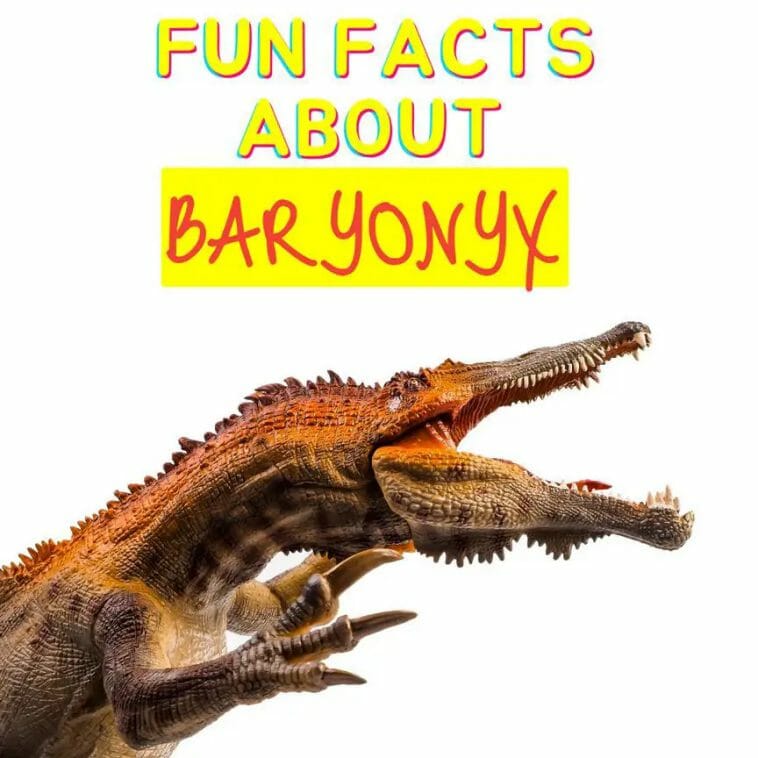 Baryonyx fossils were discovered in a clay mine near Surrey, England, in 1983 by British amateur fossil collector William Walker. In 1986, British palaeontologists Angela C. Milner and Alan J. Charig excavated and scientifically characterised over 70% of the dinosaur skeleton.

The lengthy thumb claw gave rise to the name Baryonyx. Baryonyx most likely lived on lake and river plains extending from southern England to Belgium. It is one of the few known dinosaurs that most likely ate only fish. To obtain its prey, Baryonyx most likely waded in the shallow waters of rivers and lakes.

Based on tooth analyses, researchers believe Baryonyx spent a lot of time in the water seeking for food. Its unique physical traits, such as its long snout with flat, narrow jaws and highly serrated teeth and hooked claws on its forearms, aided it. The skull was around 90 centimetres long, and the nostrils were 10 centimetres below the tip of the snout, allowing Baryonyx to breathe when submerged.

Researchers, however, do not rule out the likelihood that this dinosaur ate other dinosaurs and carrion. A fossil of Baryonyx revealed remains of immature iguanodonts, implying that his diet did not consist entirely of fish.

Contents for Fun Facts about Baryonyx

2: How do you pronounce ‘Baryonyx’?

The name Baryonyx  should be pronounced “Bah-ree-on-icks.”

3: What does the name Baryonyx mean?

The Baryonyx was a Spinosaurus with typical characteristics such as an inverted, humped body, shortened forelimbs, and a long, narrow snout. The skull of the Baryonyx was strikingly similar to that of a crocodile, and these theropods had crocodile-like jaws. They have brown spots on their bodies and tail stripes. Lastly, crocodilian osteoderms ran down its back, and crocodilian scales covered its underbelly.