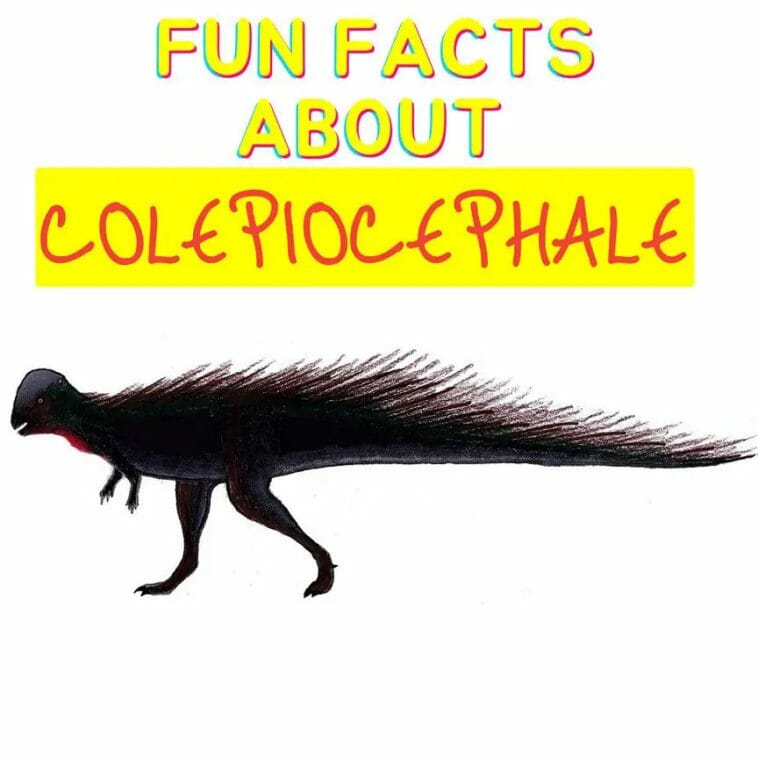 Colepiocephale is a genus of pachycephalosaurid dinosaur found in Alberta, Canada, during the Late Cretaceous period. Dr. Robert Sullivan discovered bones in a scientific investigation that were previously assigned to the pachycephalosaur Stegoceras. Geologist Edward J. Whittaker discovered the fossils in 1923.

Sullivan recognised two new, undiscovered taxa among the fossil remnants. One species was named Colepiocephale, and the other was named Hanssuesia (in honour of Dr. Hans-Dieter Sues). Only portions of the skull are used to describe the Colepiocephale. The skullcap was arched and thickened, as it was in all pachycephalosaurs.

Contents for Fun Facts about Colepiocephale

2: How do you pronounce ‘Colepiocephale’?

3: What does the name Colepiocephale mean?

The term derives from the Latin word “colepium” (“knuckle”) and the Greek word “cephale” (“head”), both of which relate to the curvature of the dome’s back. The species name honours Lawrence Lambe, a Canadian palaeontologist.

Only the Colepiocephale skull has been rebuilt, and it has been concluded that it is a pachycephalosaur with a dome-shaped head. The squamosal shelf on the back and sides is missing.

There are two incipient nodes tucked beneath the posterior margin of the parietosquamosal border of the parietal bone. It is not believed that Colepiocephale are huge, although their weight and other distinguishing characteristics are unknown.