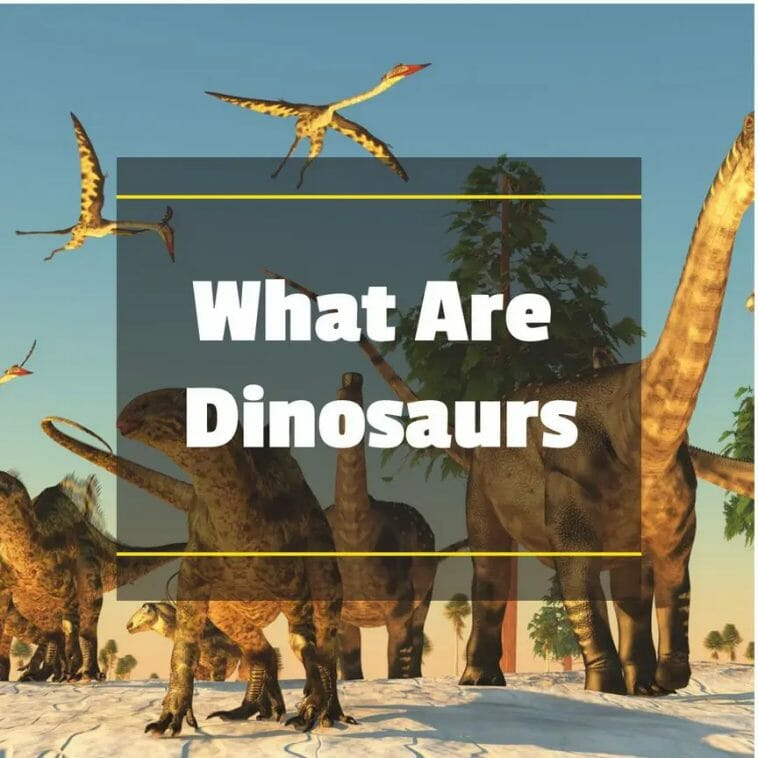 Dinosaurs are a reptile group that has existed on Earth for approximately 245 million years. They evolved varied sizes and shapes, from the terrifying gigantic Tyrannosaurus rex to the tiny Microraptor, and were able to thrive in a variety of environments. While dinosaurs are often thought to be extinct and only known through their bones, palaeontologists consider contemporary birds to be a surviving group of avian dinosaurs.

Dinosaurs are frequently included in best-selling novels and films, such as Jurassic Park, due to their enormous size and supposedly monstrous and bizarre nature. Persistent public interest in dinosaurs has resulted in substantial financing for dinosaur research, and media outlets often report on new findings.

The Era of the Dinosaurs

There are various theories about what caused non-avian dinosaurs and other species to become extinct at the conclusion of the Cretaceous Period. It’s almost clear that a big asteroid or comet collided with Earth at this time, creating a drastic change in the planet’s climate. According to some scientists, the impact had disastrous repercussions for life on Earth. However, other factors like as rising sea levels and large-scale volcanic activity could have had a role in the extinction.

The first dinosaur fossils were discovered in the early nineteenth century, with Sir Richard Owen coining the term “dinosaur” (meaning “terrible lizard”) in 1841 to describe these “great fossil lizards.” Mounted fossil dinosaur skeletons have since become important attractions in museums around the world, and dinosaurs have become a important part of popular culture, and dinosaurs have become a regular part of popular culture.

The genuse Herrerasaurus, Eoraptor, and Eodromaeus are among the oldest unequivocal dinosaur fossils, dating from around 231 million years ago and found in Ischigualasto Provincial Park in northwestern Argentina. Nyasasaurus, a genus discovered in Tanzania approximately 240 million years ago, is still the subject of debate among scientists as to whether it is actually an early dinosaur or a dinosauromorph, a group that comprises dinosaurs and their close relatives.

Ornithischia, Sauropodomorpha, and Theropoda are the three groups that these dinosaurs belong to. The exact relationship between each of them is still up for discussion. Triceratops and stegosaurus are both members of the Ornithischians group. The word “bird hipped” refers to a pelvis that resembles that of a bird. Surprisingly, birds did not originate from this group.

Sauropods, on the other hand, are long-necked, long-tailed dinosaurs like brontosaurus and diplodocus that grew to enormous proportions. These are Saurischians, or lizard-hipped dinosaurs, who belong to a different lineage.

Then there were the theropods, such as Tyrannosaurus rex and its companions. Because nothing in palaeontology is straightforward, these creatures have also been labelled as ‘lizard hipped’ dinosaurs, despite the fact that they gave origin to avian dinosaurs.

The most widespread misunderstanding is that pterosaurs are dinosaurs. Pterosaurs are winged reptiles that are archosaurs, which means they are dinosaur relatives but not dinosaurs. Extinct and extant crocodiles, as well as their near relatives, make up the order Crocodilia. Crocs are archosaurs, not dinosaurs. The Archosauria clade includes only living crocodilians and birds. Predatory reptiles known as mosasaurs, plesiosaurs, and ichthyosaurs populated the Mesozoic waters. None of these reptiles, however, are dinosaurs.

What distinguishes a dinosaur from other species?

A simple change in the posture of their legs was one of the most important evolutionary adaptations that let early dinosaurs dominate the land. Dinosaurs stood straight up, with their legs perpendicular to their bodies. This is the characteristic that distinguishes dinosaurs from other reptiles. The dinosaurs laid eggs, just like other reptiles do.

Dinosaurs, with the exception of some birds like penguins, lived on land, not in the water. There was a hole in their skull between their eyes and nose. All archosaurs have this same trait. There were also two holes behind the eye sockets of dinosaurs. Through the perforations, large, robust jaw muscles attached directly to the top of the skull. As a result, the jaws could expand wider and clamp with greater force.

What colours were dinosaurs?

There is no direct fossil evidence to indicate what hue dinosaur skin was. Paleontologists believe that certain dinosaurs had protective colouring, such as a pale underbelly to reduce shadows, irregular colour patterns (also known as “camouflage”) to make them less visible in foliage, and other similar characteristics.

Dinosaurs with sufficient armour, like stegosaurs and ceratopsians, may not have required vivid coloration for protection, but these dinosaurs may have been brightly coloured as a warning to potential predators or as a display for the purpose of finding a mate. It’s likely that the majority of dinosaurs had colours as vivid as those of modern reptiles, snakes, or birds.