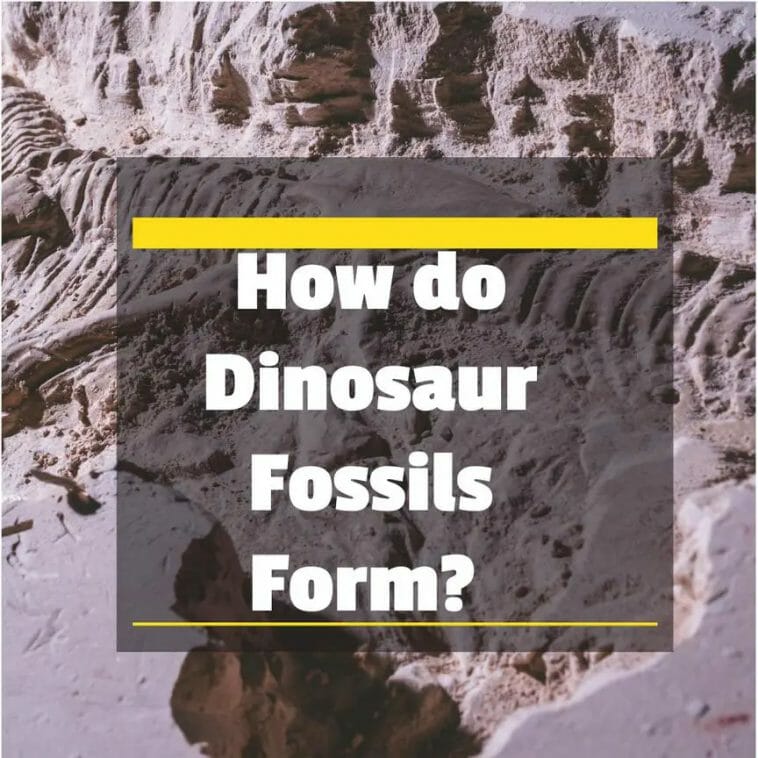 Even though dinosaurs lived millions of years ago, we know they existed because some of them became fossils upon death. Fossils are the only evidence we have of the existence of extinct species like dinosaurs and other animals. Without fossils, we would have no idea that these creatures ever lived. In most cases, the decaying process will entirely consume the bodies of deceased animals and other living things. On occasion, though, they are buried in methods that prevent their deterioration over time. It’s possible that these ruins will transform into fossils throughout time.

What exactly is a fossil?

A fossil is a piece of prehistoric plant or animal that is at least 10,000 years old and has been preserved in the form of a rock. Bones and teeth are the most common kind of fossils, but there have also been discoveries of fossilised footprints and skin imprints.

Ancient riverbeds and lakes, caverns, volcanic ash falls, and tar pits are among the places where fossils have been discovered.

How are dinosaurs turned into fossils?

The majority of ancient animals were never preserved as fossils. Their bodies were most likely eaten by other species or eroded by wind and water. But, on rare occasions, the circumstances were favourable, and their bodies were saved. The most prevalent kind of fossilisation occurs when an animal dies and is buried by sediment such as sand or silt.

Petrification is the most popular method for preserving an animal, such as a dinosaur. Primarily, fossilisation occurs when an animal is covered by sediment, such as sand or silt, immediately after its death. Sedimentary strata prevent the decomposition of its bones. As its body decomposes, all of its soft parts wear away, leaving only its bones, teeth, and horns.

Several further layers of sediment accumulate on top. This places a great deal of weight and strain on the lower layers, which causes them to become compressed. They ultimately transform into sedimentary rock. During this process, water penetrates into the bones and teeth, transforming them into stone by depositing minerals. This procedure can take thousands or perhaps millions of years to complete.

Where can you find fossils?

Most fossils can be found in sedimentary rocks. Sedimentary rocks are made when sand, silt, mud, and organic matter build up in layers, which are then compressed together to make rock.

Since the Mesozoic Era (251–65.6 million years ago) was a time when non-avian dinosaurs thrived, palaeontologists hunt for sedimentary rock outcrops that were created during this era. When looking for fossils, scientists usually go to areas with little vegetation on the ground so that any fragments that weather out of sedimentary rock strata can be seen more easily. ‘Badlands‘ are often used to describe the rocky ridges and ravines that make up these locations.

Paleontologists typically use geologic maps to locate Mesozoic sedimentary rock layers that are exposed on the Earth’s surface in different locations of the country. The hunt for dinosaur fossils can begin once the right rock layers have been identified, and there is a good chance of finding the kind of dinosaurs sought after. While searching for fossils, other types of fossils may be found by chance.

Is it true that all fossil animals are dinosaurs?

No. Dinosaurs are a class of extinct reptiles that shared a number of distinctive skeletal characteristics among themselves. The hips, the hind legs, and the ankles were modified in such a way that they enabled the legs to travel directly under the body, as opposed to modern lizards, in which the legs reach out from the side of the body.

This configuration allowed dinosaurs to put their knees and ankles right below their hips, which provided the essential attachments for exceptionally strong leg muscles. It also allowed dinosaurs to bring their knees and ankles precisely below their hips. The skeletons of dinosaurs were cleverly constructed so that they could withstand the weight of a massive body, stand straight, and move quickly. The front legs were designed for catching prey, sustaining weight, and walking and running. Dinosaur skulls were constructed for maximum strength, for least weight, and in certain cases for gripping, holding, or tearing at prey.

These characteristics of dinosaur skeletons distinguished them from the skeletons of other extinct reptiles, such as Dimetrodon, plesiosaurs, and pterosaurs. In addition, fossil mammals such as mammoths and saber-toothed tigers are frequently mistakenly referred to as dinosaurs.

Are there any living fossils alive today?

Since the beginning of life on Earth, there have been significant shifts in the appearance of both plants and animals, as evidenced by fossils. However, there are living plants and animals that bear a startling resemblance to fossils that are millions or even billions of years old. The term for these species is “living fossils.”