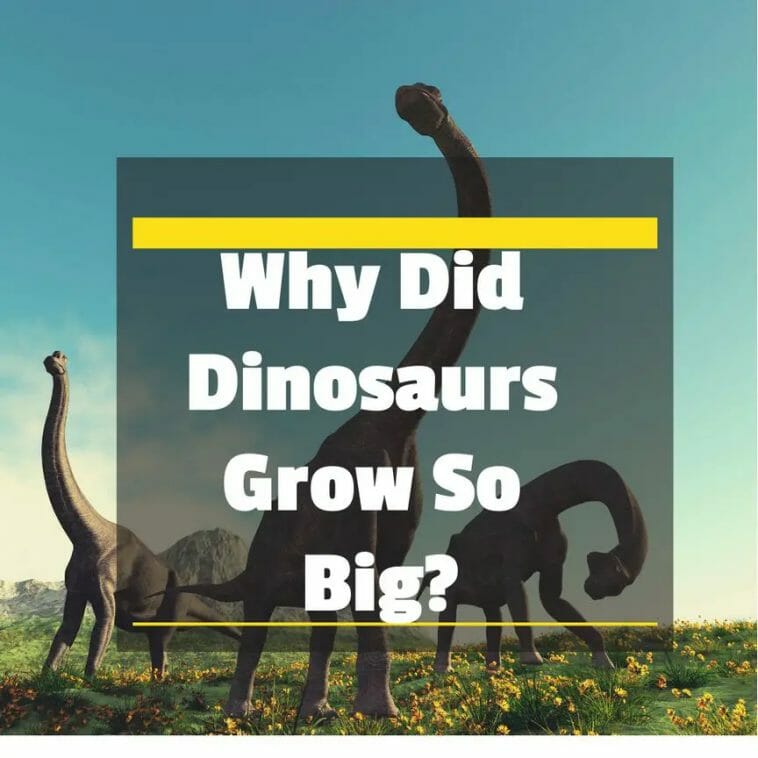 The sheer size of dinosaurs is one factor that makes them so fascinating to both children and adults. It is evident from fossil evidence that dinosaurs were the largest group of animals ever to have existed. Scientists and the general public have been astonished by the scale of dinosaurs since their discovery, in addition to their terrible and awe-inspiring forms.

There is a good chance that sauropod dinosaurs were the largest land animals that have ever lived. For instance, Argentinosaurus, a titanosaur of unrivalled proportions, may have tipped the scales at anywhere between 50 and 100 tonnes. The only modern animals that come close to matching their size are whales, whose weight is balanced by the water around them.

But everyone wants to know how and, more specifically, why they got so big. Several species of sauropod dinosaurs surpassed 30 metres in length and 70 tonnes in weight. This phenomena has been the subject of numerous hypotheses.

Sauropods were a special kind of dinosaur. Their bones were hollow, they didn’t chew their food, they had very long necks, and they probably had big stomachs. Scientists think that these traits are a big part of how they got to be so big.

This allowed them to take in a large quantity of food in a very short amount of time. In addition, because they did not require an extensive number of large teeth for biting, their heads were smaller, allowing their necks to be longer. This allowed them to access a greater variety of plants from a single feeding location.

2: The dinosaurs with gigantism had an evolutionary advantage.

Giraffes have an advantage over other herbivores when it comes to gathering food because of their long necks, which enable them to reach higher vegetation that other herbivores cannot reach. A larger body is required in addition to such a lengthy neck in order to properly support it.

Additionally, it is more difficult to hunt large creatures. If one dinosaur is enormous and another is small, it will be easier for predators to capture and kill the smaller dinosaur. Thus, the larger dinosaur survives and has offspring that may reach adulthood slightly larger than their parents. This can be traced back to dinosaurs in the same manner as herbivores grow mass to avoid being preyed upon, carnivores gain mass to make it simpler for them to prey on the massive herbivores. Both are pushed to the extremes of size through evolutionary time.

Another explanation proposes that the greater availability of plant material that existed in the warm atmosphere that was rich in carbon dioxide during the Mesozoic would have been sufficient to supply huge herbivores with sufficient food.

Due to the presence of high levels of carbon dioxide and high temperatures, the prehistoric world was covered in a thick layer of vegetation consisting of a variety of plants, trees, and mosses, among other things. It’s possible that sauropods grew to such enormous sizes due to the abundance of food that was available to them.

What do we know about the size of dinosaurs?

Paleontologists do not know why and how this occurred, but it’s possible that their big bodies kept them safe from most predators, helped keep their bodies at the right temperature, or let them reach new food sources. Paleontologists believe that the world of the dinosaurs was very different from today’s world and that climate and food supply must have been conducive to reaching vast size because no modern species, with the exception of whales, is even near in size to the largest dinosaurs.