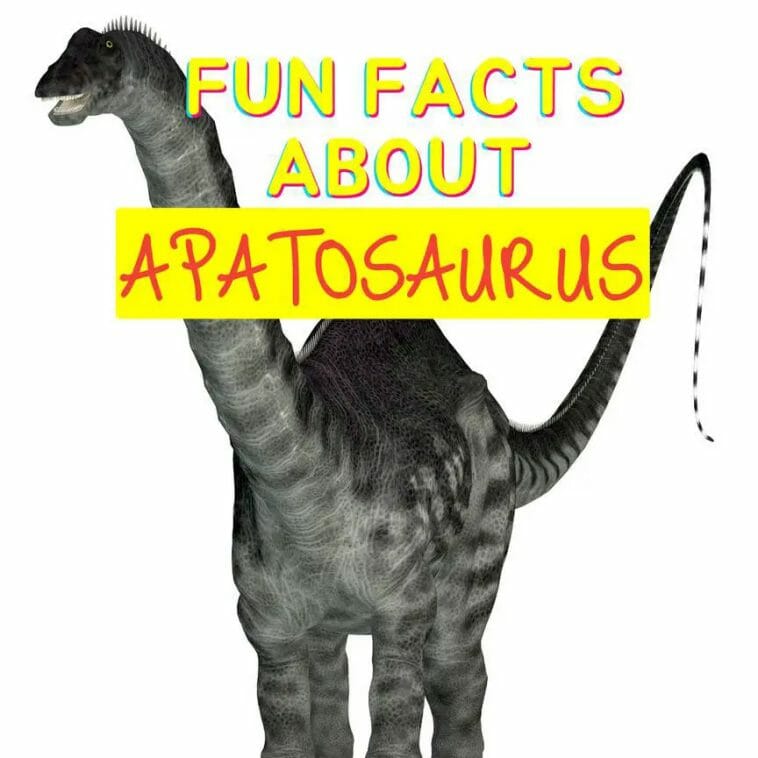 In spite of the fact that some individuals continue to refer to Apatosaurus as Brontosaurus, the name Brontosaurus is the product of a fossil mix-up. The first Apatosaurus specimen was unearthed in 1877. It was previously known as Brontosaurus (junior synonym). Apatosaurus was named by Othniel C Marsh as the new sauropod species. He initially described the Brontosaurus and Apatosaurus skeletons in separate ways, only to discover later that they belonged to the same genus but were not the same species.

When scientists found out that these two names were the same, the Brontosaurus name was already more well-known than the Apatosaurus name. So, it’s easy to see why people get confused when someone talks about the Brontosaurus but calls it an Apatosaurus. Some scientists want the name “Brontosaurus,” which most palaeontologists have known since they were kids, to be the main name for these dinosaurs. And the debate over the name is still going on. A 2015 study found enough differences between two Apatosaurus fossils to suggest that one of them should be moved to the Brontosaurus genus.

Find out more about the Apatosaurus by reading this article.

Contents for Fun Facts about Apatosaurus

The Apatosaurus dinosaurs had a long neck and a smaller head than other dinosaurs. It was a big, quadrupedal creature with a whip-like tail. Front legs were shorter than back legs. It possessed peg-like teeth that seemed insignificant for such a big monster. When compared to the Diplodocus neck, the Apatosaurus neck was smaller and thicker.

3: What does the name Apatosaurus mean?

Apatosaurus is derived from the Greek terms apate/apatelos, which means “deceptive,” and sauro, which means “lizard.” It was given this name by Marsh because some of its bones looked like those of mosasaurs, a huge aquatic reptile.

4: How do you pronounce ‘Apatosaurus’?

Apatosaurus is pronounced as “ah-PAT-oh-sore-us.”

5: What did Apatosaurus eat?

Apatosaurus is thought to have mostly eaten low-lying plants, but if its neck was flexible enough, it could have eaten delicate leaves from taller trees. Apatosaurus most likely devoured whole plants without chewing them and ate stones to aid digestion. According to a 2008 study published in the Proceedings of the Royal Society B, Apatosaurus, like other huge sauropods, required to eat up to 400 kilogrammes (880 pounds) of food per day to survive.

In the spring of 1877, Arthur Lakes, a local miner, and his friend Henry C. Beckwith discovered the first Apatosaurus fossils in Morriso, Colorado. Morrison is located in Gunnison County, Colorado, in the eastern foothills of the Rocky Mountains.

7: Where did Apatosaurus live?

Fossils of Apatosaurus have been discovered at Wyoming’s Nine Mile Quarry and Bone Cabin Quarry, as well as in Colorado, Oklahoma, Wyoming and Utah.

8: When was the Apatosaurus alive?

Apatosaurus was a herbivorous sauropod dinosaur that lived during the Late Jurassic period, between 154 and 145 million years ago.

9: What kind of climate did Apatosaurus inhabit?

Apatosaurus would have preferred to live near riverbanks, where they could find both water and trees. They couldn’t dwell in the woods because they were too large to walk through them. Now, it seems likely that they lived on dry land, based on where fossils have been discovered.

10: What was Apatosaurus’s height and weight?

11: Did Apatosaurus have predators?

12: How did the Apatosaurus protect itself?

Smaller predators stay away from the Apatosaurus because its long tail could hurt them if it was swung like a giant whip. With its tail, it could produce high-pitched sounds of up to 200 decibels, scaring away most of its predators. There was also the defence of a much higher neck, which made it harder to get bitten in a vital artery while standing.

13: How did Apatosaurus move?

The Apatosaurus walked on four legs, moving slowly but covered a lot of ground in a short period of time thanks to trunk-like appendages. These dinosaurs’ footsteps, which can be up to a yard long and engraved firmly into the ground, have been discovered. The majority of their weight was carried in their torsos and legs, yet it was all muscle. Due to the effort required to move, these dinosaurs never acquired fat, as they constantly burned the calories they consumed while searching for more food to power their massive bodies.

14: How many eggs did Apatosaurus lay?

Similar to other sauropods, Apatosaurus hatched from a 1 foot (30 cm) broad egg. Eggs of sauropod dinosaurs have been discovered in a linear pattern and not in nests, suggesting that they were laid when the dinosaurs were on the move. There is speculation that sauropods did not care for their eggs.

15: How fast can Apatosaurus run?

The Apatosaurus is reported to have a maximum speed of 9 mph. While searching for additional food to feed their massive bodies, these dinosaurs never got fat because of the constant burning of calories they consumed while moving.

16: Why is the finding of Apatosaurus significant?