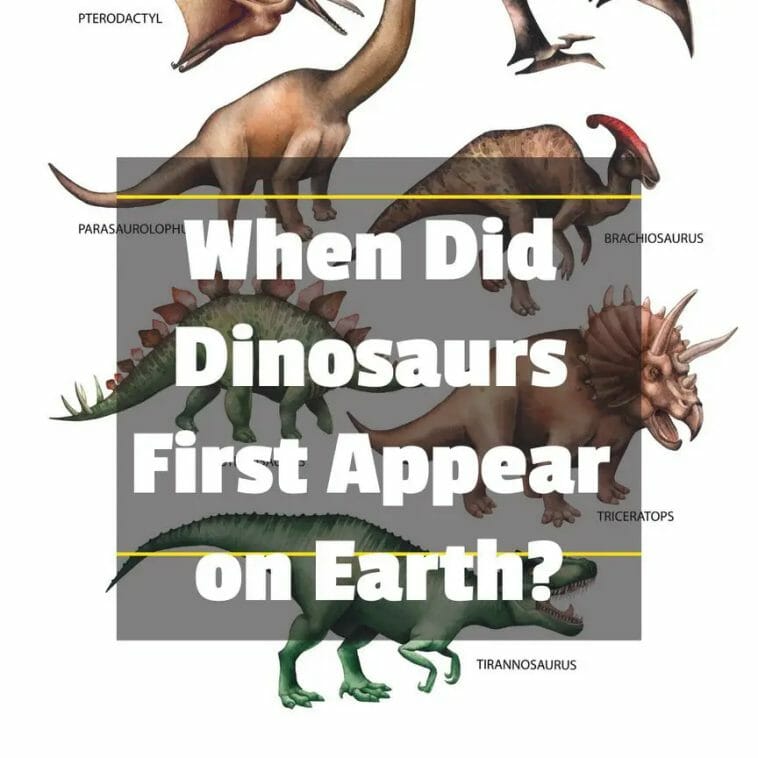 Dinosaurs are a group of reptiles that ruled the land for more than 174 million years during the Mesozoic era, which lasted from about 245 million years ago to about 66 million years ago. This happened a long time before the first modern people, called Homosapiens, showed up.

During these long periods, many species have changed, grown, declined, and died out for good. Some of the more successful species “ruled” the world for a few million years before they, too, became less successful and went extinct.

During the Mesozoic era, which ran from about 245 million to 66 million years ago, reptiles were the most common land animals. The Mesozoic Era is divided into three periods: Triassic, Jurassic, and Cretaceous. During this time period, the land began to break apart into smaller continents. The resulting changes in climate and vegetation had an impact on dinosaur evolution.

During the Triassic Period, all continents were part of a single landmass known as Pangaea. This meant that there were only small changes between animals or plants found in different places. The environment was hot and dry, and huge deserts covered a considerable portion of the area. There were no polar ice caps back then, unlike now.

Dinosaurs, as well as other reptiles, first evolved in this habitat. Reptiles thrive in hot temperatures because their skin is less porous than mammal skin, which allows them to lose less water in the heat. Kidneys from reptiles are also superior at preserving water. Pangaea began to break apart around the end of the Triassic period due to a series of earthquakes and enormous volcanic eruptions. The North Atlantic Ocean was born at this time.

A major extinction occurred towards the conclusion of the Triassic Period, the causes of which are still being discussed. Many huge terrestrial animals were wiped out, but dinosaurs survived, allowing them to evolve into a wide range of forms and grow in numbers.

A major extinction occurred towards the conclusion of the Triassic Period, the causes of which are still being discussed. Many huge terrestrial animals were wiped out, but dinosaurs survived, allowing them to evolve into a wide range of forms and grow in numbers.

Pangaea, the single landmass, broke into two, Laurasia to the north and Gondwana to the south. Despite this difference, similarities in the fossil records of the two continents indicate that there were geographical links between them during the early Jurassic. Later in the time, these areas grew more distinct.

Temperatures declined marginally, but the atmosphere was still warmer than it is now due to higher levels of carbon dioxide. As a result of the vast seas forming between the land masses, rainfall increased. Plants like ferns and horsetails were able to spread across large areas as a result of these modifications. Some of this plants eventually evolved into the fossil fuels we use today.

Forests of towering conifer trees could be found elsewhere. The abundant plant supply aided the evolution of massive plant-eating sauropods like Apatosaurus, Diplodocus, and Brachiosaurus. These are some of the most massive creatures that have ever walked the face of the planet. Their herds dominated the region towards the end of the Jurassic.

Period of the Cretaceous (145 to 66 million years ago)

During the Cretaceous period, sauropods grew even larger and the land separated even more, forming several of the continents we know today, though in different places. As a result, dinosaurs evolved independently in different parts of the earth, resulting in a greater diversity of species. Diversification occurred in other groups of species as well.

During this period, the first snakes and floral plants appeared. Bees and other insect groups appeared, assisting in the spread of flowering plants. Tree climbers, ground dwellers, and even small dinosaur predators were included in the category of mammals.

During the Cretaceous Period, sea levels fluctuated dramatically. Many shallow seas separated parts of the continents that we know today at their peak point. Europe, for example, consisted of numerous smaller islands.

The Dinosaur Era Has Come to an End

The Age of Dinosaurs lasted approximately 165-200 million years before abruptly ending. We don’t know exactly what killed the dinosaurs yet, but it was almost definitely an abrupt and devastating change in the earth’s temperature around 66 million years ago, when the Cretaceous Period came to an end. At the conclusion of the Cretaceous epoch, something occurred that caused the extinction of 75 percent of all species on Earth, not just the dinosaurs.

Scientists currently believe that a big asteroid impact is the most likely cause of the demise of the dinosaurs. Many scientists now consider birds to be dinosaurs, implying that dinosaurs exist on Earth. All non-avian dinosaurs died out roughly 66 million years ago, at the end of the Cretaceous epoch.

Perhaps one day it will be possible to determine what caused the end of the dinosaurs’ 200 million-year reign as dominant animals. We are continually unearthing fossils that offer us with more and more knowledge on the animal species of those distant ages, so we may yet discover the answer to a question that has never been satisfactorily resolved.