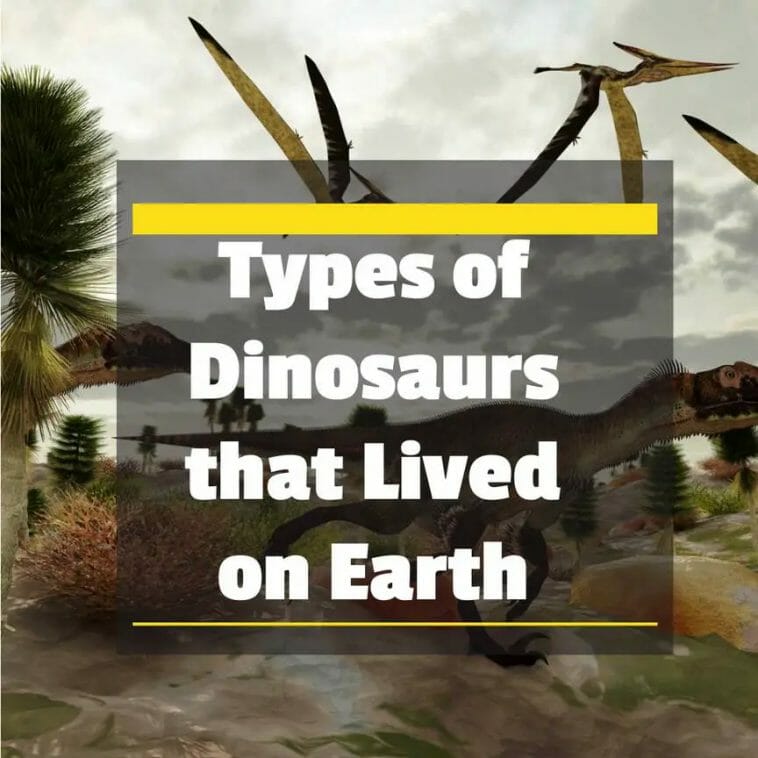 Dinosaurs came in a wide range of shapes and sizes. As a diverse group of reptiles, dinosaurs can be divided into a number of different groups. Understanding these groupings can serve to explain how many species are linked to one another and evolved from common ancestors, as well as aid in putting T. Rex, Triceratops, and Velociraptor into a larger context. Even though scientists know about thousands of different dinosaur species, most of the dinosaurs we know about can be put into seven main types.

Theropods, or meat-eating dinosaurs, make up the earliest group of extinct reptiles. Theropods are a complex and diverse group known for their love of meat. Although certain theropods deviated from a carnivorous diet and there is evidence of some dinosaurs being omnivores, all of the well-known dinosaurs with large, pointed teeth are theropods.

Theropods had powerful legs and clawed feet that resembled three-toed birds. Along with T. Rex, they were renowned for having short arms. Other theropod examples include Allosaurus, Albertosaurus, Coleophysis, Megalosaurus, Oviraptor, Spinosaurus, and Velociraptor.

The Sauropods were a big and diverse group of gigantic dinosaurs with small heads, long necks, and long tails, and they moved on all fours. Sauropods were herbivores. Sauropods first appeared 228 million years ago and ruled the Earth for the next 100 million years. During the Mesozoic, they were the most important group of land reptiles. 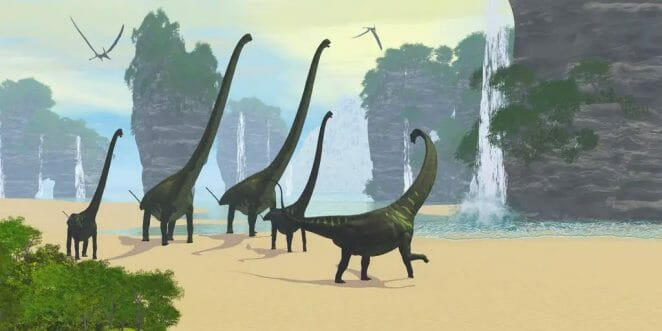 There are Sauropod fossils all across the world, including Antarctica. Apatosaurus, Diplodocus, and Brachiosaurus are among the most well-known sauropod species. As with other dinosaurs, sauropods began life as relatively small creatures. However, they grew to become the largest animals to ever walk the planet. Included among the sauropods are Apatosaurus, Brachiosaurus, Diplodocus, and Giraffatitan.

One significant branch of the thyreophora tree, the stegosaurs, was widespread throughout the Jurassic. Stegosaurs, like the Stegosaurus, were characterised by their bony plates and spikes as well as their slow movement.

One of the greatest puzzles in palaeontology is the existence of their bony plates on their back. There have been many theories put forth, ranging from thermoregulation to defence to sexual display, but none have been completely persuasive.

Ankylosaurs were tiny to medium-sized dinosaurs with flexible bone plates or slabs covering their bodies. Ankylosaurs were Cretaceous-era, massively armoured tank-like beasts. This group includes the spiky Nodosauridae and the tail-clubbed Ankylosauridae as its two main subgroups. Ankylosaurus, Minmi, Euoplocephalus, and Polacanthus are examples of ankylosaurs.

Ornithischians are a varied group of dinosaurs that are closely related to saurischians. Ornithopods possessed feet that resembled birds and walked and ran on their two hind legs. Ornithopods had hips that are more flattened and pointed toward the tail, which allowed for a larger gastro-intestinal tract that these animals used to handle their nearly entirely plant-based meals.

Ornithopods have more spiky teeth up front and rasping teeth farther back in their mouths. Corythosaurus, Lesothosaurus, Iguanodon, and Parasaurolophus are a few Ornithopod examples.

Ceratopsia dinosaurs typically lived in big herds and had four legs and three horns. Some Ceratopsia possessed a bony frill around their face. Others had beaks resembling parrots. Contrary to the name, not all members of this group had horns on their faces. A frill, a bony projection extending from the rear of the skull to the back of the neck, was much more ubiquitous.

Ceratopsians, often known as horn-faced dinosaurs, include Psittacosaurus, Styracosaurus, Triceratops, and other dinosaurs with horned faces. The Mongolian protoceratops is a well-known early example. The function of the horns, spikes, and frills is still a subject of intense discussion.

Dinosaurs known as pachycephalosaurs had thick skulls, moved slowly on their hind legs, and lived in groups. Their skull development resulted in a dome-shaped head encircled by tiny spikes rather than frills or genuine horns.

Many times, it is hypothesised that this dome served as a site for intra-species conflict for mates or territory, much to what rams or deer do now. Their domes may have served the same functions as those of their ceratopsian relatives, including mating and recognition. Pachycephalosaurus, Stegoceras, and Prenocephale are a few examples of Pachycephalosaurs.