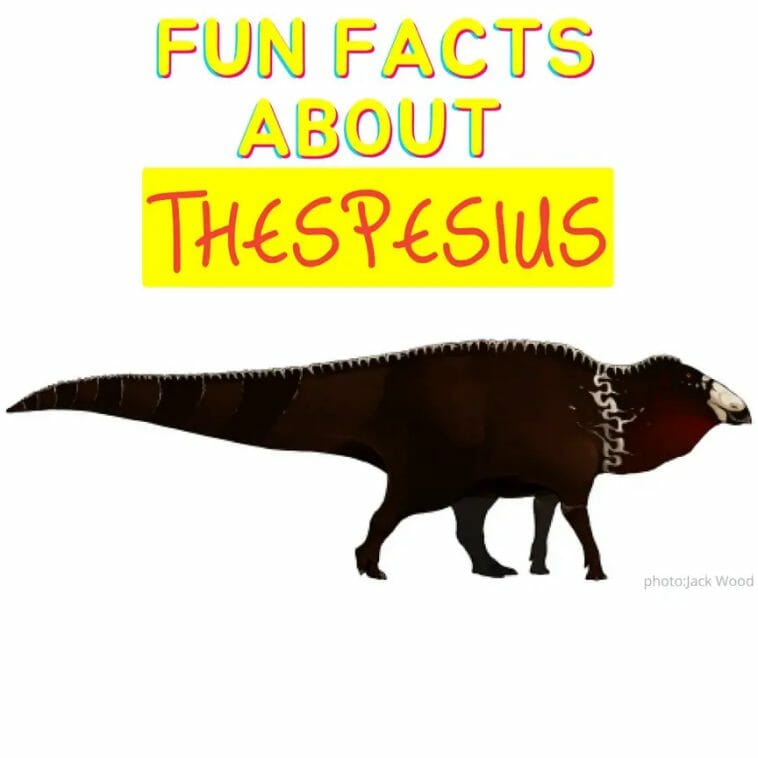 Thespesius is a little known Saurolophine with one of the more intriguing genera names given to dinosaurs. It was discovered in South Dakota’s Lance Formation. Thespesius lived approximately 66 million years ago, during the Maastrichtian period of the Late Cretaceous, making it one of the most recent hadrosaurs to survive. The remains are catalogued as USNM 219, USNM 220, and USNM 221 at the Natural History Museum in Washington, District of Columbia.

Even though Thespesius was determined to be a dinosaur, subsequent research indicated that it was poorly recognised, and despite being a hadrosaur of comparable importance to Trachodon, it has not received much attention or significance since the early 1900s.

Find out more facts about Thespesius.

Contents for Fun Facts about Thespesius

2: How do you pronounce ‘Thespesius’?

3: What does the name Thespesius mean?

The generic name Thespesius is derived from the Greek word thespesios, which means “wonderful,” due to the enormous size of the bones.

Leidy refrained from putting the suffix “saurus” in the genus name because Vandeveer Hayden said the bones came from a Miocene stratum, therefore there was a chance the animal was a mammal, despite Leidy’s conviction that it was a dinosaurian. In Latin, the specific name means “western.”

The description of Thespesius was based on enormous vertebrae and a phalanx, indicating that it would have been a somewhat huge hadrosaur.

Aside from the knowledge that the Thespesius had a duck-like beak and belonged to the Hadrosaurid genus, the fossils do not reveal much about its appearance. The fossils discovered by the palaeontologist indicate that it is a caudal vertebra. The Thespesius was a greenish-brown hue. A preliminary depiction of the Thespesius reveals that it had longer front limbs and could walk and run on all fours, whereas some dinosaurs had shorter front limbs.