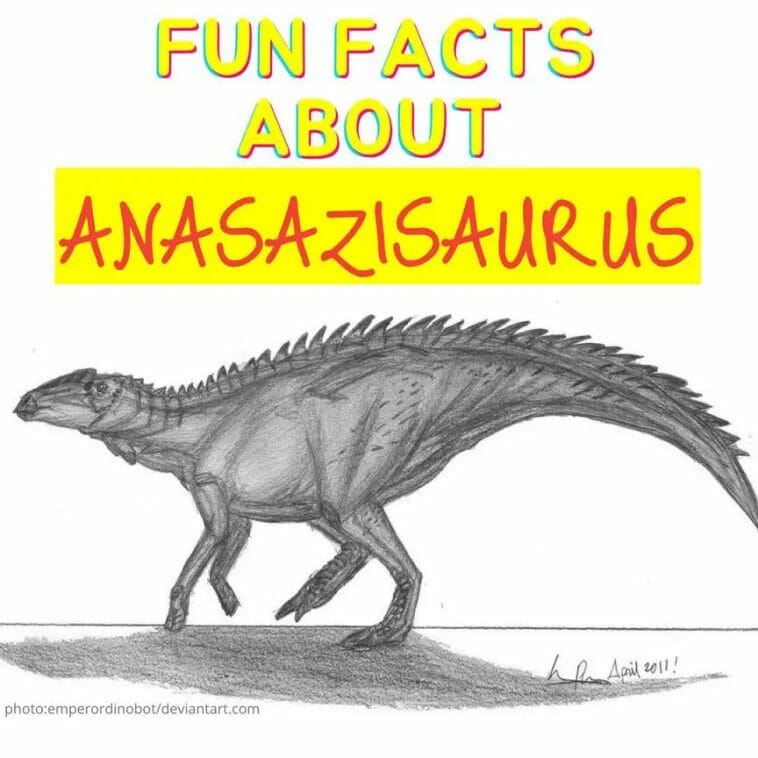 In 1992, Jack Horner discovered a typical Anasazisaurus, which turned out to be a Critosaurus ( Kritosaurus navajovius ). Hunt and Lucas discovered that the K. navajovius holotype was undiagnostic in 1993, and this taxon was designated as nomen dubium. As a result, they established a new genus and species, Anasazisaurus horneri. The taxonomic status of A. horneri is unknown. Some consider it a junior synonym for Kritosaurus navajovius, while others consider it a significant species.

Contents for Fun Facts about Anasazisaurus

2: How do you pronounce ‘Anasazisaurus’?

3: What does the name Anasazisaurus mean?

American palaeontologists Adrian Hunt and Spencer G. Lucas named Anasazisaurus in 1993. Anasazisaurus derives its name from the Anasazi, a defunct title for the Ancestral Pueblo Native Americans, and the Greek word sauros (“lizard”). The Ancestral Puebloans were renowned for their cliff-dwellings, such as those in Chaco Canyon, close to the fossilised remains of Anasazisaurus.

The term “Anasazi” originates from the Navajo language: anaasáz (“enemy ancestors”). There is one known species (A. horneri), which was named after the prominent palaeontologist Jack Horner, who initially described the skull in 1992.

Anasazisaurus remains were not dissected, completely described, or illustrated until 2006. The tiny crest above the eyes generated by the nasal bone is a distinguishing feature of the anasazizaura. Lucas and colleagues classified Anasazisaurus horneri and Kritosaurus navajovius as distinct taxa in a 2006 research.

Prieto-Márquez regarded Anasazisaurus to be a synonym of Kritosaurus, but kept them separate on the species level, resulting in Kritosaurus horneri. Sullivan and Lucas determined in 2015 that Anasazisaurus should be retained as a significant genus. As a result, the question of whether both types are distinct or synonymous remains unresolved.