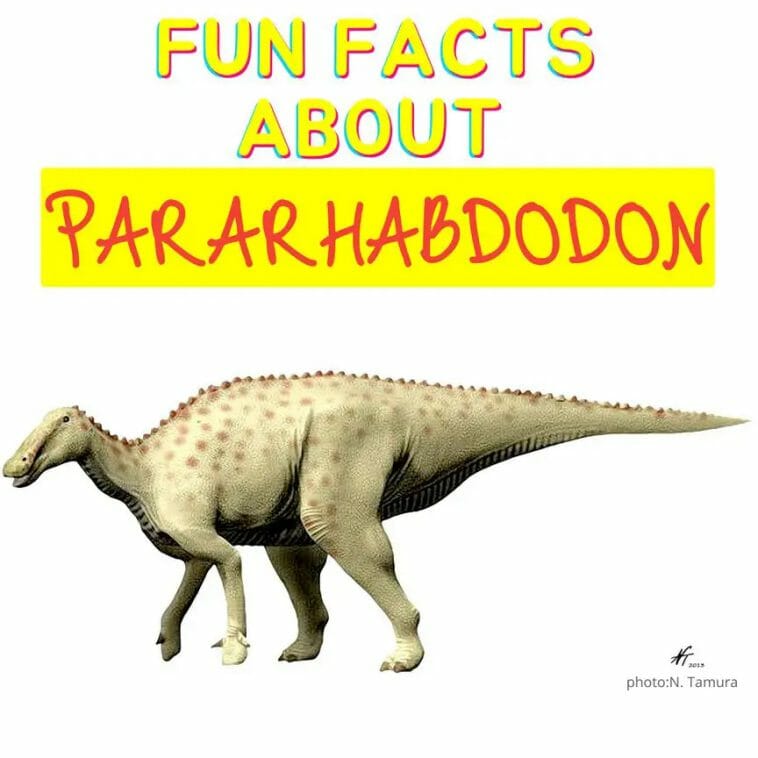 The lambeosaur Pararhabdodon was a medium-sized herbivore. A crest created from the nasal and premaxillary bones was a distinguishing characteristic of lambeosaurs. Pararhabdodon lived in what is now Spain some 66 million years ago during the Late Cretaceous Period and reached a body length of about 6 metres. This dinosaur was discovered with an upper jaw, four cervical, four dorsal, and some caudal vertebrae, a sacrum, a fragmented scapula, the end of the ischium, and a humerus.

Learn more facts about the Pararhabdodon.

Contents for Fun Facts about Pararhabdodon

2: How do you pronounce ‘Pararhabdodon’?

The name Pararhabdodon  should be pronounced ” Pah-rah-rab-doe-don.”

3: What does the name Pararhabdodon mean?

The name Pararhabdodon refers to the genus Rhabdodon and has the meaning “close to Rhabdodon.”

The fossils of Pararhabdodon indicated that it was likely a bipedal herbivore, but a precise physical description of the genus could not be established due to the scarcity of fossils. The fossil evidence indicates that the recovered specimen belonged to an immature dinosaur. As European Hadrosaurs, these dinosaurs were also associated with insular dwarfism. On its head was an angular crest. The assumption is that they were not slimy.

Pararhabdodon is closely related to Tsintaosaurus, one of the most bizarre and well-known hadrosaurs. Unfortunately, its skull is unknown, thus it is difficult to determine with certainty the nature of its crest. However, its crest may have been equally elongated and intriguing as Tsintaosaurus’ crest. Nevertheless, based on its evolutionary location, it is plausible to assume that it had a crest, and that the crest was employed for some type of communication.