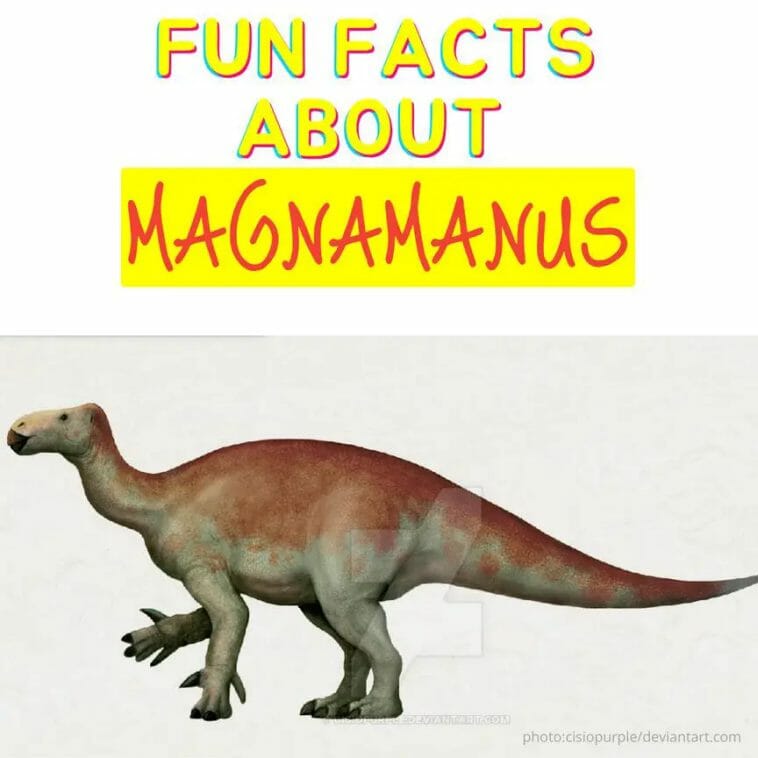 Magnamanus grew and lived near the Golmayo Marshes during the Cretaceous Period, about 130 million years ago. Magnamanus soriaensis was a four-legged herbivore that measured at least 10 metres in length and weighed 3.5 tonnes. The specimen is one of the most complete of a dinosaur from what is now Spain’s Lower Cretaceous period.

Magnamanus looks and is the same size as Iguanodon, but it is a younger cousin that lived at least 20 million years before Iguanodon. In addition to Magnamanus, a sauropod more than 20 metres long and an armoured herbivore with massive skin plates and spikes comparable to Polacanthus were discovered in the Golmayo Formation. The Magnamanus’ jaws were filled with a vast number of old and decaying teeth. As a result, the discovery is most likely a very old animal that died in a flood and washed up on the spot.

Let’s find out more about Magnamanus.

Contents for Fun Facts about Magnamanus

2: How do you pronounce ‘Magnamanus’?

3: What does the name Magnamanus mean?


The Magnamanus was a huge herbivorous ornithopod dinosaur with exceptionally broad hands. As with other members of the Iguanodontia group, their big hands sported a projecting thumb vertebra and fifth finger. Additionally, the dinosaurs were described based on the morphology of their skulls and postcranial remnants.