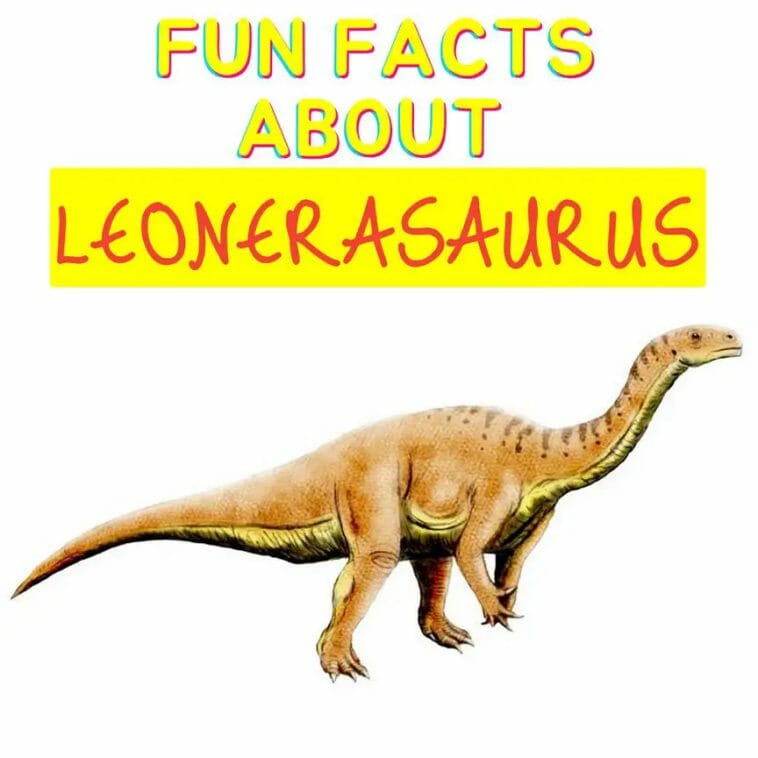 Leonerasaurus taquetrensis is known only from a single, fragmentary skeleton of a young animal. The fossil includes fragments of the jaw bones and teeth, cervical and dorsal vertebrae, a sacrum, shoulder bones, hip bones, and multiple leg bones. Only the front half of the right jawbone with 13 teeth and other tooth pieces was discovered in the skull. The cervical vertebrae of Leonerasaurus are nearly complete; the morphology of the cervical vertebrae is characteristic of basal sauropodomorpha, while the remains of the vertebral arches have a sauropod-like shape.

Leonerasaurus appears to have evolved as an intermediary stage between the Sauropodomorpha and the Sauropoda. However, Leonerasaurus was fairly small in comparison to subsequent living sauropods. Paleontologist Diego Pol and colleagues from the Egidio Feruglio Paleontological Museum in Trelew, Argentina, discovered Leonerasaurus. The ancient bones were meticulously excavated in southern Argentina over three summers.

Contents for Fun Facts about Leonerasaurus

2: How do you pronounce ‘Leonerasaurus’?

3: What does the name Leonerasaurus mean?

The genus name Leonerasaurus is derived from Leoneras, the lithostratigraphic unit in which this taxon was discovered, and saurus, “lizard” (Latinized Greek). The species name taquetrensis relates to the Sierras de Taquetrén in Central Patagonia, where the Las Leoneras Formation resides.

Histological examinations of the humerus and ribs indicate that Leonerasaurus perished between six and eight years of age. Leonerasaurus was distinguished by the absence of serrations on the low, spoon-shaped crowns of its front teeth, biconvex vertebrae, a low, medially sloping deltoid crest, and the presence of four sacral vertebrae.