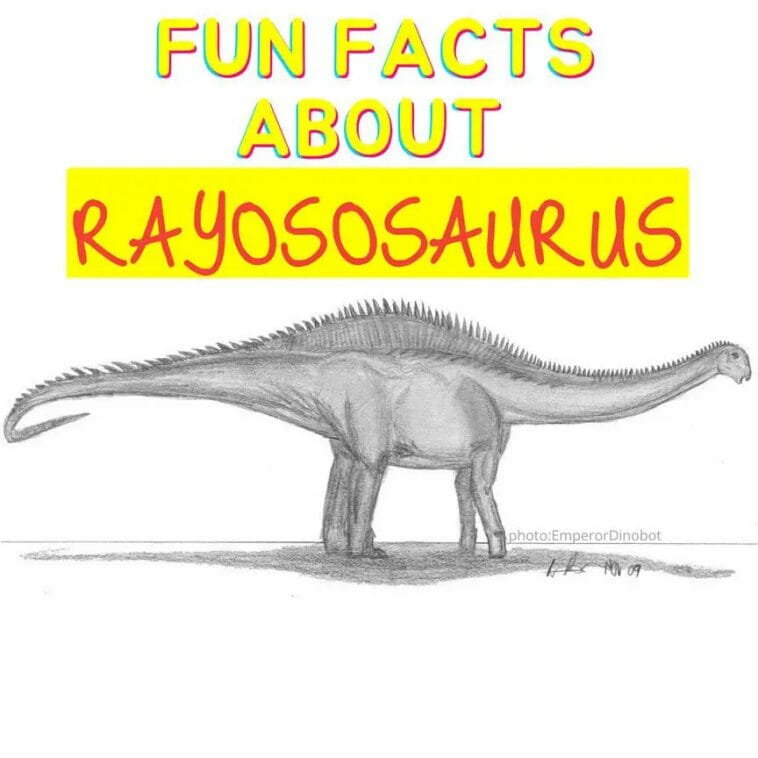 Rayososaurus was a medium-sized herbivorous sauropod that lived in what is now Argentina around 120 million years ago during the Cretaceous Period. Scientists differ on the exact categorization of this sauropod, but it indicates that Rayososaurus is a member of the Rebacchisauridae family. From this dinosaur, a shoulder blade, thigh bone, and part of the fibula were recovered. Another discovery, described in 2004 by Manuel Alfredo Medeiros and Cesar Leandro Schultz, is a set of caudal vertebrae and a pelvic bone.

Continue reading if you are interested in learning more facts about Rayososaurus.

Contents for Fun Facts about Rayososaurus

2: How do you pronounce ‘Rayososaurus’?

3: What does the name Rayososaurus mean?

Rayososaurus received its generic name from the Rayoso Formation, where its fossils were discovered. The type species is R. agrioensis, which was named in 1996 by the Argentine scientist José Bonaparte. The agrioensis species epithet alludes to the Agrio del Medio locale.

It is not totally apparent what Rayososaurus would have looked like in terms of its physical appearance. Nevertheless, it shared a lot of characteristics with the Rebbachisaurus.