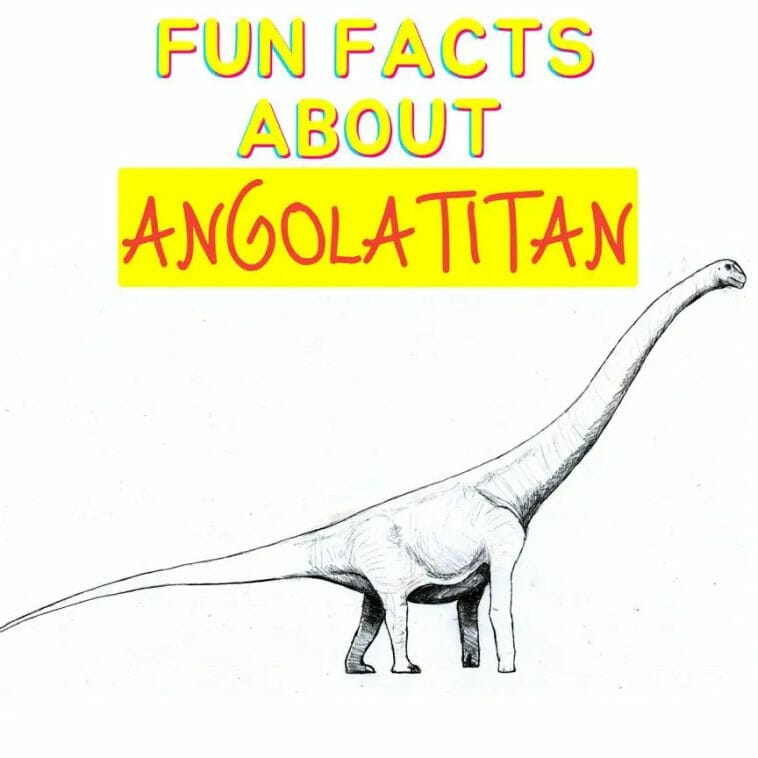 Angolatitan was a primitive titanosaur that evolved further than Brachiosaurus. Octavio Mateus and Louis L. Jacobs discovered the fossil of this sauropod off the coast of Lembe on May 25, 2005. Then, in 2006, it was excavated alongside fish and shark teeth, with the assistance of Anne Schulp, a palaeontologist at the Natural History Museum Maastricht who was primarily engaged on an excavation project devoted to the discovery of mosasaurs.

Octávio Mateus, Louis Jacobs, Anne Schulp, Michael Polcyn, Tatiana Tavaress, Andre Buta Netos, Maria Luisa, and Miguel Moraiss named the species Antunes in 2011. Anne Schulp is the first Dutch lady to have a dinosaur named after her. Because it is not yet on exhibit in a museum, the holotype lacks an official inventory number.

The fossil was discovered in marine strata from the Cretaceous period, around 90 million years ago. The discovery is a fragmentary skeleton lacking a cranium. A full right foreleg with the right side of the shoulder girdle (scapula, humerus, ulna, and radius) and the associated first, third, and fourth metacarpals has been preserved.

Contents for Fun Facts about Angolatitan

2: How do you pronounce ‘Angolatitan’?

3: What does the name Angolatitan mean?

The genus name refers to Angola and the Greek mythological figure Titan. The species name alludes to Adamastor, a sea monster from Portuguese seafaring folklore.

The Angolotitan adamastor is the first dinosaur species discovered in Angola. It is believed that this dinosaur, like other sauropods, had a long neck that enabled it to reach plants for food, despite the fact that there aren’t enough bones to positively identify it. It would have had a body size comparable to that of other Titanosauriform dinosaurs. However, it is unknown whether it possessed feathers.

The holotype of the Angolotitan species lacks official inventory numbers because it has not been included to any museum collections. It is a fragmentary skeleton devoid of a skull. The metacarpal bone is preserved, including the complete right side of the right leg and shoulder girdle. According to the investigation of Angolatitan adamastor, it belongs to the Titanosauriformes and Somphosauropodyli taxa. While other ancient African sauropods are classified as Titanosauria.