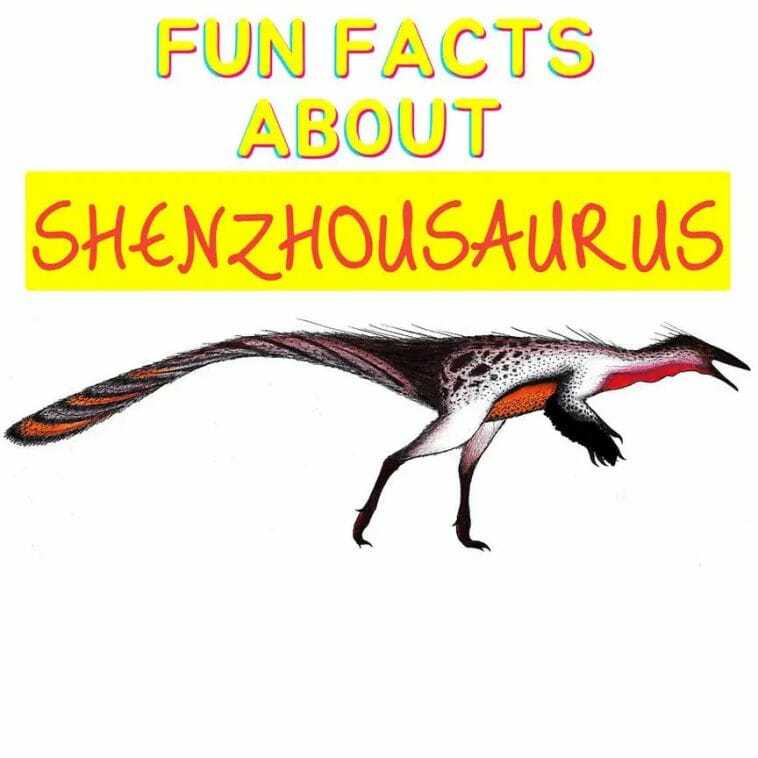 Shenzhousaurus is known only from a partial skeleton discovered in the Chinese Yixian Formation. Shenzhousaurus belonged to the ornithomimosauria family, which is known for its quick runners.

During the discovery, stomach stones, known as gastrolites, were also unearthed. Today’s birds use them in their gizzards to break up food, but whether this was also the case with dinosaurs is unknown.

Shenzhousaurus had a large beak and a toothless upper jaw, with little cone-shaped teeth in the front. Shenzhousaurus was most likely an omnivore that ate vegetation, fruits, small animals, and insects.

Contents for Fun Facts about Shenzhousaurus

2: How do you pronounce ‘Shenzhousaurus’?

3: What does the name Shenzhousaurus mean?

Shenzhou is an ancient name for China; when combined with the Greek word saurus, it means “Chinese lizard.” The genus epithet also pertains to the locale of the discovery, as orientalis means “eastern.”

The fossilised remains of Shenzhousaurus served as the basis for all inferences about its physical attributes. Shenzhousaurus is only known from a piece of its skeleton, but the fact that it had gastroliths in its stomach makes it more likely than not that it was an herbivore.

However, other carnivorous species have also been shown to have gastroliths, so its verified diet remains questionable. Shenzhousaurus was a basal member of this group since it also had teeth in its lower jaw.