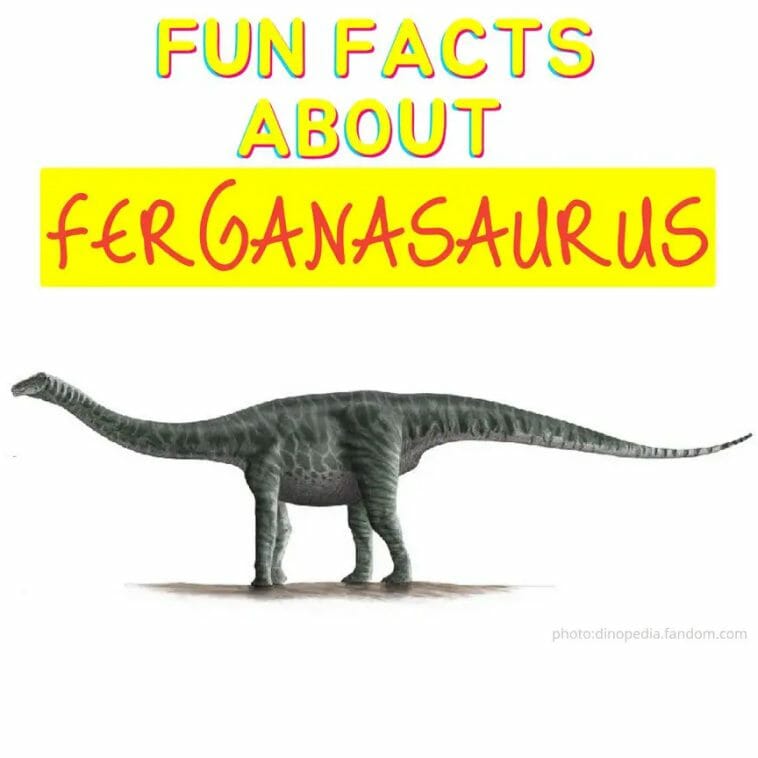 Ferganasaurus was one of the earliest known neosauropods, with a fragmentary skeleton discovered in Kyrgyzstan’s Balabansai Formation.

The discovery includes two dorsal and sixteen caudal vertebrae, the pelvis, the left front and rear limb, and the hand bones, which are only known via drawings due to the loss of the original material. Ferganasaurus was the only known sauropod with two enormous claws (on the first and second toe). This shows that they could have biped for food.

Contents for Fun Facts about Ferganasaurus

2: How do you pronounce ‘Ferganasaurus’?

3: What does the name Ferganasaurus mean?

In 2003, palaeontologists Alifanov and Averianov gave the dinosaur its name, which means Fergana Valley Lizard. The Fergana Valley in Kyrgyzstan is referenced by the term Ferganasaurus. The second half of the name originates from the Greek sauros (“reptile”, “lizard”). Prof. Nikita Verzilin, discoverer of the holotype, is honoured with the genre epithet.

The Ferganasauras were massive creatures with rough skin. Similar to a number of middle Jurassic dinosaurs, it featured a big body, robust forelimbs, a massive tail, and maybe neck frills. Ferganasaurus could reach a length of 18 metres (59 feet) and a body mass of 15 tonnes (33,000 lb).

Given the size of the femur (108 cm long) and humerus (89 cm), and the reconstruction from Alifanov and Averianov’s work, it is more likely that it measured 11-12 m. The weight would then be significantly lower than the 8.8-15 tonnes indicated in the literature. Ferganasaurus was constructed in the conventional sauropod style, but differed from its relatives in the intricacies of the vertebrae, pelvis, and limb structure.