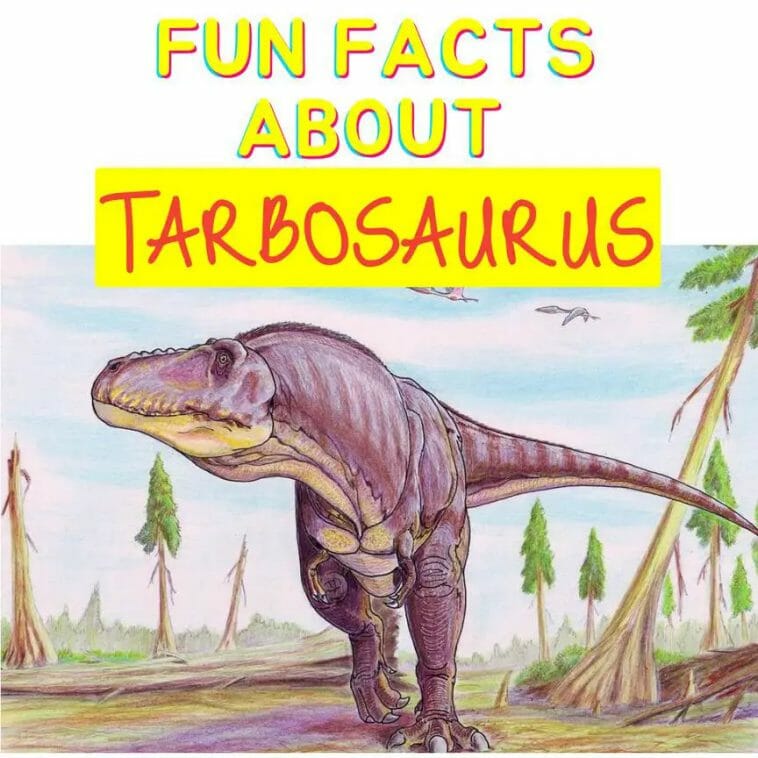 Tarbosaurus was a big, biped theropod that lived near the end of the Cretaceous period, around 66 million years ago, in what is now Mongolia. A Soviet-Mongolian expedition discovered this carnivore in the Gobi desert in 1946. A skull and partial vertebrae were discovered.

Tarbosaurus was very identical to Tyrannosaurus rex, with only a few small changes in cranial bone structure distinguishing the two species. Tarbosaurus is known from a number of well-preserved fossils, including full skulls and nearly complete skeletons.

Despite being smaller than Tyrannosaurus rex, Tarbosaurus was one of the largest dinosaurs in the Tyrannosaurinae family. The largest known individuals ranged in length from 10 to 12 metres and weighed 5 tonnes, which was comparable to or slightly less than that of the tyrannosaurus.

Tarbosaurus skulls are about 1.3 m long, larger than any other tyrannosaur except Tyrannosaurus. The weight of the skull was lowered by large apertures in the skull (fenestrae). It had up to 64 long, backward-curved teeth in its jaws. The Nemegt Formation of southern Mongolia is home to the vast bulk of Tarbosaurus fossils.

Contents for Fun Facts about Tarbosaurus

2: How do you pronounce ‘Tarbosaurus’?

The name Tarbosaurus  should be pronounced “TAR-bə-SAWR-əs.”

3: What does the name Tarbosaurus mean?

The name Tarbosaurus is derived from the Greek words tarbos (meaning “terrible” or “dread”) and sauros (meaning “lizard”). Therefore, the entire phrase can be interpreted as “alarming lizard.”

Despite being somewhat smaller than Tyrannosaurus, Tarbosaurus was one of the largest tyrannosaurids. The skull of Tarbosaurus was similar to that of Tyrannosaurus in that it was tall and rigid, but it was not as wide, particularly in the back. The head was supported by an S-shaped neck, while the rest of the vertebral column, including the lengthy tail, was held horizontally.

Tarbosaurus has the smallest arms or forelimbs of any dinosaurs. Each hand featured two clawed digits, with some specimens also possessing a third metacarpal without claws. In contrast to the forelimbs, the three-toed hindlimbs were long and thick, supporting the body in a bipedal position. The long, substantial tail acted as a counterweight to the head and body, shifting the centre of gravity to the hips.