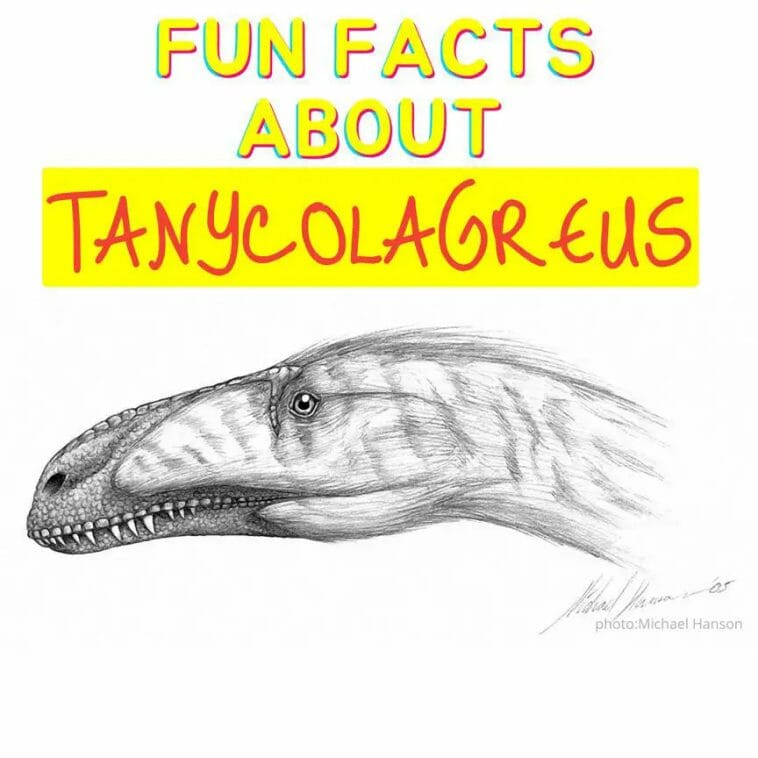 Tanycolagreus was a swift, small predatory dinosaur that lived near the end of the Jurassic Period, about 152 million years ago, in what is now North America. A partial skeleton and a partially preserved cranium were discovered.

Tanycolagreus was discovered in 1995 at Bone Cabin Quarry West in Albany County, Wyoming, by a team from Western Paleontological Laboratories, Inc. In 1998, the find was classified as Coelurus fragilis and described in the literature as such. The rebuilt skeleton was shown, but additional study revealed that it belonged to a new species.

However, after a further analysis of the material by American palaeontologists Kenneth Carpenter, Clifford Miles, and Karen Cloward, significant variations between the two species were revealed, and the new species Tanycolagreus topwilsoni was named and published.

Contents for Fun Facts about Tanycolagreus

2: How do you pronounce ‘Tanycolagreus’?

The name Tanycolagreus  should be pronounced “tany-co-la-greus.”

3: What does the name Tanycolagreus mean?

Ben Creisler proposed the etymology of the genus name Tanycolagreus, which is based on the longer forelimbs and hindlimbs compared to Coelurus.

The name Tanycolagreus translates to “long-legged hunter.” Their moniker was derived from their swift hunting abilities. The short hind limbs and the presence of three toes made this possible. The designated name honours George Eugene “Top” Wilson, the father of a philanthropist who provides financial assistance for the scientific research.

Following the finding of the holotype, many Tanycolagreus skeletons comparable to the holotype were discovered in Wyoming near the Morrison formation. Carpenter devised the fundamental characteristics of the Tanycolagreus dinosaur following such a monumental discovery.