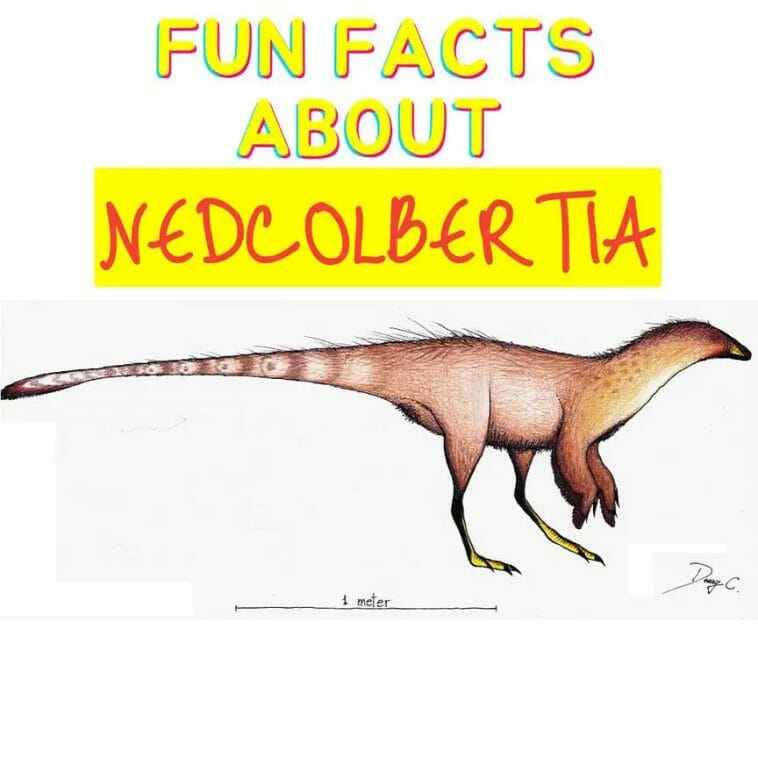 Nedcolbertia was a predatory dinosaur that was small, primitive, and light in build. It lived during the Early Cretaceous period approximately 139-134 million years ago. Three fragmentary skeletons of Nedcolbertia are known, one of a juvenile and two of almost adult animals.

The holotype, CEUM 5071, was discovered at the base of the Cedar Mountain Formation in the Yellow Cat deposit. It is only a fragmentary skeleton with no skull. The rear sacral vertebra, eleven front vertebrae, and one humerus, as well as a pubic bone, fragments of sit bones, and sections of both hind legs, were all saved.

CEUM 5072, a relatively incomplete skeletal skeleton containing portions of most body parts, including some phalanges and claws, and CEUM 5073, some caudal vertebrae, pieces of a raven leg, and the tip of a humerus, were the paratypes from the same deposit. Dalton West Quarry discovered additional fragmented material further west.

Nedcolbertia was similar to Ornitholestes in certain ways. Christopher Whittle discovered theropod skeletons in the Cedar Mountain Formation of Utah, USA, in 1993. Kirkland, Whittle, Britt, Madsen, and Burge characterised and identified the fossil as Nedcolbertia justinhofmanni in 1998.

Find out more facts about Nedcolbertia.

Contents for Fun Facts about Nedcolbertia

2: How do you pronounce ‘Nedcolbertia’?

3: What does the name Nedcolbertia mean?

The specific name honours Justin Hofmann, a then six-year-old lad from Newton, New Jersey, who took part in a children’s competition and won a dinosaur named after him.

Nedcolbertia was a small, lightweight dinosaur with long and slender hind limbs. The little, immature theropod represented by Nedcolbertia’s fragmented bones. The fossils were compared with ornithomimosaur fossils discovered in the Arundel formation.

As indicated by the fossil record, the Arundel material and Nedcolbertia fossils shared a number of similarities, proving that they were ornithomimosaur remnants. Nedcolbertia, which was composed of Ornithomimosaur material, closely resembled an ostrich in appearance, with a developed posterior but a short anterior process.