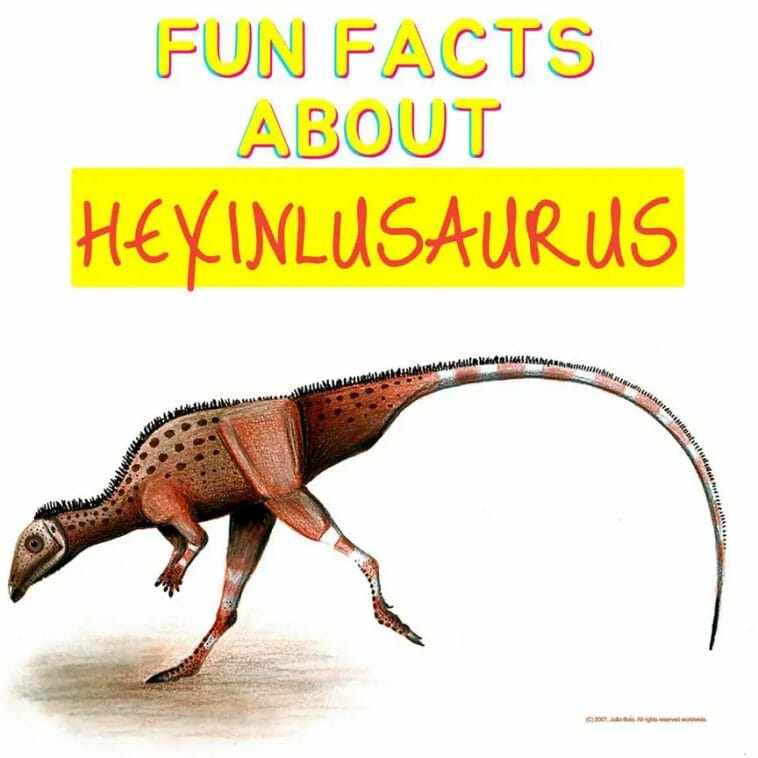 Hexinlusaurus was a small, agile herbivorous ornithopod first described by He and Cai in 1983 as Yandusaurus multidens. The discovery includes an almost complete cranium and several cervical vertebrae.

While detailing a freshly discovered cranium and skeleton components of much superior quality in 2005, palaeontologists Paul M. Barrett, Richard J. Butler, and Fabien Knoll determined that it was a new genus based on the holotype ZDM T6001 acts and named it Hexinlusaurus.

Contents for Fun Facts about Hexinlusaurus

2: How do you pronounce ‘Hexinlusaurus’?

3: What does the name Hexinlusaurus mean?

The origins of the genus name Hexinlusaurus is a tribute to Professor He Xin-Lu of the Chengdu University of Technology, who originally referred to the specimen as Y. multidens. The second element of the Greek word sauros translates to “lizard.”