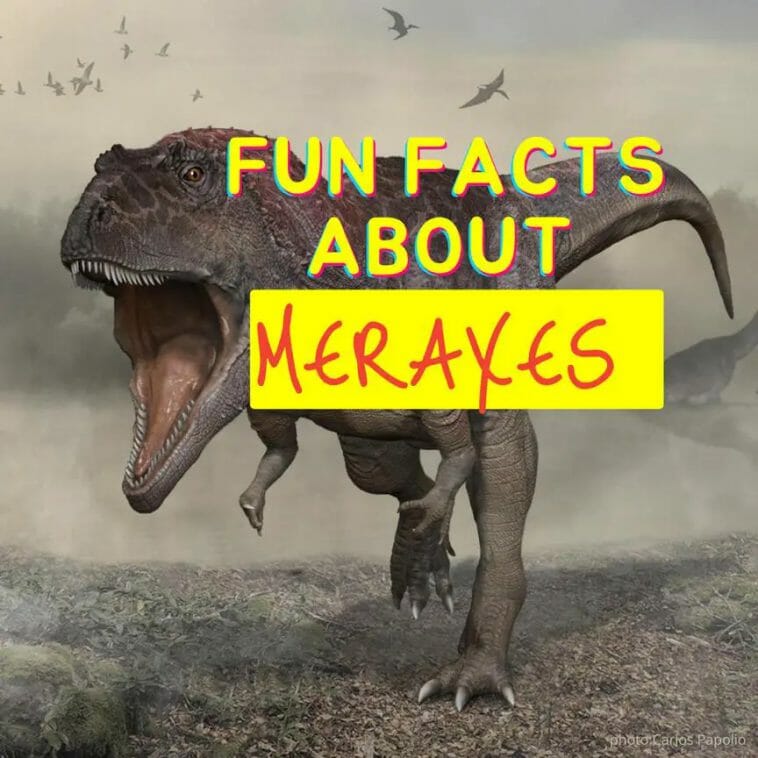 The fossil is made up of an incomplete skeleton and skull components. The dinosaur was roughly 50 years old when it died, which is very elderly for a primitive theropod. Meraxes’ skull had crests, furrows, lumps, and little horns, according to scientists. The meraxes’ body is eerily similar to that of tyrannosaurs. The skeleton is one of the most complete carcharodontosaur skeletons discovered in the southern hemisphere, according to palaeontologists.

Contents for Fun Facts about Meraxes

2: How do you pronounce ‘Meraxes’?

The name Meraxes  should be pronounced “mər-ahk-seez.”

3: What does the name Meraxes mean?

The generic name is a reference to a dragon in the fantasy novel A Song of Ice and Fire. In Latin, the particular epithet means “giant.” The 94-million-year-old dinosaur was named after a dragon from the literary legend that inspired the hit TV show “Game of Thrones.”

Meraxes was a member of the theropod family Carcharodontosauridae, which also included other titanic dinosaurs such as Giganotosaurus, Mapusaurus, and Carcharodontosaurus. Researchers estimate that Meraxes gigas measured 11 metres in length and weighed approximately 4 tonnes.

The species featured a skull ornamented with crests, bumps, and small horns, and the individual that was unearthed looks to have perished at approximately 50 years of age, which is roughly double the average lifespan of Tyrannosaurus rex. M. gigas roamed the Earth during the Late Cretaceous Epoch, around 20 million years before T. rex, and the dinosaurs are quite distantly related on the evolutionary tree.