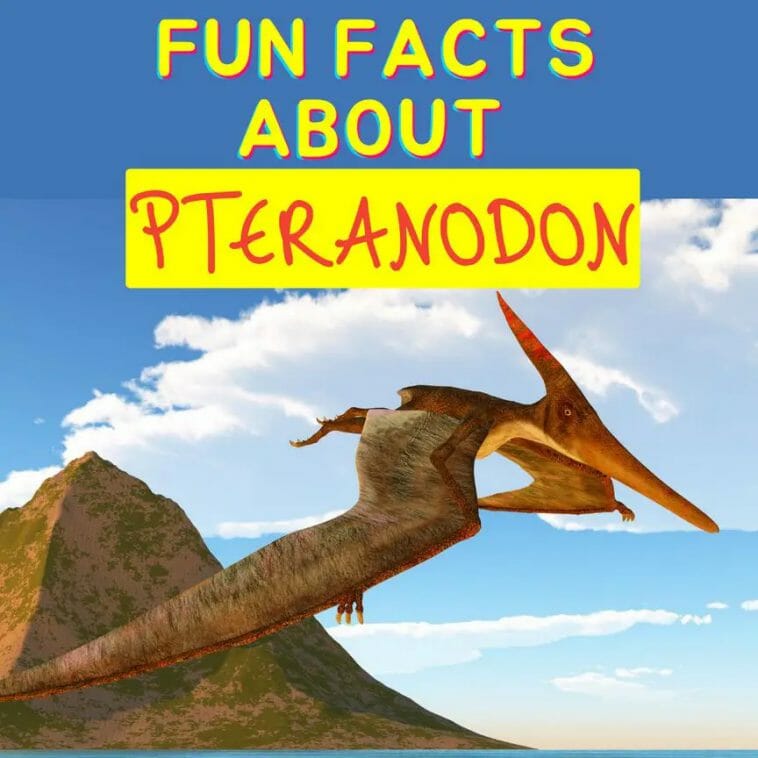 One of the largest pterosaurs was Pteranodon. Despite its vast wingspan, Pteranodon was extremely light, thanks to hollow bones and weight-reducing skull apertures, which led scientists to estimate its average weight at roughly 35 kilos.

Pteranodon, unlike earlier live pterosaurs such as Rhamphorhynchus and Pterodactylus, had a toothless beak similar to that of contemporary birds. The skull crest of the Pteranodon was its most distinguishing characteristic. This crest protruded upwards and backwards from the skull and was composed of skull bones. The size and shape of these crests varied depending on a variety of characteristics like as age, gender, and species.

The Pteranodon’s food is known to be fish-based, as fossilised fish bones have been discovered in the stomachs of several discoveries. Some researchers first assumed that such enormous pterosaurs could simply glide, but most now believe they were active fliers capable of taking off from the ground and flapping their wings. Pteranodon, like modern albatrosses, most likely spent its time soaring in the air for lengthy periods of time, propelled by thermals.

Pteranodon, like an albatross, dwelt on the huge oceans’ coasts. It was a particularly effective flier due to its huge wings and little weight. Scientists have long disagreed about the shape and size of the pteranodon’s wings. Early photographs show its wings extending all the way down to its ankles, as if it were a bat. The vast majority of pterosaur fossil imprints, however, reveal that their wings were typically relatively small and could not be stretched well below the ankles. In addition, many modern depictions show the wings ending on the short tail rather than the legs. Although this is a possibility, wing detachment from the small pterosaur Pterodactylus appears to imply that the wings were linked to the thigh.

Contents for Fun Facts about Pteranodon

2: How do you pronounce ‘Pteranodon’?

The name Pteranodon  should be pronounced “Teh-ran-oh-don.”

3: What does the name Pteranodon mean?

The term “Pteranodon” is derived from the Greek words “pteron” (wing) and “anodon” (toothless), which means “wing without tooth.”

The wing span and crest size of male Pteranodon were the most distinguishing characteristics. The wingspan measured approximately 23 feet. The crest was lengthy and stretched upwards and backwards from the skull. It was nearly as long as its beak, which, like the beaks of contemporary birds, was devoid of teeth. The beaks were long, slender, and tipped with a point.

The upper jaw was longer than the lower and upwards curved. The smaller Pteranodons discovered to far would have been females or males that had not yet reached adulthood or developed the huge crest. The lesser crest had a triangular form. Since it spent so much time in the air, Pteranodon probably did not possess a very robust muscular structure. It should also be mentioned that its tail was relatively short.