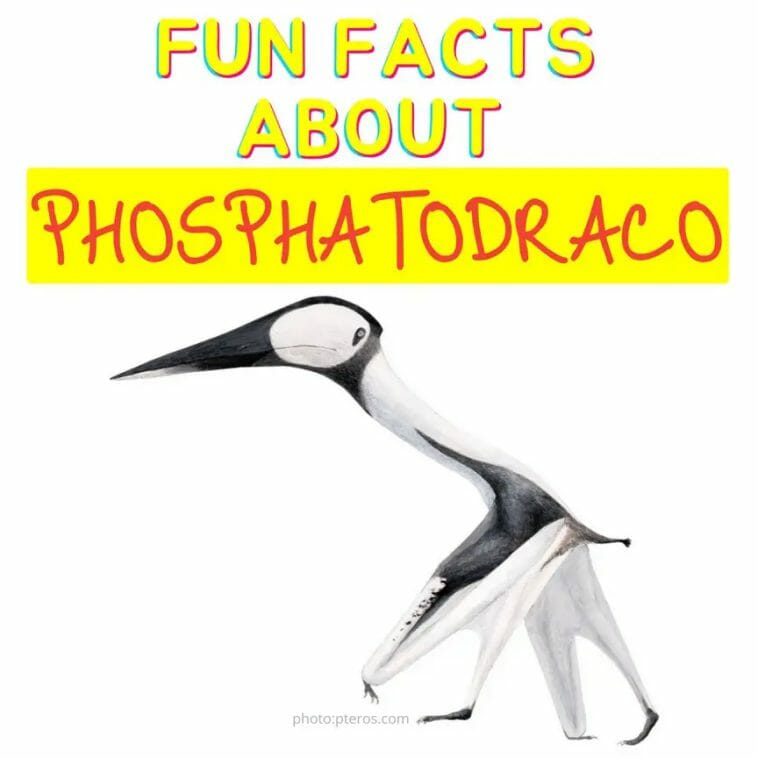 Phosphatodraco was one of the final pterosaurs before the Cretaceous extinction event. The discovery consists of a single block of stone 98 centimetres long and 34 centimetres wide; the fossil is described using five fractured cervical vertebrae and some unidentified bone fragments. The fossil of this flying lizard was discovered in phosphate deposits near Khouribga, where it also got its name.

Find out more facts about Phosphatodraco.

Contents for Fun Facts about Phosphatodraco

2: How do you pronounce ‘Phosphatodraco’?

3: What does the name Phosphatodraco mean?

The term phosphate dragon relates to the phosphate found in Morocco, where they inhabited. The single type species, Phosphatodraco mauritanicus, is named after Mauretania.

Phosphatodraco is an azhdarchid pterosaur that originated in Morocco during the Late Cretaceous. Azhdarchids were medium- to large-sized pterosaurs discovered in Upper Cretaceous strata worldwide. All of them have big heads with long beaks devoid of teeth, long necks, relatively short wings, and lengthy legs.

It is also probable that they foraged for fish and near-shore crustaceans in shallow water, similar to living herons. The identified cervical vertebrae range from the fifth to the ninth, with the fifth being the longest. Their vertebrae are also rather distinctive in that they are extended at the base and include neural spines.