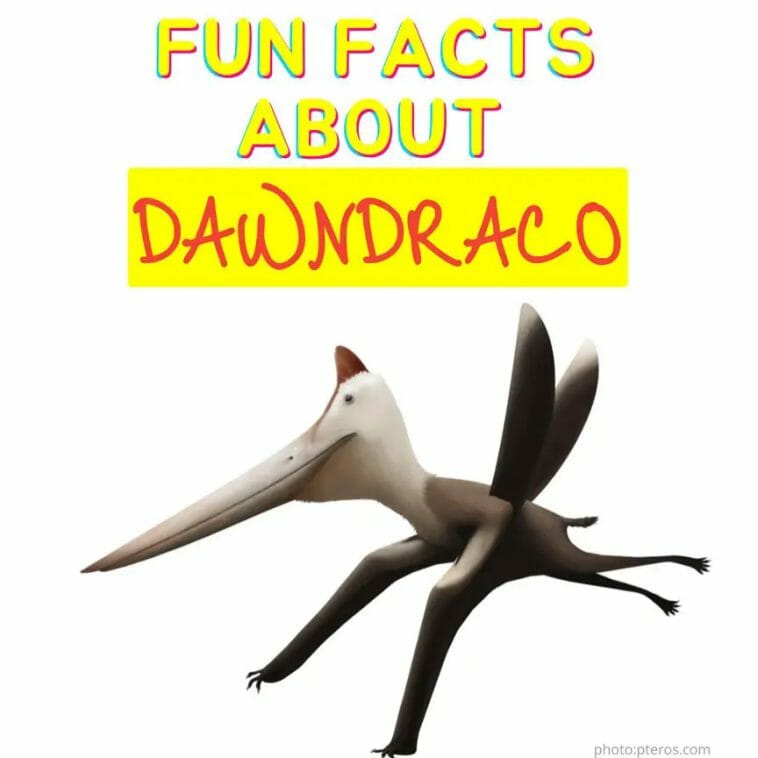 Dawndraco kanzai was one of the largest pterosaurs to fly through the skies during the Late Cretaceous period, 86 million years ago. This toothless, long-winged species was a near relative of Pteranodon longiceps.

The primary distinction between Dawndraco and Pteranodon is that the Dawndraco’s snout does not taper to a point like that of the Pteranodon. Dawndraco, on the other hand, had a very similar body morphology to Pteranodon and most likely lived in a similar way. A partial skeleton, including a nearly complete head and jaw, was discovered.

Contents for Fun Facts about Dawndraco

2: How do you pronounce ‘Dawndraco’?

3: What does the name Dawndraco mean?

Dawndraco is a combination of Dawn, a sky goddess in the culture of the Iroquois, one of the Native American tribes, and the Latin word draco, which means “dragon.”

Kanza (or Kaw), the Native American tribe from whom the state name Kansas was derived, inspired the specific name.

Dawndraco was a pteranodontid, and like all pteranodontids, it had a long beak with upturned tips and a crest on the back of its skull. It is believed that pteranodontids, which had long, thin wings and short necks, flew over the open ocean.