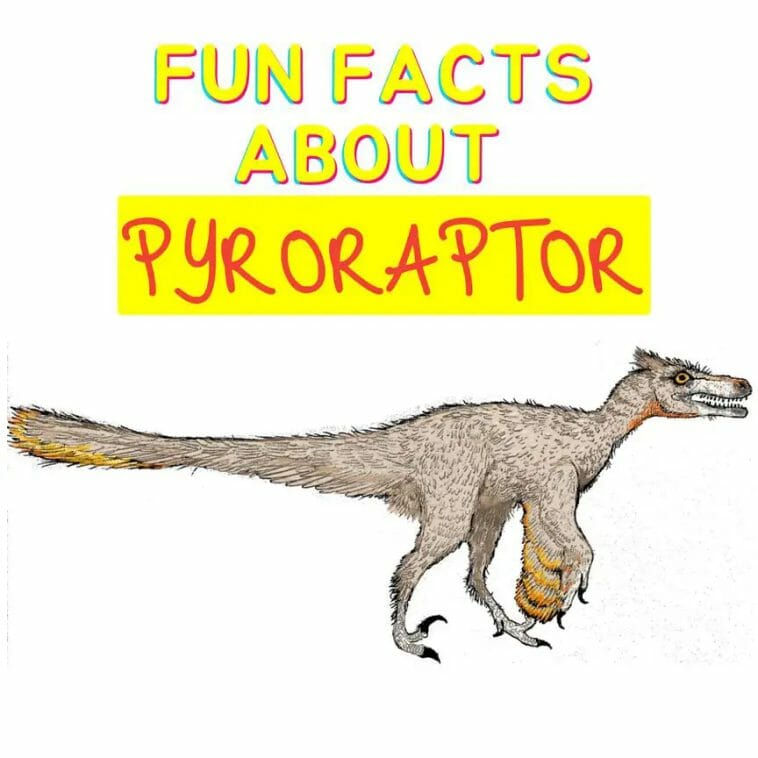 Pyroraptor was the first dromaeosaur dinosaur discovered in Europe. Only a few bones have been found of this little and swift hunter who lived at the end of the Cretaceous epoch. Pyroraptor, like its ancestors, had a sickle claw on his second toe, which was 6.5 cm long. Pyroraptor fossils were discovered following a forest fire in southern France, hence the name “fire robber.”

Dromaeosaurs are theropods that resemble birds. All Dromaeosauridae were most likely feathered, as several species such as Microraptor, Velociraptor, and Bambiraptor are considered secure. Despite the lack of clear evidence, Pyroraptor had a feather-like body covering.

Contents for Fun Facts about Pyroraptor

2: How do you pronounce ‘Pyroraptor’?

The name Pyroraptor should be pronounced “PA-ee-row-RAP-tor.”

3: What does the name Pyroraptor mean?

The genus name ‘Pyroraptor’ is derived from Greek. The fossil bones of this creature, whose name means “fire thief,” were discovered in 1992 following a forest fire. The origin of the species name ‘olympius’ is Mount Olympe. Mont Olympe is a mountain in Provence, France, and the fossilised remains of the dinosaur Pyroraptor were discovered at the base of this mountain.

The anatomy of Pyroraptor was tiny and birdlike. On the second toes of each lengthy foot, the predatory theropod was armed with huge, curving claws. Approximately 6.5 centimetres (2.5 inches) in length, the Pyroraptor’s claws were approximately 2.5 inches (6.4 centimetres). Primarily, they served as a means of defence, catching prey or assisting in mountain climbing.

From the fossilised remnants, only two teeth are known, and both are flattened and somewhat backward-curved. Their rear borders are serrated more finely than their front ones. Almost certainly, the Pyroraptor’s forelimbs were augmented and armed with curved claws. They featured a very long but slender tail, which most likely assisted in body balance. Similarly to its relatives Sinornithosaurus and Microraptor, this dinosaur was reportedly covered in feathers and possessed a plumage.