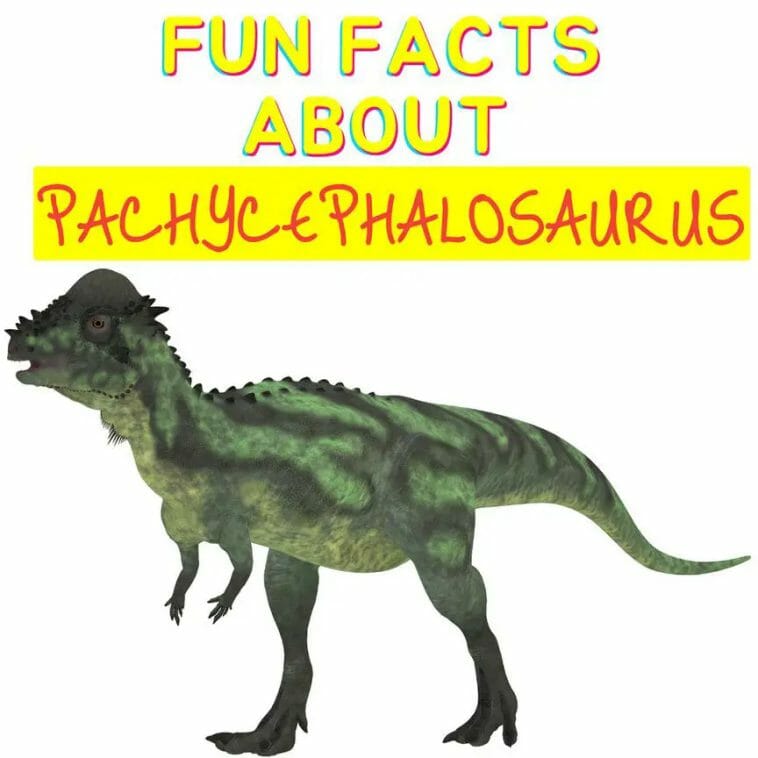 Pachycephalosaurus had a 20 cm thick skull roof. During the Late Cretaceous Period, this herbivorous dinosaur thrived in what is now North America. Because Pachycephalosaurus is only known from a single skull, one can only hypothesise about its anatomy and size.

Pachycephalosaurus had a variety of teeth, all of which were tiny with triangular, slightly serrated crowns. Scientists are divided over the purpose of the thicker skullcap. The creatures, like today’s mountain goats and musk oxen, are thought to have bashed their skulls.

Pachycephalosaurs may have been able to hold their head, neck, and body in a horizontal line to better absorb the impact of a headbutt. However, no known dinosaur’s body can be positioned in such a configuration. Instead, the neck resembled a “S” or “U” form curvature. However, Eric Snively and Andrew Cox find in a 2008 study that the thicker and dome-shaped skulls of some taxa can be interpreted as evidence of head-butting or flank-butting.

Pachycephalosaurs were generally small ornithischians who lived during the Late Cretaceous period. According to the findings, they were exclusively found in the northern hemisphere. They were all herbivores who walked on two legs. The large skullcap, produced from the frontal bone (frontale) and the parietal bone, is its most prominent characteristic ( parietale ).

John Horner and Mark Goodwin published a study of the Pachycephalosaurus skull’s developmental stages in 2009. As a result, the previously reported species of Stygimoloch and Dracorex are only immature versions of Pachycephalosaurus. According to the researchers, computer tomography and microscopic inspection of bone fragments revealed a clear picture: Pachycephalosaurus and Stygimoloch are most likely the same species. Stygimoloch is a subadult mammal, practically a “teenager” with its high but thin cranial hump. Unfused bone sutures and growing tissue suggest continued growth.

Dracorex’s morphological analysis, on the other hand, suggested an even younger age. The flat skull is thicker but lacking the frontoparietal bone, with knots in the front and little croissants in the back. This, according to the researchers, confirms the presence of a young Pachycephalosaurus.

Contents for Fun Facts about Pachycephalosaurus

2: How do you pronounce ‘Pachycephalosaurus’?

The name Pachycephalosaurus should be pronounced “Pachy-sefelo-saur-rus.”

3: What does the name Pachycephalosaurus mean?

Pachycephalosaurus wyomingensis inhabited North America. According to data discovered by experts, they consumed plants and wandered in groups. In the western provinces of Montana, South Dakota, Wyoming, and Alberta, fossils of these creatures from the Late Cretaceous period have been discovered.

Pachycephalosaurus had spikes or bony knobs around the top of their skulls and even on the section of their noses. They also served as defensive measures, however they lacked sharpness and pointiness. Their teeth were tiny, and their mouth section resembled a beak.

Pachycephalosaurus craniums were tiny and rounded to leaf-shaped. They possessed large eyes and short noses. The fossils indicate that they were predominantly bipedal. They had large, robust legs, although their forearms were most likely little. Its long and fatty tail contributed to the length of the Pachycephalosaurus’ body.