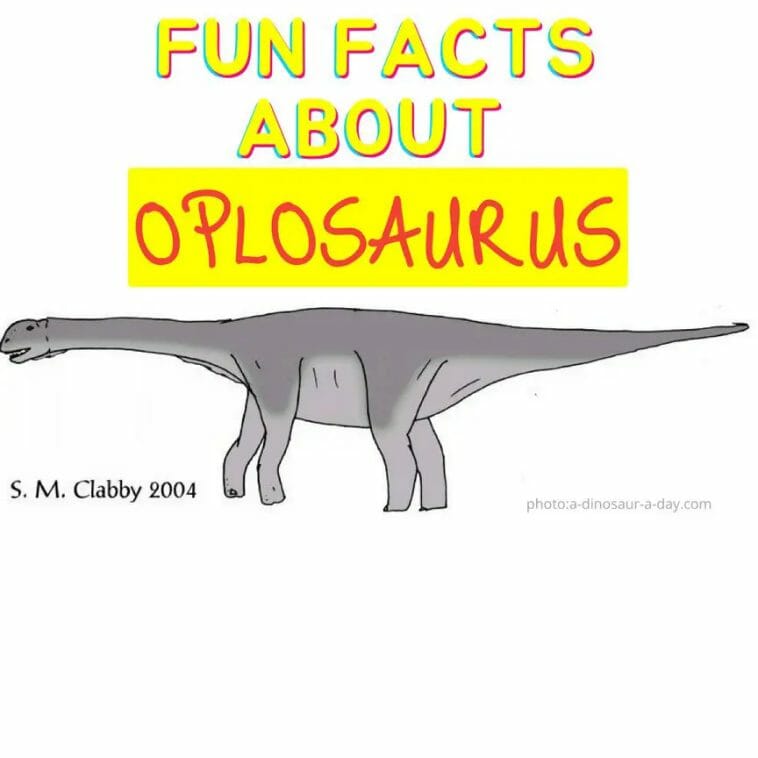 Oplosaurus is a strange sauropod species known solely from a single tooth. It was discovered in England (Isle of Wight), and its age indicates that it dates back to the Early Cretaceous.

It is possible that it is not a legitimate taxon, considering that it is little known and its categorization has been altered numerous times. Its known tooth is comparable in size to that of Brachiosaurus, suggesting it was a larger Turiasaur, maybe 25 metres in length.

Read on if you are interested in learning more about Oplosaurus.

Contents for Fun Facts about Oplosaurus

2: How do you pronounce ‘Oplosaurus’?

3: What does the name Oplosaurus mean?

The name Oplosaurus armatus means “armoured / shield-armored lizard”. It is widely believed that this is the result of an error by Paul Gervais, who was claimed to have misidentified the dinosaur as an armoured dinosaur comparable to Hylaeosaurus rather than a sauropod. Perhaps Mantell, the discoverer of hylaeosaurus, misled him, as he had previously indicated that the tooth of oplosaurus was similar to that of hylaeosaurus.

There is insufficient data to comprehend the appearance of the Oplosaurus. The sole specimen that has been positively identified is a single tooth, which was presumably discovered in the Wessex Formation at Brighstone Bay.

The tooth is remarkably similar to that of Brachiosaurus, with the exception that the vertical ridge on the labial side of the crown is limited to the tip of the crown. However, they were recently ascribed to the Camarasauridae, and there are many who believe it is of unknown ancestry.