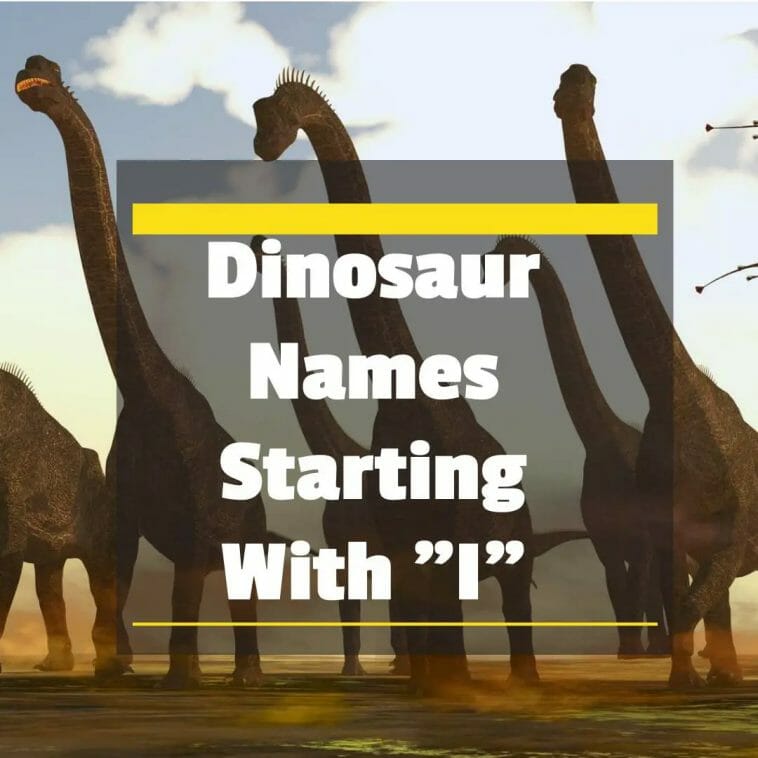 Check out the alphabetical list of dinosaur names beginning with the letter “I”. We’ll look at dinosaur pictures and discuss what their names mean, as well as learn more about dinosaur facts.

Dinosaurs with names that begin with the letter “I”

Contents for Dinosaur Names that Start with “I” 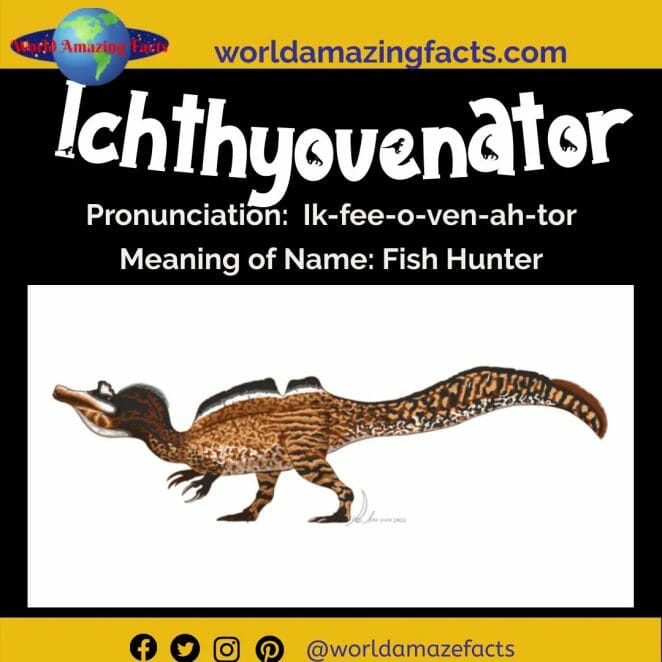 It refers to the animal’s probable ichthyosis. The species epithet (laosensis) is derived from Laos, where its fossils were discovered. 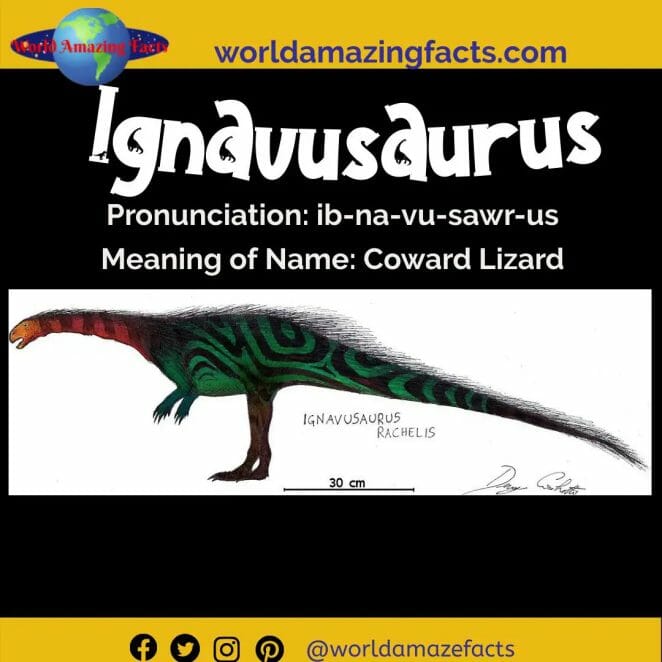 Ignavusaurus was a basal sauropodomorph dinosaur that lived in the Early Jurassic period. Ignavusaurus fossils were discovered in the Upper Elliot Formation, which is thought to be Hettangian in age (around 200 million years ago).

The name Ignavusaurus is a mix of two words: Latin ignavus (coward) and Greek sauros (lizard / lizard), hence it translates as “cowardly lizard.” It was inspired by the location of the holotype, Ha Ralekoala, which means “the place of the coward’s father.” Raquel López-Antoanzas of the Natural History Museum in Madrid is honoured with the species epithet rachelis; Raquel’s name has been replaced by her Latin counterpart Rachel. 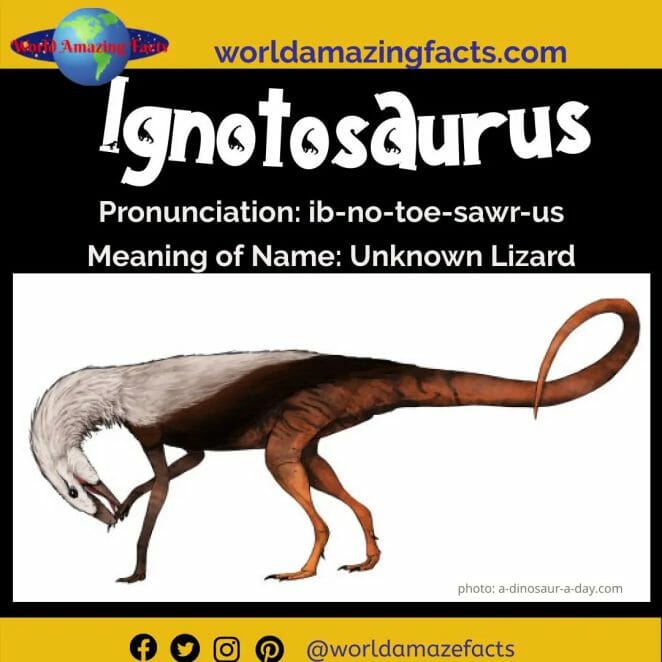 Ignotosaurus is a near relative of the silesaurid dinosaurs that lived around 230 million years ago in Argentina.

The name is derived from the Latin term ignotus, which means “unknown,” the Greek word sauros, which means “lizard,” and the Latin fragilis, which means “fragile.” As a result, Ignotosaurus fragilis can be translated as “the unknown gentle lizard.” This refers to the previously unknown silesaurides in the Ischigualasto Formation, which has been investigated for many years, as well as the delicate iliac plate and femur anatomy. 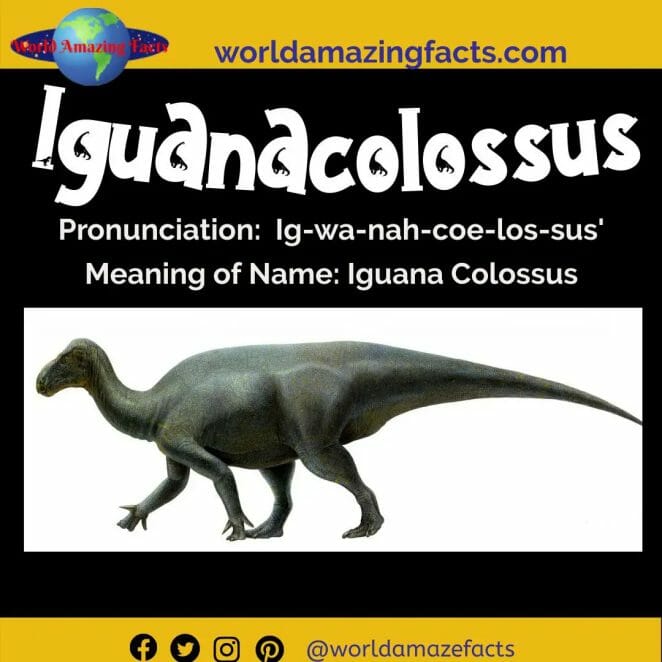 Iguanacolossus was a herbivorous iguanodont dinosaur that lived in what is now Utah, USA, during the early Cretaceous period. It was a huge and powerful ornithopod.

Iguanacolossus derives its name from the Latin words iguana and colossus, which mean “iguana” and “colossus,” respectively. This is a reference to the fact that iguanodont teeth were once compared to iguana teeth, as well as the great size of this animal. The term “mighty” refers to the genre. 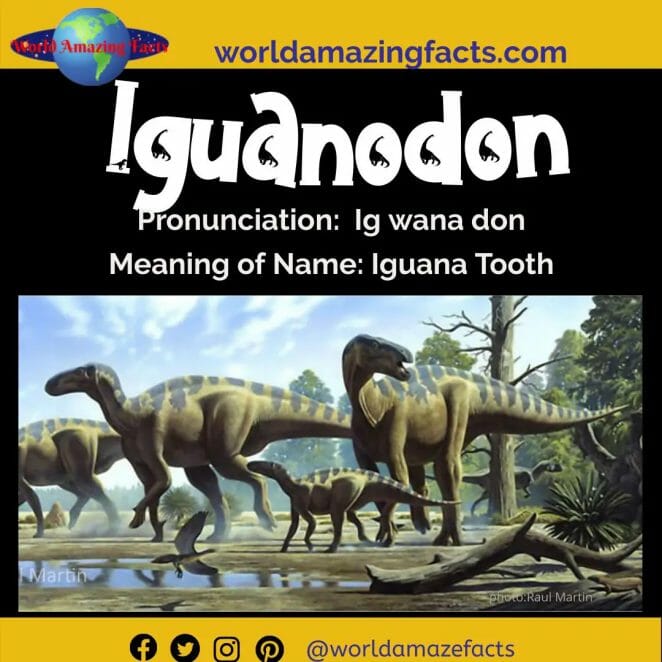 Iguanodon is an ornithopod herbivorous dinosaur. Its name means “iguana tooth” because its teeth are extremely similar to those of herbivorous lizards. Iguanodon is a well-known dinosaur that frequently features in dinosaur documentaries and children’s cartoons. 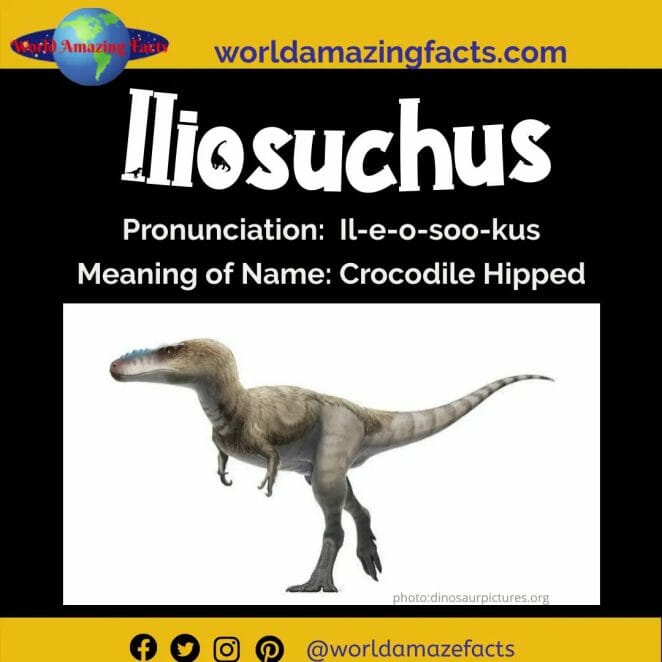 Iliosuchus is a primitive Tetanuran that lived approximately 168 to 166 million years ago during the Bathonian Stage of the middle Jurassic period. It is known from the Stonesfield Slate of Oxfordshire, England, making it one of the earliest Tetanuran species from Europe. Given the presence of the basic Tetanuran group, the Megalosauroids, in the region, it is thought that the group’s ancestor likely originated there.