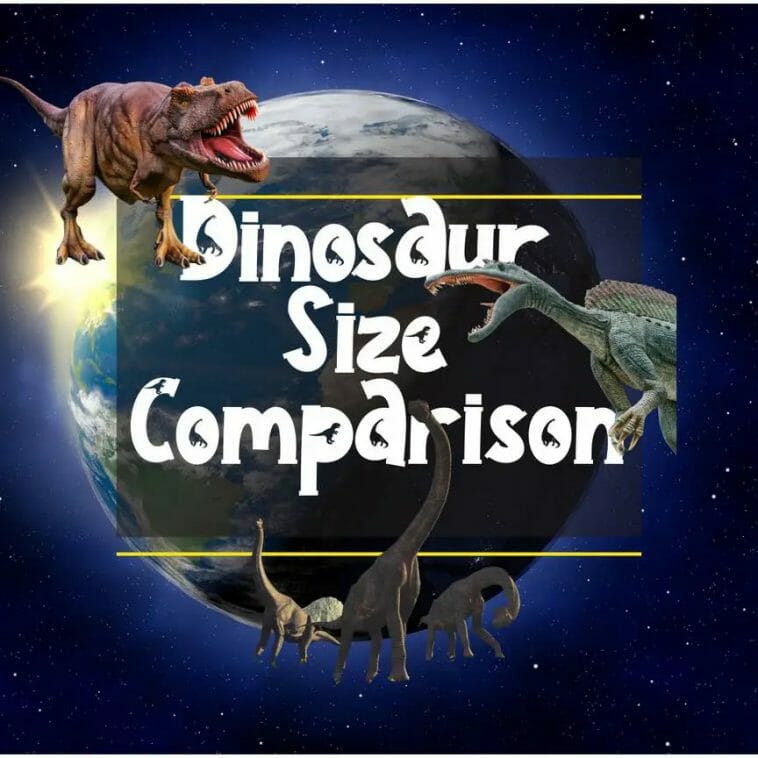 Have you ever imagined how large the largest dinosaur would be? Or, if there existed a method for comparing their sizes? We did as well, which is why we prepared the most comprehensive dinosaur size comparison ever.

It shows some of the best-known and most impressive dinosaurs from the Triassic, Jurassic, and Cretaceous periods. From formidable predators like Allosaurus and Utahraptor to delicate herbivores like Ankylosaurus and Triceratops, Are you prepared to learn which one is the largest of all?

Here, we provide the average length and weight of some of the most well-known dinosaurs.

Tyrannosaurus Rex (T-Rex) was one of the world’s most massive predatory dinosaurs. Tyrannosaurus was a carnivore with a large skull balanced by a long, hefty tail that lived during the Cretaceous period (68-66 million years ago) in the forested river valleys of today’s western North America. It features a nasty set of serrated teeth, short arms, a robust tail, and strong bipedal legs. 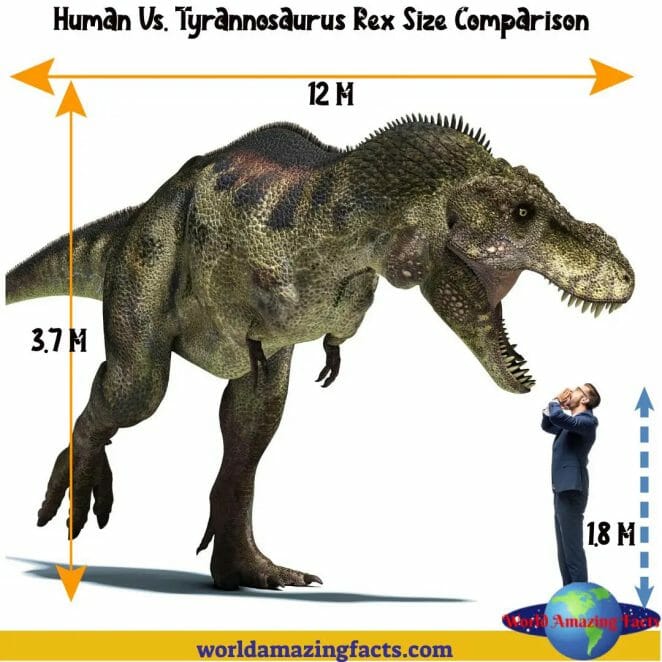 Triceratops were herbivorous dinosaurs with three horns that lived in western North America during the late Cretaceous epoch (68-66 million years ago). The Triceratops’ horns, which were combined with a shield-like skull plate, were likely intended to protect them from predators and may have also been employed for mating rituals. 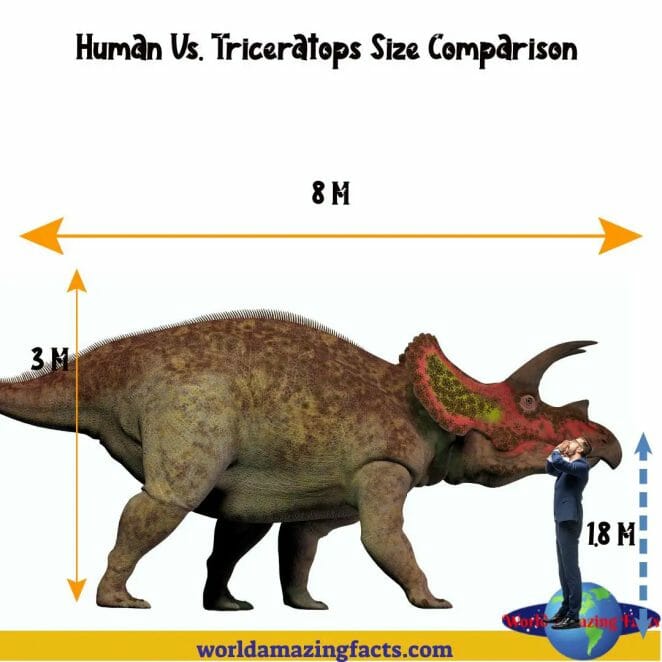 Spinosaurus is the largest of all known terrestrial carnivores that existed during the Late Cretaceous period (99-93.5 million years ago) and is renowned for its huge, thin back spikes. The Spinosaurus was a big predator on land and water, akin to today’s crocodile, and remains show that it was larger than the Tyrannosaurus Rex. 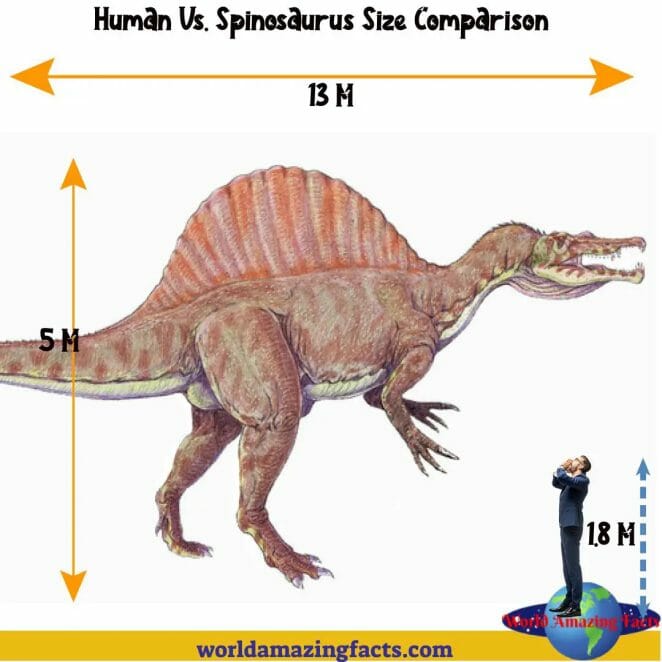 Stegosaurus was a herbivorous quadrupedal dinosaur that lived in the Late Jurassic period (155-145 million years ago) and was notable for its array of kite-shaped vertical plates along its back and robust spiked tail.

Stegosaurus was a defensive dinosaur with short limbs, a small head, and a huge torso. It likely foraged browsed twigs and low-hanging fruits. Their spiked tails were most likely used for predator protection, while their plates were likely used primarily for display and secondarily for thermoregulatory functions. 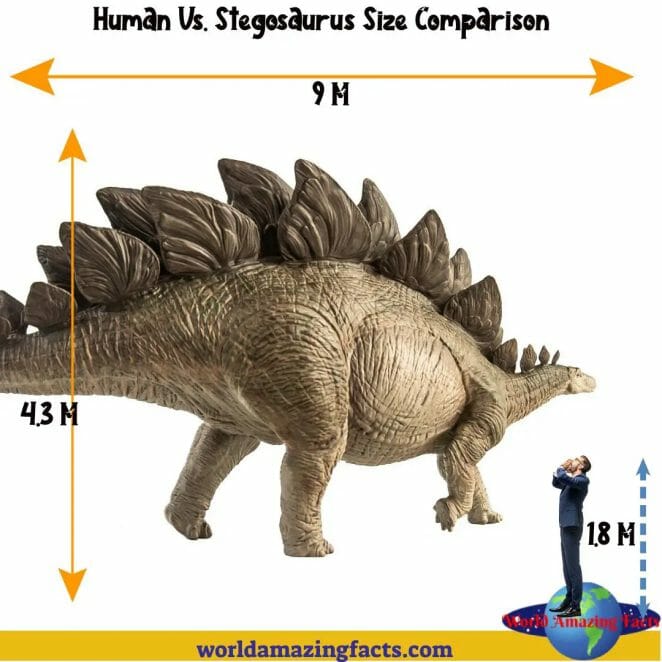 Ankylosaurus is a genus of armoured dinosaurs found in western North America dating from the end of the Cretaceous Period, roughly 68–66 million years ago, making it one of the last non-avian dinosaurs. It’s suggested that the tail club was used to defend against predators or in intraspecific conflict. 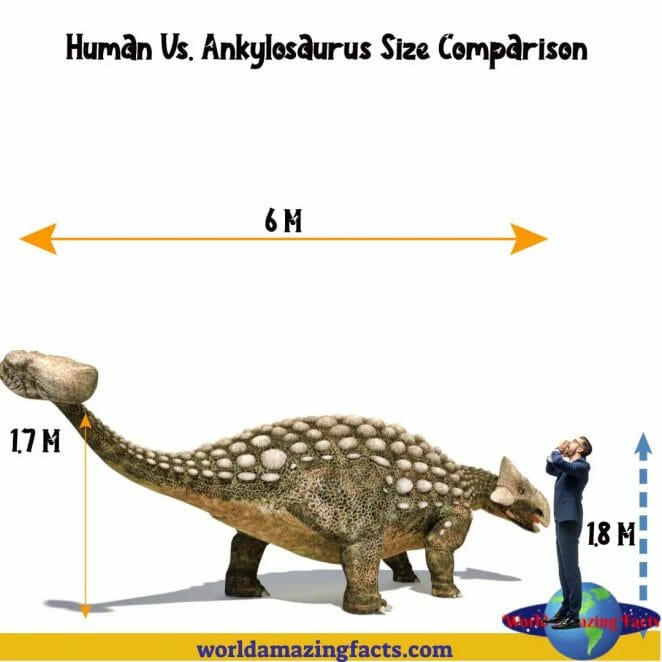 The Ankylosaurus was between 6 and 8 metres in length and stood 1.7 metres tall. Ankylosaurus weighed between 4800 and 8000 kilogrammes. 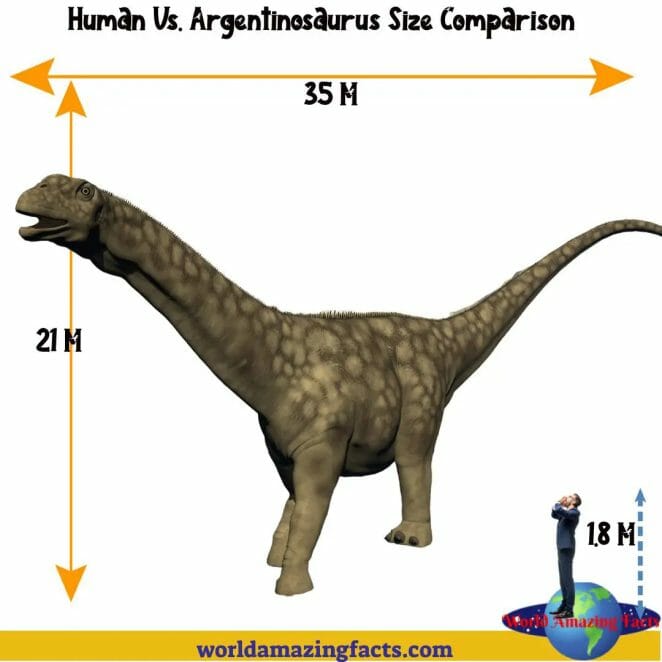 Velociraptor is a theropod dinosaur that existed between 75 and 71 million years ago, at the end of the Cretaceous Period. The Velociraptor measured around 2 metres in length and 0.5 metres in height. The weight of Velociraptor was 80 kg. 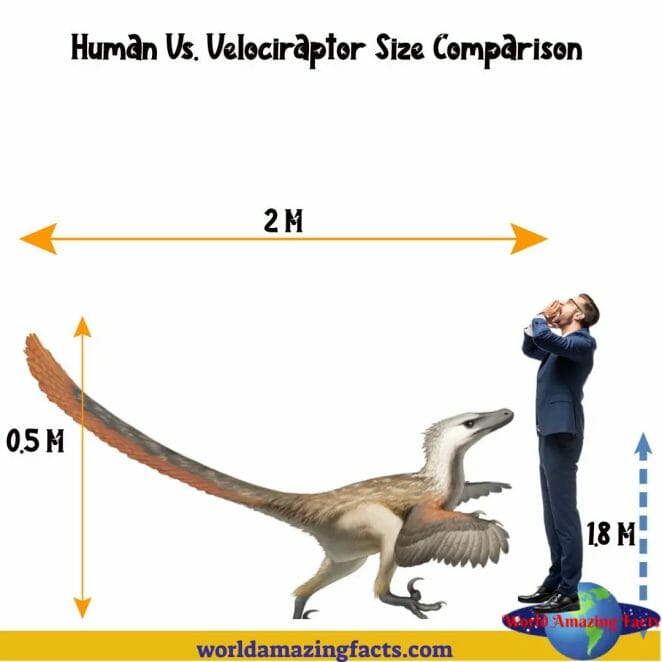 A velociraptor that was caught in the middle of a fight with a protoceratops was preserved in one of the most famous specimens ever found.

Brachiosaurus was a giant dinosaur that lived during the Late Jurassic period (154–150 million years ago). Brachiosaurus had a long neck and body, a tiny head, and larger forelimbs than hind limbs, making it ideal for grazing on plants high above the ground surface. 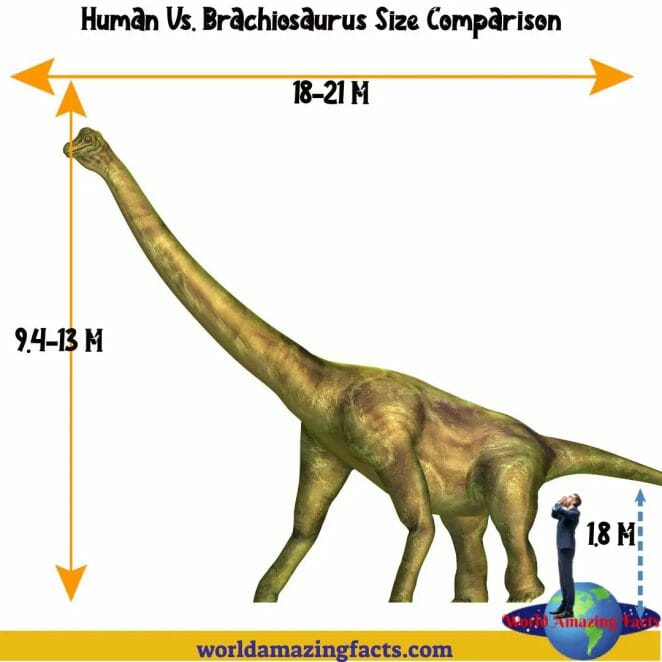 The long neck and body of Brachiosaurus gave it a height of 9.4–13 metres and a body length of 18–21 metres. Brachiosaurus weighed between 28,000 and 58,000 kilogrammes on average. 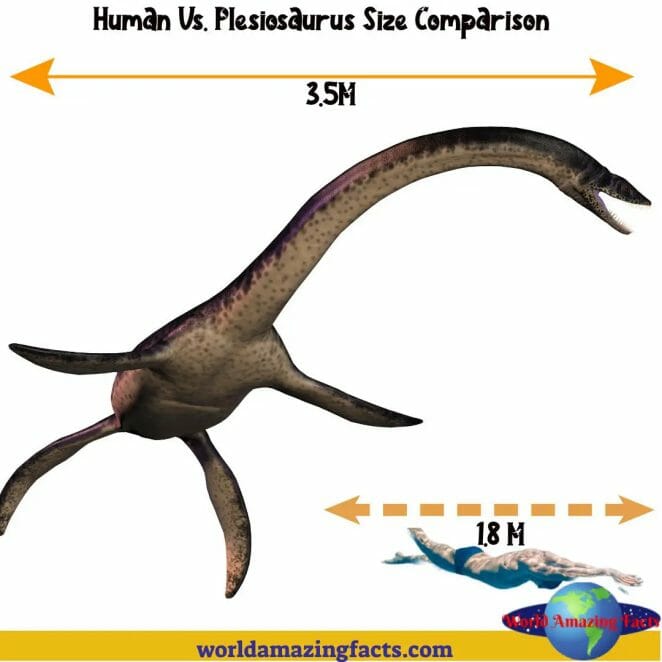 Plesiosaurus had a body length of 3.5 metres and a height of 100 centimetres. Plesiosaurus was 500 kilogrammes in weight.

The popular name for pterosaurs is pterodactyl. Pterosaurs originally arrived during the Late Triassic Period and ruled the skies until the Late Jurassic Period (150.8 to 148.5 million years ago). Pterosaurs coexisted with dinosaurs and became extinct at roughly the same time, but they were not dinosaurs. Pterosaurs were rather flying reptiles. 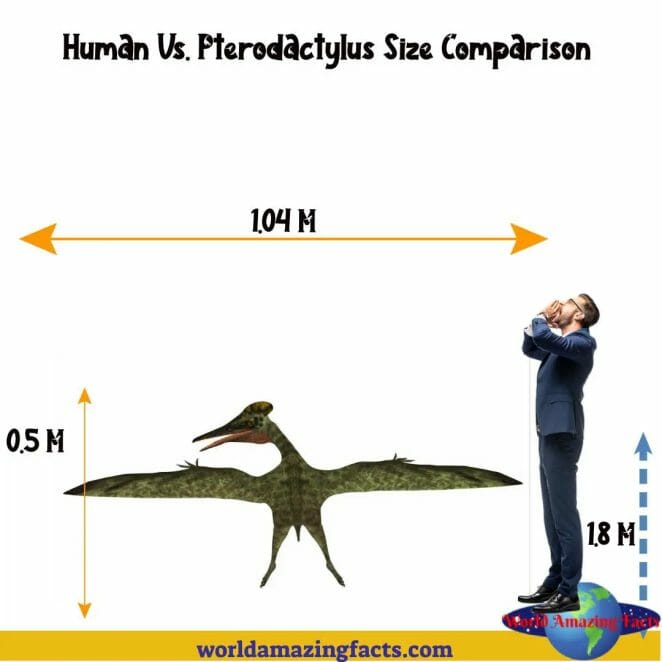