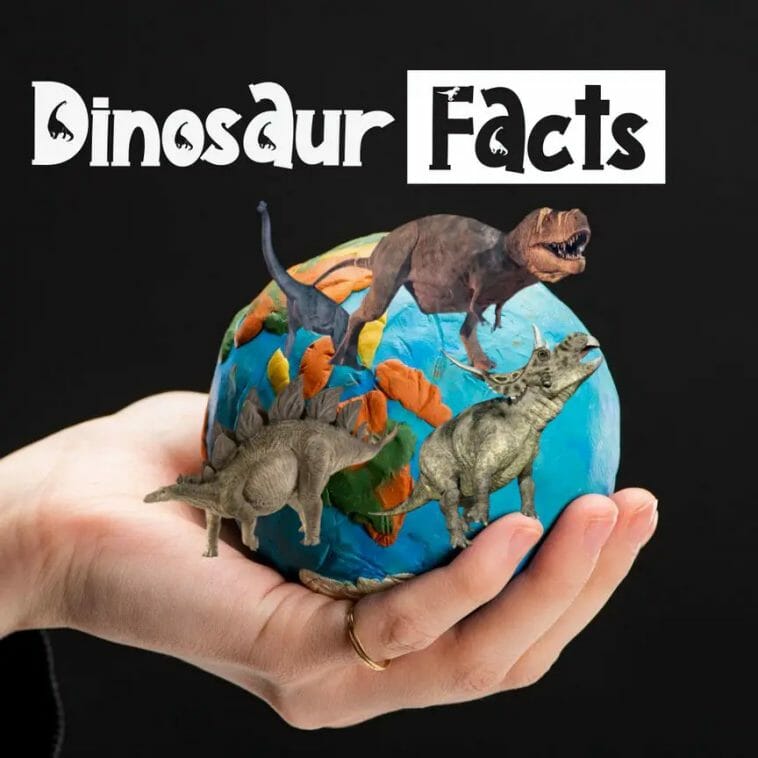 Dinosaurs are well-known and loved all across the world. Dinosaurs, the most feared creatures in history, have existed for millions of years on this planet. In fact, they prospered so extensively that remnants of their presence can still be found today.

After all, the vast majority of these huge species have been gone for 66 million years. Despite the fact that palaeontologists and biologists know very little about these species, their appeal among young and old continues to grow.

Despite the fact that there is still a lot of research being done on dinosaurs, and new discoveries are being made all the time, there are some realities about dinosaurs that we can’t seem to figure out.

Check out these interesting random dinosaur facts if you want to understand more about these incredible beasts.

1: Argentinosaurus was the world’s longest dinosaur, measuring over 40 metres and as long as four fire engines. It belonged to the titanosaur family of dinosaurs. Its skeleton was discovered in Argentina, South America. 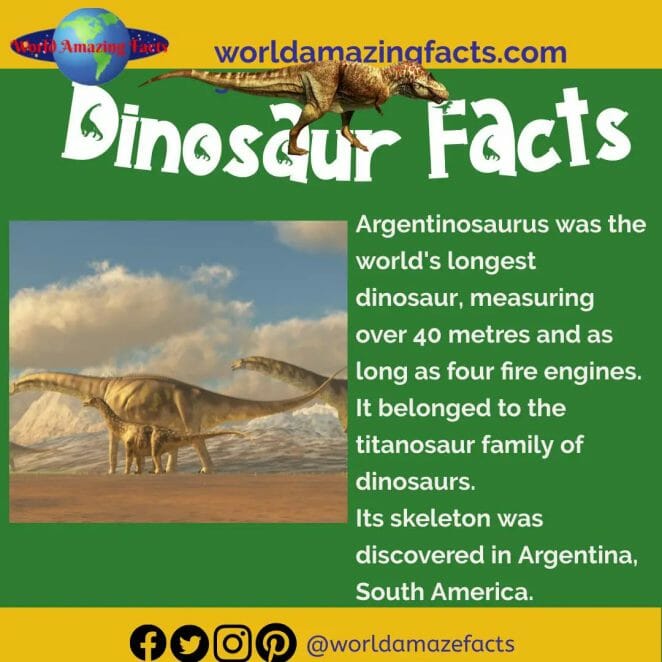 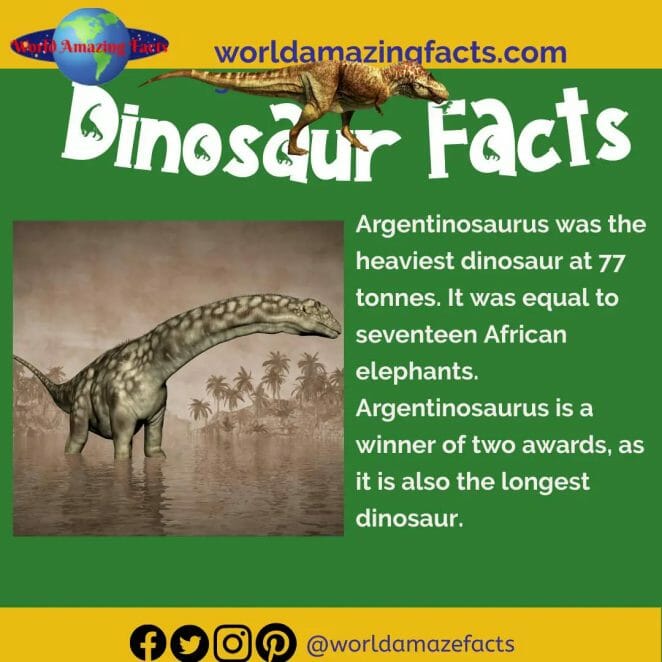 3: Lesothosaurus, a little bird-hipped plant-eater about the size of a chicken, is the smallest fully-grown fossil dinosaur. There have been smaller fossilised instances discovered, but these are of baby dinosaurs. 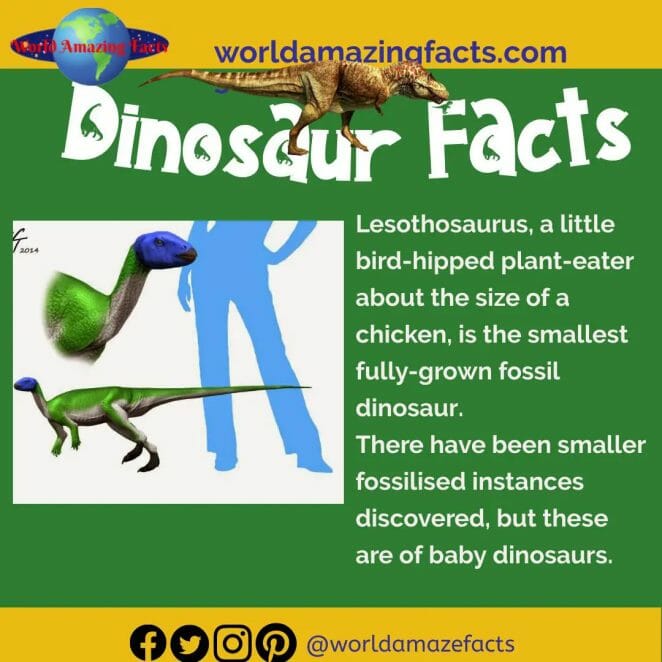 4: Troodon was one of the most intelligent dinosaurs. It was a 2 metre long hunting dinosaur with a brain size equivalent to that of a modern mammal or bird, stereoscopic eyesight, and grasping hands. 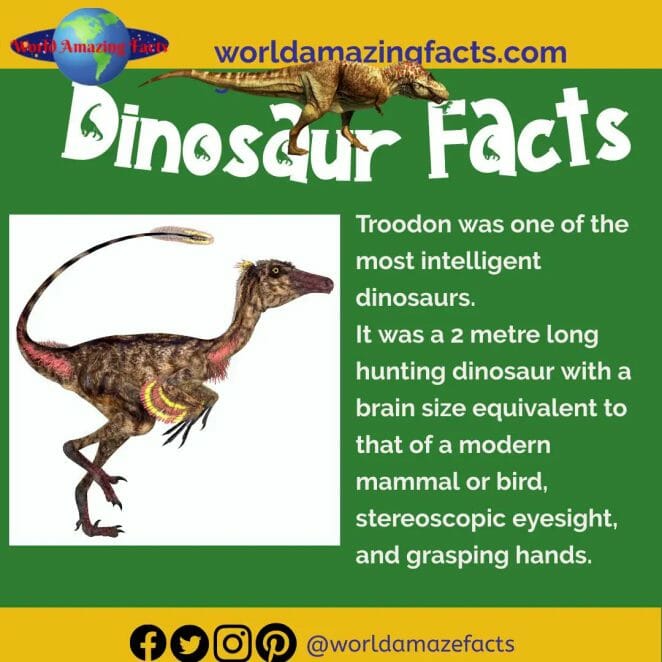 5: Stegosaurus had a walnut-sized brain that was only 3 cm long and weighed 75 grammes. When brain size was compared to body size, sauropodomorphs like Plateosaurus were arguably the dumbest dinosaurs. 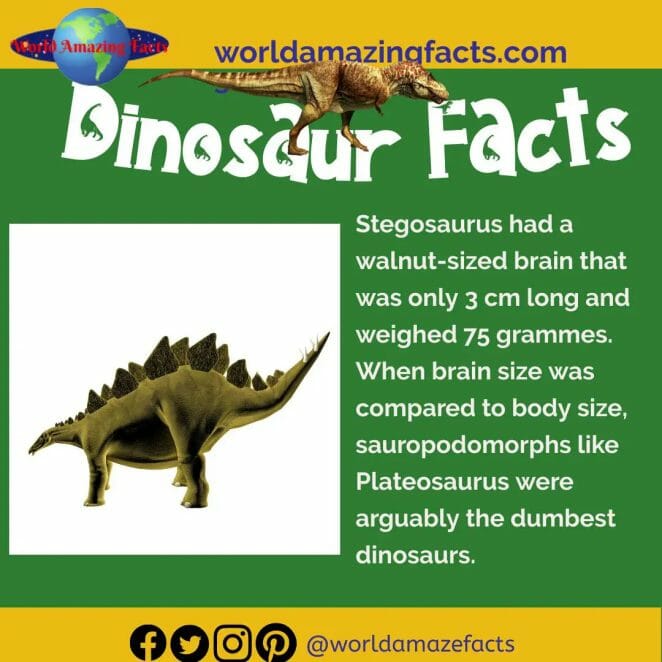 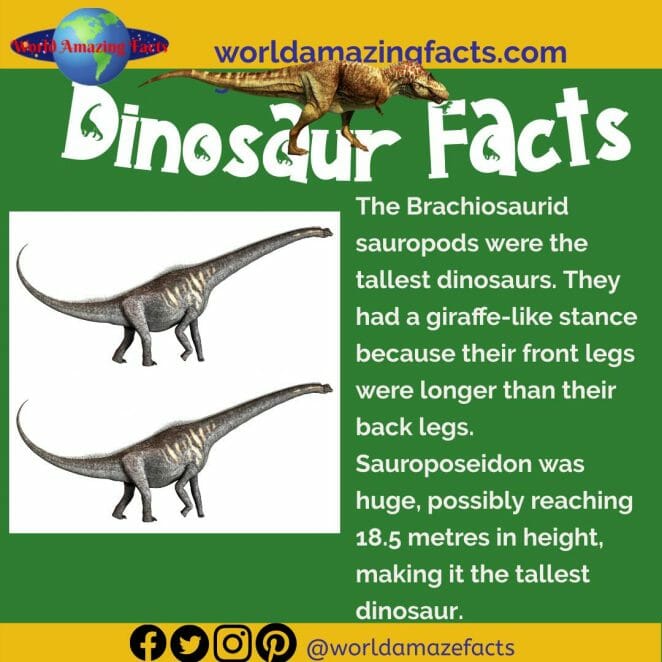 7: The fastest dinosaurs were presumably ostrich mimic ornithomimids like Dromiceiomimus, which could run at speeds of up to 60 kilometres per hour. 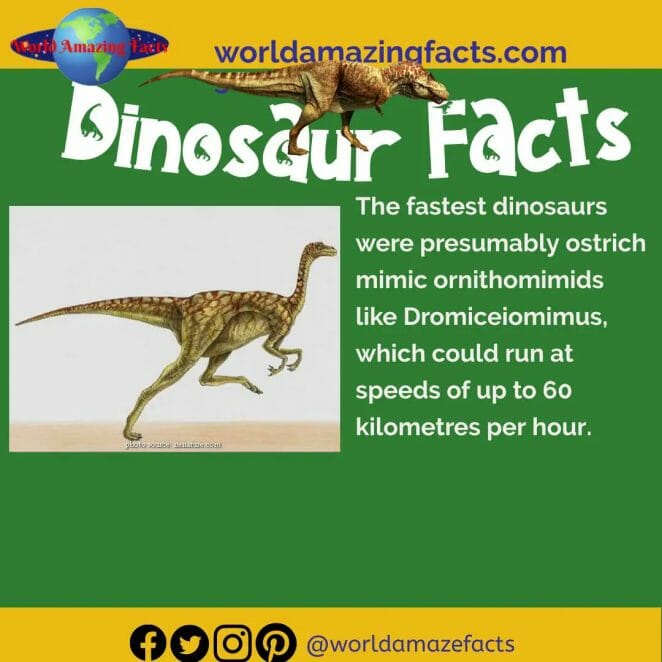 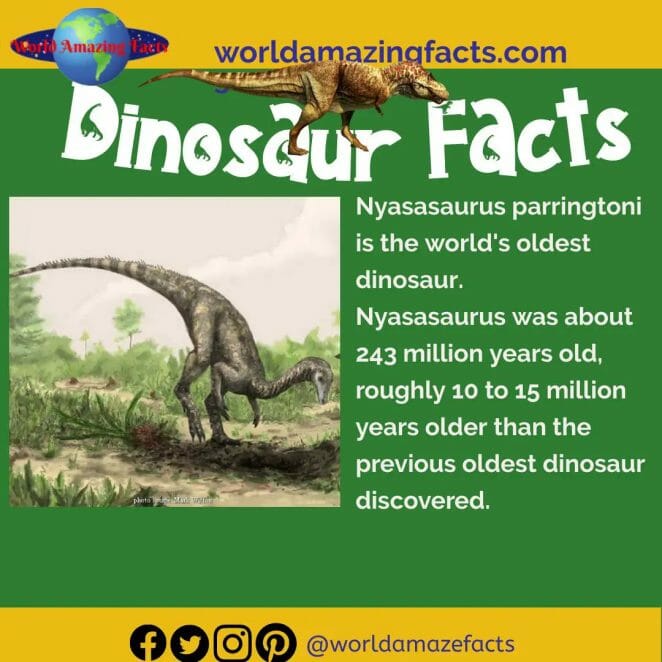 9: The longest dinosaur name was Micropachycephalosaurus, which means “small thick-headed lizard.” Its fossils have been discovered in China, and the Chinese scientist Dong gave it its name in 1978. 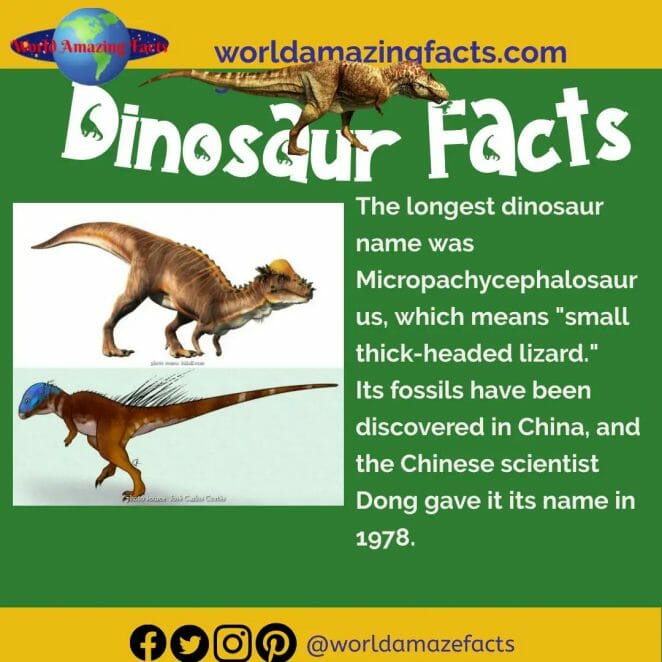 10: Quetzalcoatlus was the largest pterosaur, and thus the largest flying creature of all time, with a wingspan of up to 13 metres. Pterosaurs did not belong to the dinosaur family. 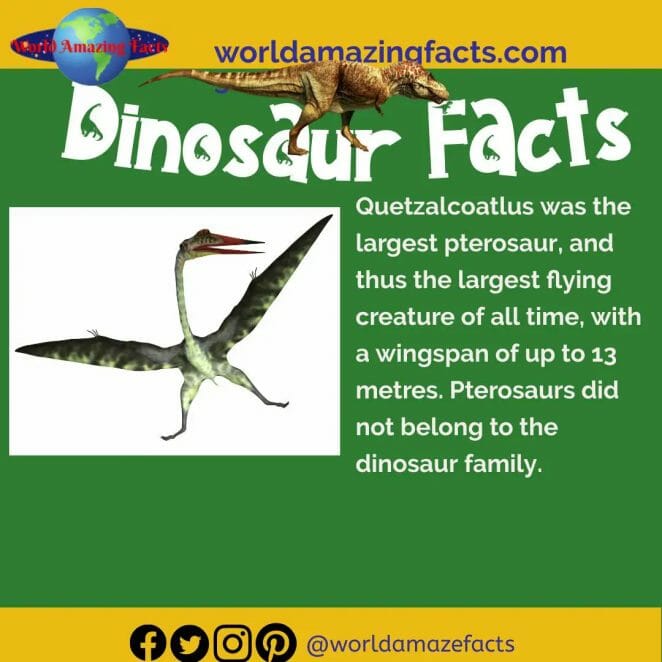 11: Utahraptor was arguably the most vicious in terms of general cunning, resolve, and its arsenal of terrible weaponry. Utahraptor was around 7 metres tall and was a fierce, agile, and clever predator. 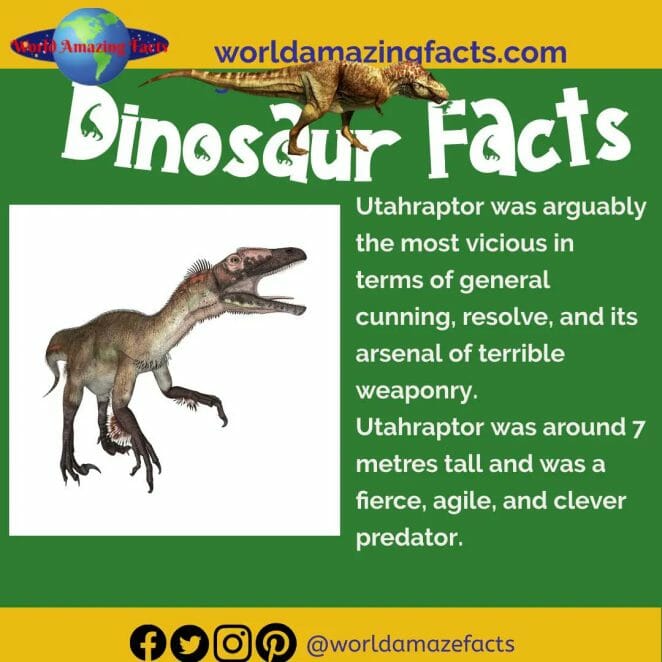 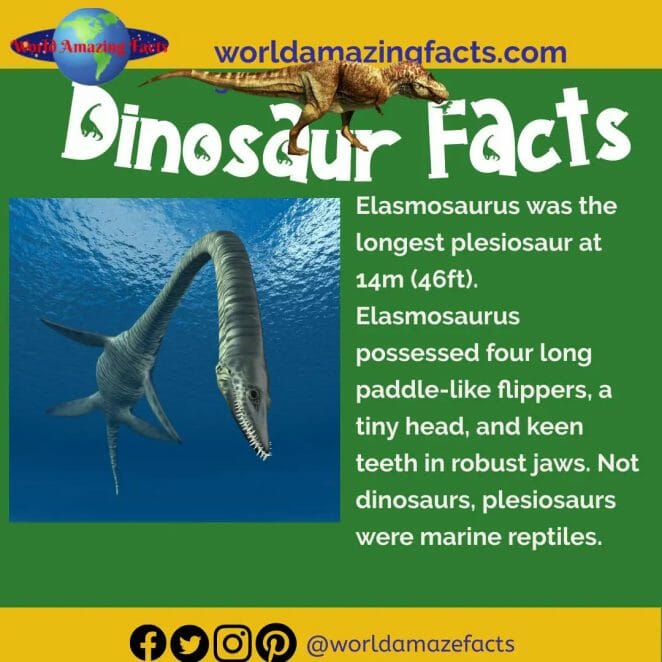 13: Megalosaurus was the first dinosaur to be named. Reverend William Buckland named it in 1824. Megalosaurus was roughly 9 metres long and 3 metres tall, and its name meant “great lizard.” 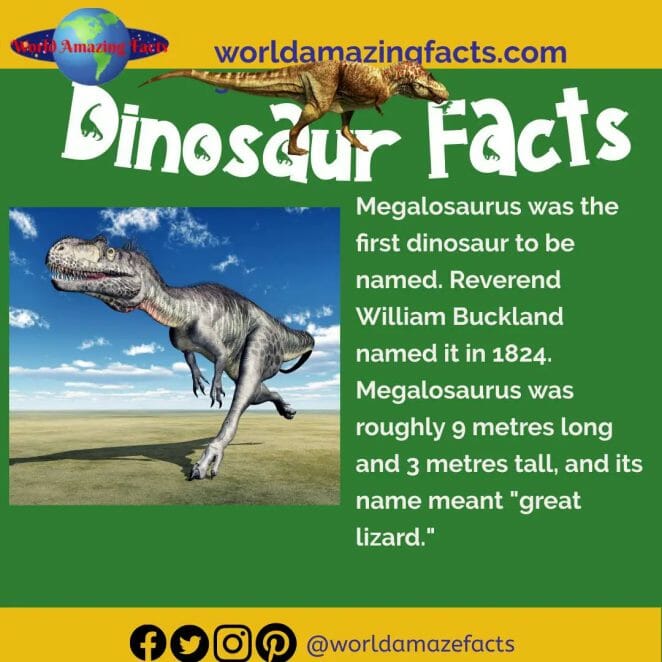 14: A meteorite that hit the Yucatan Peninsula 65.5 million years ago may have wiped out dinosaurs, pterosaurs, and plesiosaurs. Sharks, jellyfish, fish, scorpions, birds, insects, snakes, turtles, lizards, and crocodiles, on the other hand, were among the survivors. 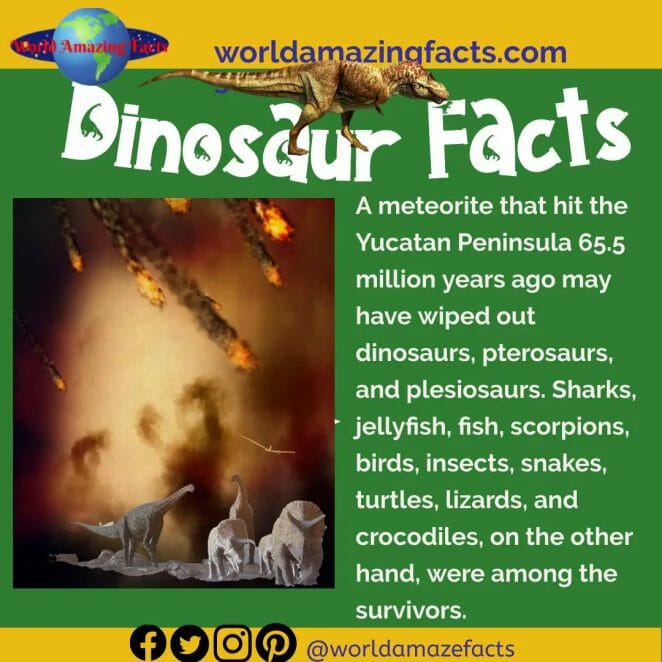 15: The Therizinosaurus (“reaping lizard”) was the dinosaur with the longest claws of any animal in the history of life on earth. Its claws might reach 3 feet (1 metre) in length. 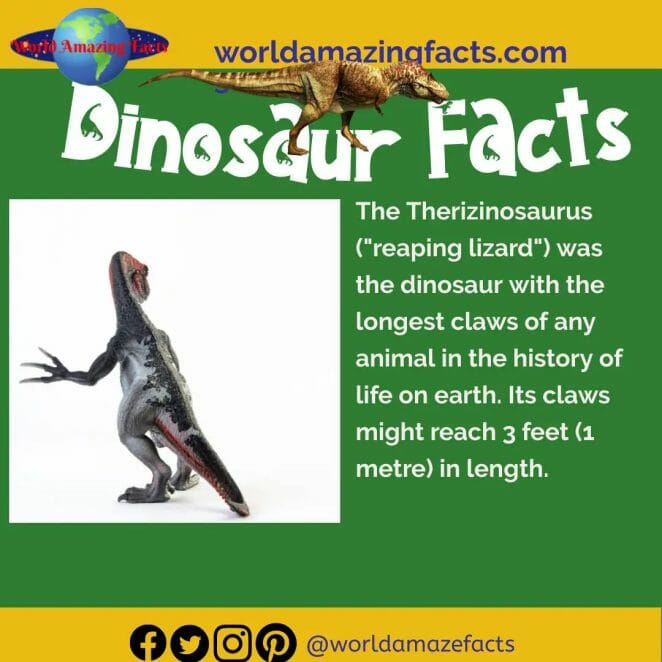 16: The longest tooth ever measured was 12 inches long and belonged to the famed Tyrannosaurus rex. T. rex possessed fifty to sixty thick, conical, and serrated teeth that were replaced when they were broken. 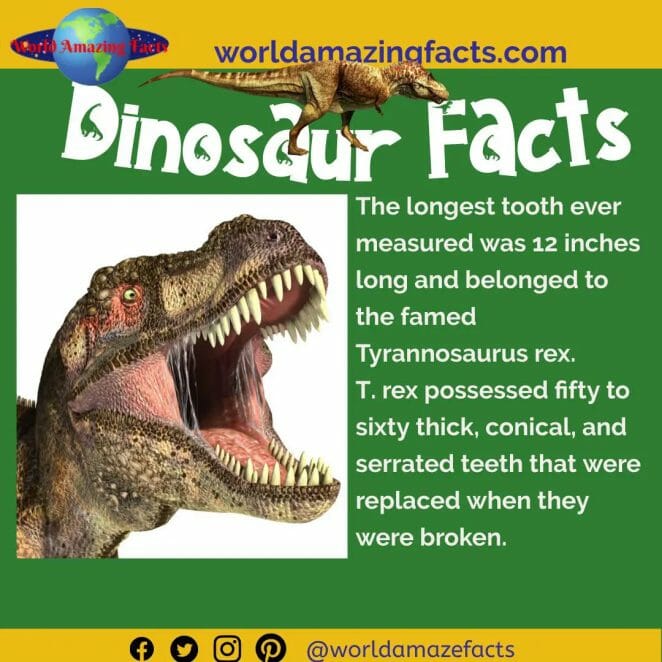 17: The maximal biting force of the Tyrannosaurus rex is estimated to have been close to 12,800 pounds, or roughly the same as an adult T. rex’s body weight. This makes it the land animal with the strongest bite ever recorded in history. 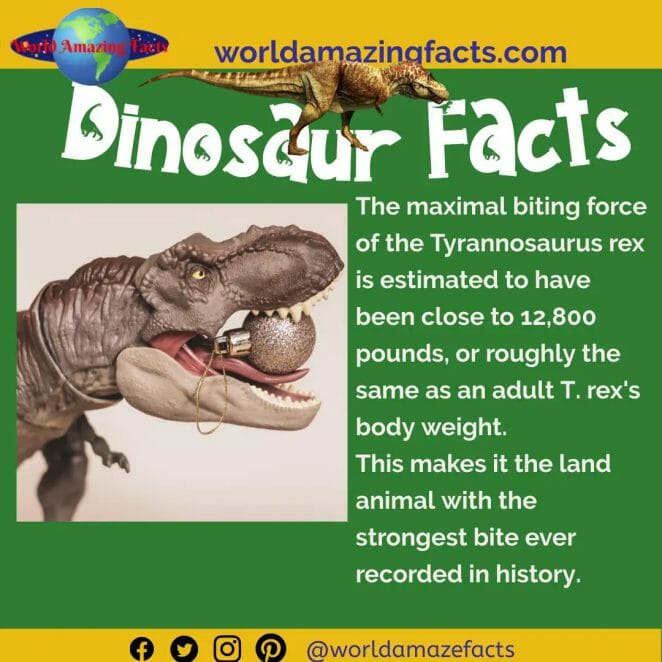 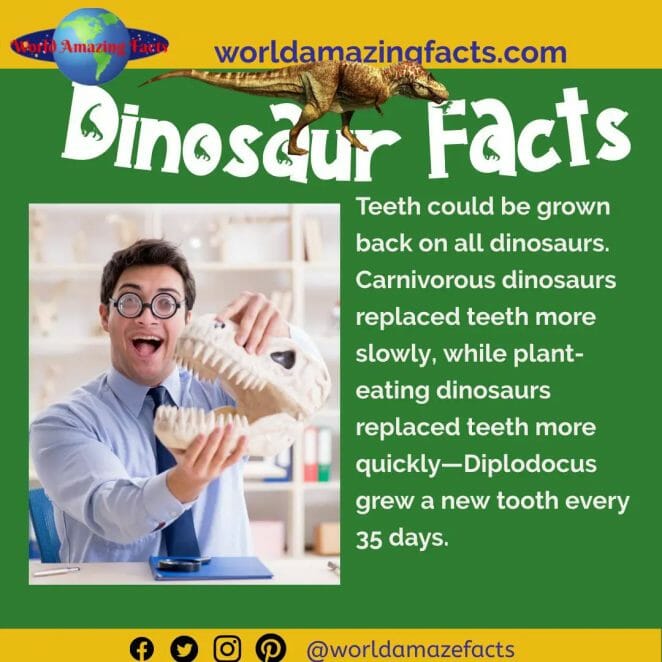 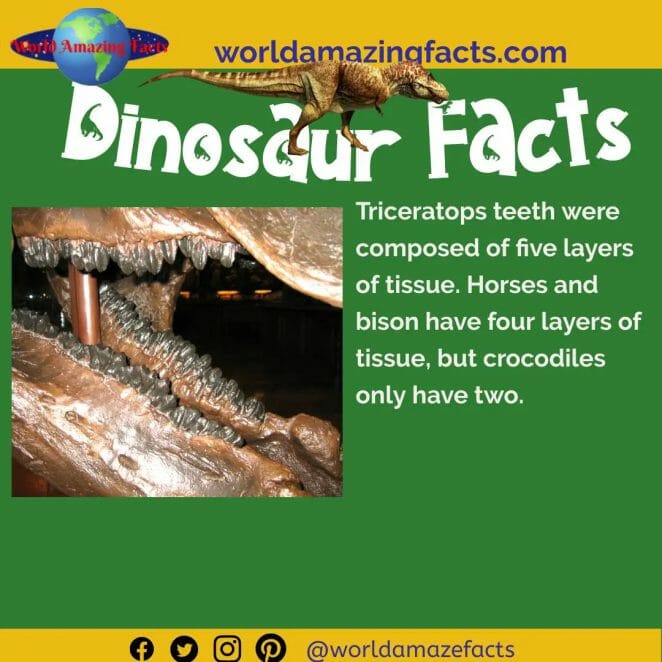 20: Numerous herbivorous dinosaurs ingested gastroliths. Gastroliths are stones kept in the digestive system to aid in food digestion when chewing is insufficient. 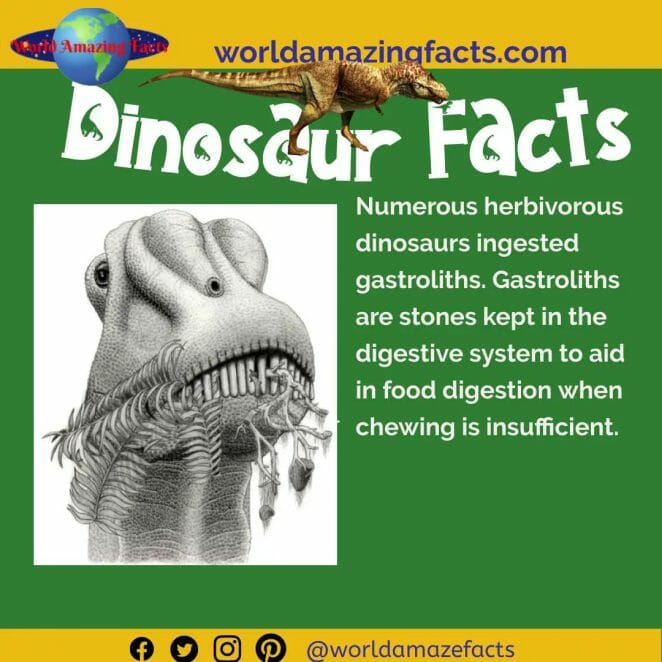 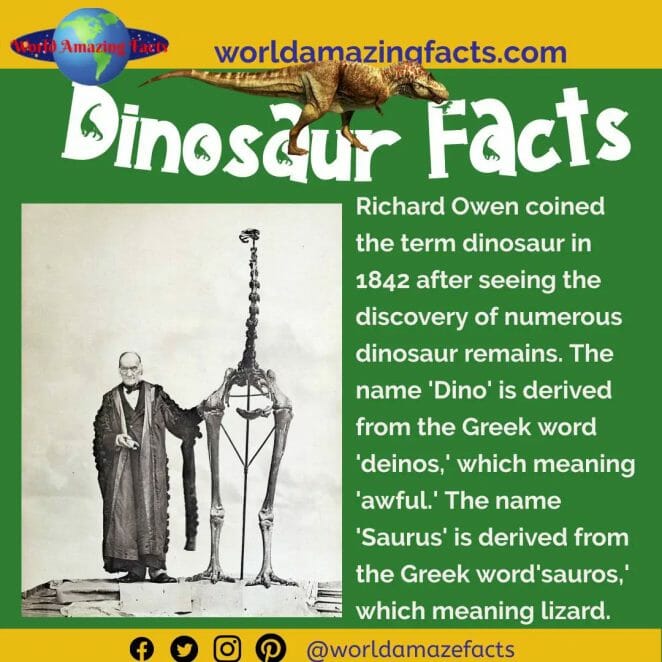 22: The Spinosaurus, which was approximately 50 feet long and spent much of its life in water, was the largest carnivorous dinosaur yet unearthed. 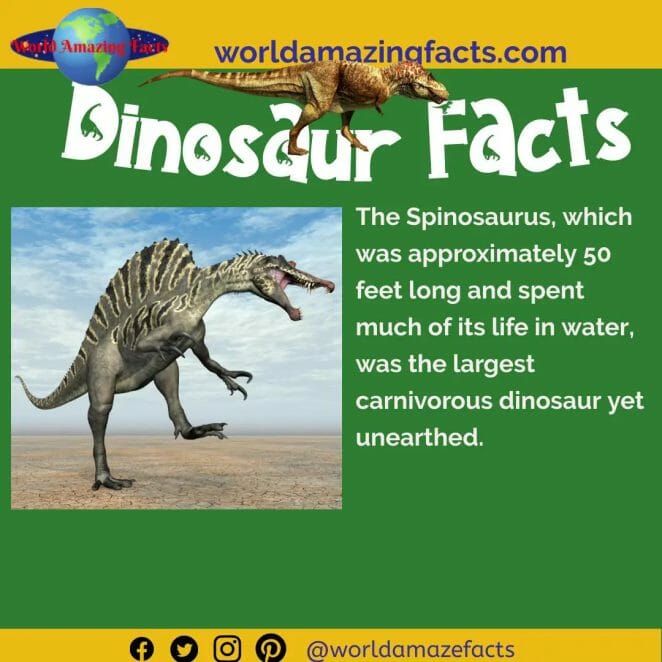 23: Some dinosaurs built huge nests to house their young. The largest dinosaur egg ever discovered was almost 19 inches long, while the smallest was only 0.7 inches (smaller than a penny). 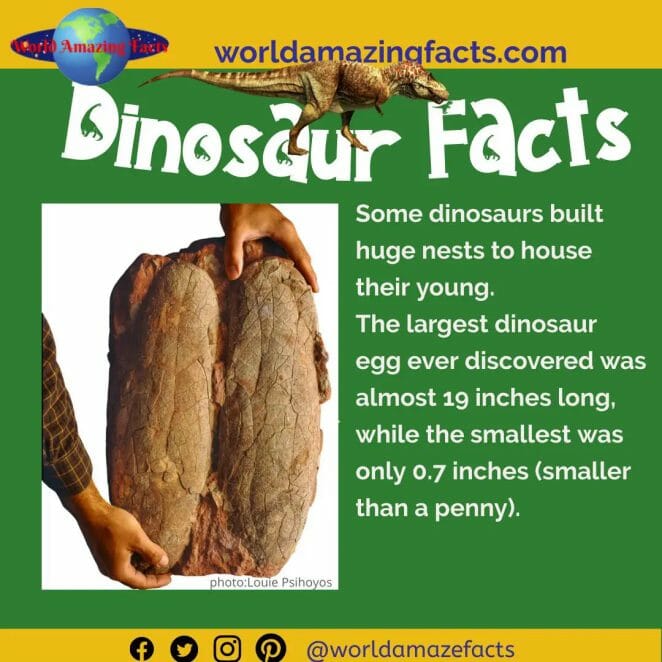 24: Dinosaur fossils have been discovered on each of Earth’s seven continents. From the scorching heat of Africa to the sub-zero temperatures of Antarctica. 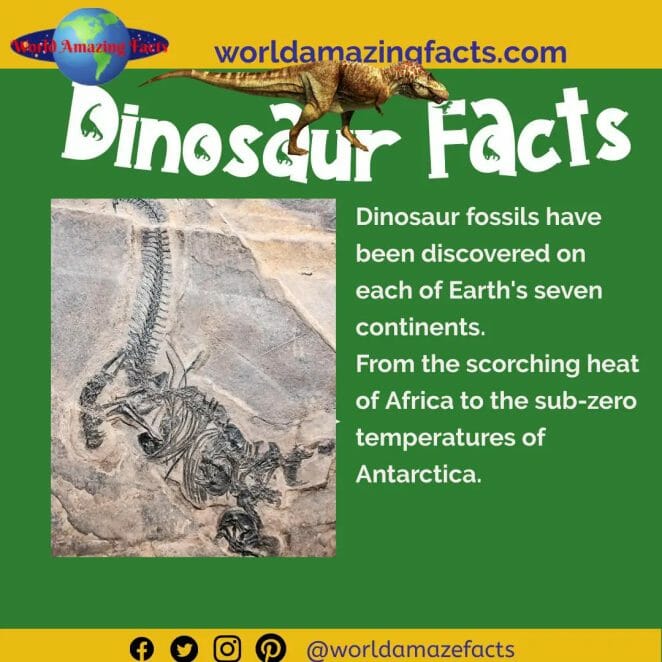 25: Archaeopteryx was believed to be the first dinosaur capable of flight. Similar to contemporary birds, they had flight and tail feathers during the Jurassic Period 150 million years ago. This species is thought to be link between dinosaurs and birds. 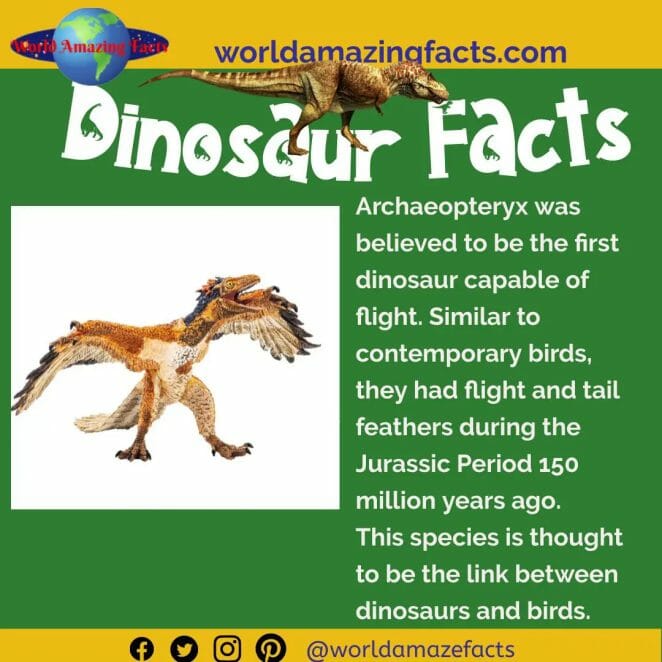