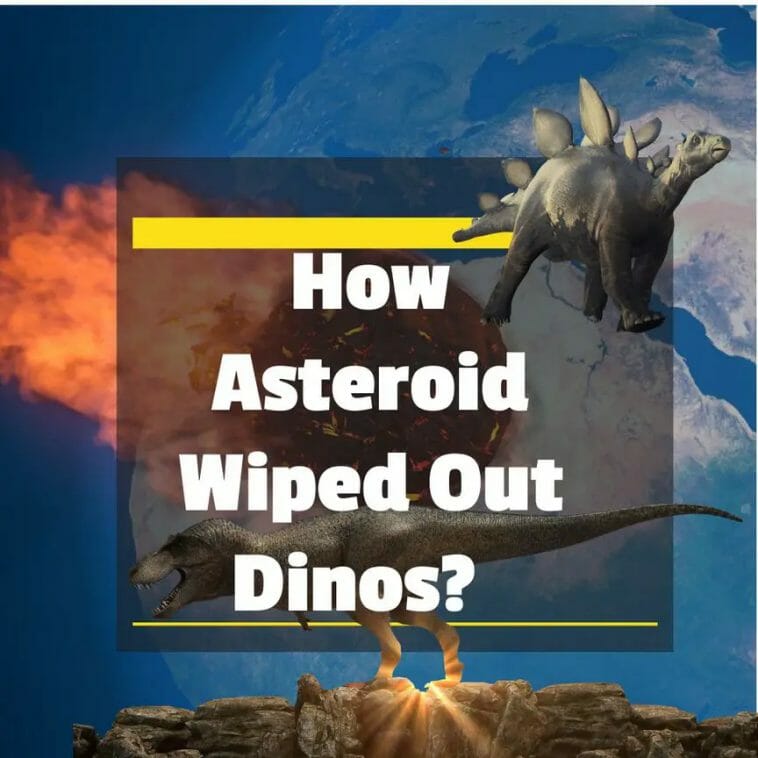 Approximately 66 million years ago, nonavian dinosaurs and more than half of the world’s species became extinct. The “Alvarez theory,” named for the late physicist Luis Alvarez and his geologist son Walter, is the most widely recognised explanation for what caused the catastrophic mass extinction. In 1980, they thought that a large asteroid or comet hitting the Earth caused the mass extinction.

The asteroid Chicxulub is usually held accountable for the Cretaceous-Paleogene extinction catastrophe. The collision of the asteroid with a shallow body of water in what is now the Gulf of Mexico contributed to the final extinction of the dinosaurs.

According to estimates provided by researchers, the force of the collision would have resulted in a discharge of energy that was more than a billion times greater than that of the atomic bombs that were detonated over Hiroshima and Nagasaki in 1945. When all of these things happened at once, they had a terrible effect on the climate of the whole planet, which killed off many species.

The collision was catastrophic, generating tsunamis that inundated wide stretches of shoreline and possibly global firestorms. The collision also ejected vast quantities of dust and molten rock into the atmosphere, which, coupled with the soot from all the fires, obscured the sun for extended periods. These tiny particles, known as spherules, created a thick layer of soot on the planet. According to experts, the collapse of the aquatic ecosystem was brought about by the absence of sunlight. This is due to the fact that the phytoplankton that forms the foundation of virtually all aquatic food chains would have died out.

In addition, a significant portion of the vaporised rock was sulfur-rich, resulting in the production of sulfuric acid aerosols that precipitated back to Earth and acidified the oceans. Researchers say that the soot needed for such a global disaster could only have come from a direct hit on hydrocarbon-rich rocks in shallow water around Mexico.

Experts think that a large tsunami wave ravaged the Gulf coast within 10 hours of the quake’s impact. This resulted in earthquakes and landslides in regions as far away as Argentina. During their investigation, scientists found tiny pieces of rock and other debris that were thrown into the air when the asteroid exploded.

A report published in Nature Communications in 2020 showed that the impactor hit at the worst conceivable angle and did the most damage. The impactor was massive enough to melt, shock, and eject granite from deep within the Earth, perhaps generating a megatsunami and ejecting vaporised rock and sulphates into the atmosphere. Large-scale forest fires have been proven by geological data as well.

Due to the selective nature of the extinctions, the Cretaceous–Paleogene (K-Pg) extinction event remains a mystery to scientists. Many mammals, birds, crocodiles, and turtles survived the extinction of non-avian dinosaurs, pterosaurs, ammonites, and practically all marine reptiles. This most recent piece of research puts forth the hypothesis that the cyclical nature of the impact event may have had a role in determining which species were wiped out and which survived.