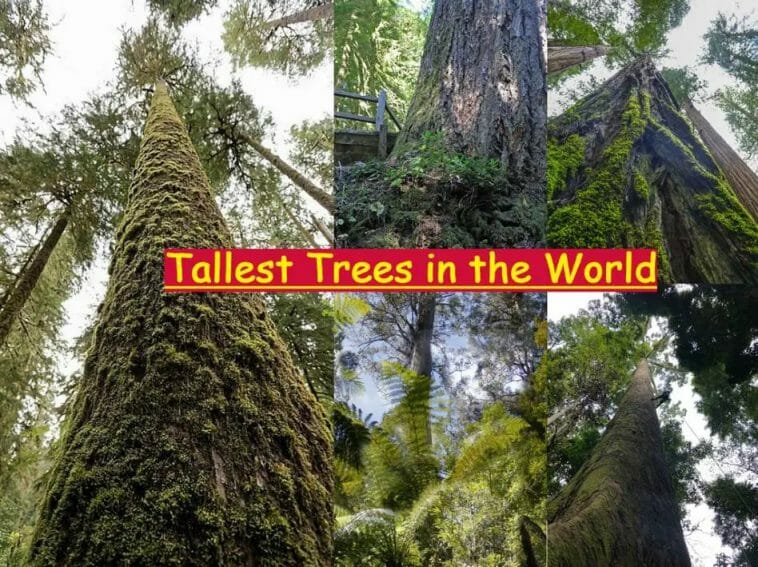 Among the most interesting living organisms found in the world are trees. All the information about their means to grow, their ways of communication, their regrowth for many generations, and their methods to adapt to the harsh and tough conditions of the climate has always attracted man.

Trees are known to be the most massive of all the living organisms being found on the entire earth. Certain species of trees have a longer life span than any of other terrestrial creatures. The maximum height that can be attained by the tree is somewhere between 400 feet to 426 feet. In history, trees are estimated to have greater heights than what exists now and deforestation has led to the death of many tallest and widest trees.

Trees are known to inhabit the best of earth. Their roots are there in the soil where they are having a connection with soil while their upper part is reaching the sky and is getting the energy of the sun. But scientists claim that the trees are not able to grow in height forever which is unlikely to be like Jack’s beanstalk proverb.

Trees exist in many shapes and heights. We can explore a large variety of trees from the tallest tree existing in California to India’s widest trees forming the largest canopies. Although trees may have different sizes, shapes or volumes they are included in the entire world of trees and they still grow.

Now we come to the list of trees belonging to different species which break the records of all the giant trees existing in the world.

Contents for Tallest Trees in the World

California’s coast redwood (Sequoia sempervirens), Hyperion, is the world’s largest living tree at 116.07 metres. That particular tree was discovered deep within the Redwood National and State Parks, which were purchased in 1978 and are now part of the United States National Park Service. 530 m3 (18,600 cu ft) of wood is estimated to be in it. Also in the park are the second- and third-tallest trees in the world, Helios and Icarus.

The coast redwood, nicknamed Hyperion, was discovered by Chris Atkins and Michael Taylor on August 25, 2006, and its exact location is maintained a highly guarded secret to safeguard it. The 2006 height was 115.55 m (379 ft 1.2 in) via climbing and direct tape-drop. By the year 2019, the height had risen to 116.07 metres (380 ft 9.7 in). The tree was named by Chris K. Atkins and Michael W. Taylor as the Hyperion, meaning “The High One.” It was so named because of the Greek Titan Hyperion, who was the father of Helios and also a brother of Kronos and Rhea. Hyperion is thought to be around 600 to 800 years old.

• Hyperion, the great-grandfather of all lofty trees! This magnificent coast redwood (Sequoia sempervirens) was discovered in 2006 and stands so tall that the top of it is hidden. It dwells alongside several remarkable specimens in Redwood National Park, California, including Helios at 374.3 feet (114.1 metres), Icarus at 371.2 feet (113.1 metres), and Daedalus at 363.4 feet (110.8 meters).

Menara is the name of the yellow meranti tree known as Shorea faguetiana, which was discovered in the Danum Valley Conservation Area, Sabah, which is the island of Borneo. The height of the tree is 100.8 meters, or 331 feet, making it the tallest of the tropical trees existing currently and the tallest on the continent of Asia. It was named Menara, which is a word in the Malay language meaning “tower” by the Southeast Asia Rainforest Research Partnership.

It is regarded as the tallest flowering plant and breaks the record of mountain ash, known as Eucalyptus Regnans, which is located in Tasmania and is 100.5 metres in height. The weight of Menara is 81,500 kg, without including roots. The trunk makes up 95% of the total mass, and the crown makes up the remaining 5% mass, and this crown is of 40-meter width. The centre of mass for Menara is 28 m above the ground, and as far as the vertical axis is concerned, it is 0.6 m off, and its stem is exactly straight. The sitting of the tree is on a slope, while the other part is fully balanced and very symmetrical.

• After decades of being ruthlessly picked, yellow meranti is critically endangered and IUCN red listed. While the core rainforest in Sabah is protected, yellow meranti is nevertheless harvested elsewhere in Borneo, often to build concrete moulds and inexpensive plywood. These remarkable trees are each their own small biodiversity hotspot, with up to 1,000 bug, fungal, and other plant species living within them.

The Centurion is the highest Eucalyptus regnans in the world. E.regans is regarded as the third-highest and tallest species after the yellow Meranti and coast redwood. Its length was measured in 2008 by the tapeline and the length measured was 99.6 meters or 327 ft tall. The location of this tree is in Australia in southern Tasmania.

This tree has survived the forest fires luckily and is located in the little patch in a very aged forest which is bordered by the secondary forest. The other tall trees surrounding Centurion are Triarius which is 86.5 meters in length and belongs to E.regans species, and the other tall tree found in that area is The Perfect which has 19 m in width and was badly burned by the fires in 2019.

The growth of the tree is found to be very slow which was measured by the recent measurements. The tree was found to be grown to the height of 99.82m and was measured by the tape drop. While in 2016 the length was indicated to decrease to the height of 99.67 m. And its latest measurement in December 2018 showed that its height has increased to 100.5 m. It is 4.05 m in diameter and the width is exceeding 12 m. The volume of Centurion is 268 cubic meters. It is named after the centurions’ which are Roman officers. The root name is centum which is the Latin word meaning “one hundred “. The tree is also known as “The Bradman” because the height of the tree is close to the test run average of Donald Bradman, an Australian cricketer.

• Any tree in the Tasmanian state forest that is taller than 85 metres and/or has a volume more than 280 cubic metres must be registered and protected. Forest giants were discovered in a non-protected state forest, but they were promptly added to the list of protected trees.

It is among the tallest trees in the world and is measured to be at a height of 327 feet, or 99.7 m. The other name for Doerner Fir is Brummitt Fir. This tree is a record-setting Coast Douglas-fir of the species Pseudotsuga menziesii var. menziesii located in Oregon.

In 1991, the tree measured 329 feet, which is approximately 100.3 metres in height. In 2008, it was found in the latest measurement that it had lost its 2 feet upper part, which is 0.6 m. It is close to the height of Centurion, which is found in southern Tasmania.

It grows in the forest of the Bureau of Land Management found in the Coos country. It was given the name Brummitt Fir due to its drainage, and it was renamed later on after Ray Doerner, who had been serving BLM for a long time and was a commissioner at Douglas Country.

It was found in 1989 and its measurements were made two years later. So there is the possibility that other tall trees may exist and are yet to be found. The BLM designation protects it from logging. Its age is between 450 and 500 years and its diameter is 11.5 feet. Unfortunately, the upper part of the tree is dead, and this dead part is 15 m in height, which is the reason for the continuous decrease in the height of the Doerner Fir. Still, it is thought that there will be an increase in the volume and circumference of the timber.

The tree has shrunk by two feet from its original height of 329 feet and cannot grow any taller because the top is dead. It’s not uncommon for towering trees to have a dead top. The Doerner Fir can grow fat and old throughout the remaining half of its life, making it a very large tree.

Raven Spruce is known to be the tallest Sitka spruce on this planet. The height of the tree is measured to be 96.68 m which makes it approximately 96.7 m. The exact location of this Sitka spruce is not known but it is found in the Prairie Creek Redwoods State Park, California. In 2001, Michael Taylor and Ron Hildebrandt discovered this tree and measured it. Steve Sillett also measured this tree in 2007. The top of the tree is continuously growing and increasing the height of the tree. It belongs to the species of Giant sequoia which is Sequoiadendron giganteum. The diameter of the tree is 4.87 m.

It has a highly complicated root system and different plants inhabiting this tree above the ground level. Although it seems strange the moist climate and great girth of this tree provide all the possibilities for this. Epiphytes find the perfect climate on the bark of this tree and the damp and foggy climate provides room for a variety of mosses and ferns. The branches get a thick cover on them and the soil may also develop on them.

• While no measurements have been taken since 2007, the Sitka spruce is believed to be growing, thus it may currently be even taller. Even though it may seem strange, the tree’s enormous width combined with the region’s wet climate allow for the development of an elaborate root system that extends much above ground level. Raven’s Tower has a new root system at a height of roughly 50 metres, allowing the tree to grow considerably taller than before.