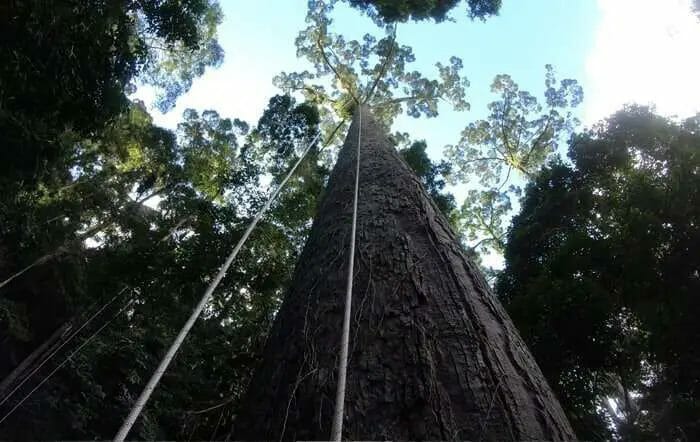 The tallest tropical tree in the world was found in the rainforest of Sabah, a Malaysian state on the island of Borneo. This 330.7-foot (100.8-meter) Yellow Meranti Tree (Shorea faguetiana) in the Danum Valley of Sabah was the first 100-meter tropical tree to be discovered. The team, collaborating with SEARRP (South East Asia Rainforest Research Partnership), named the tree “Menara”, which means “tower” in Malay, due to its towering height.

This tree surpasses previous record holders, including another tree in Danum Valley estimated at 96.9m that was documented in May 2018 in Tawau Hills National Park, Sabah. This makes it unquestionably the world’s tallest tropical tree.