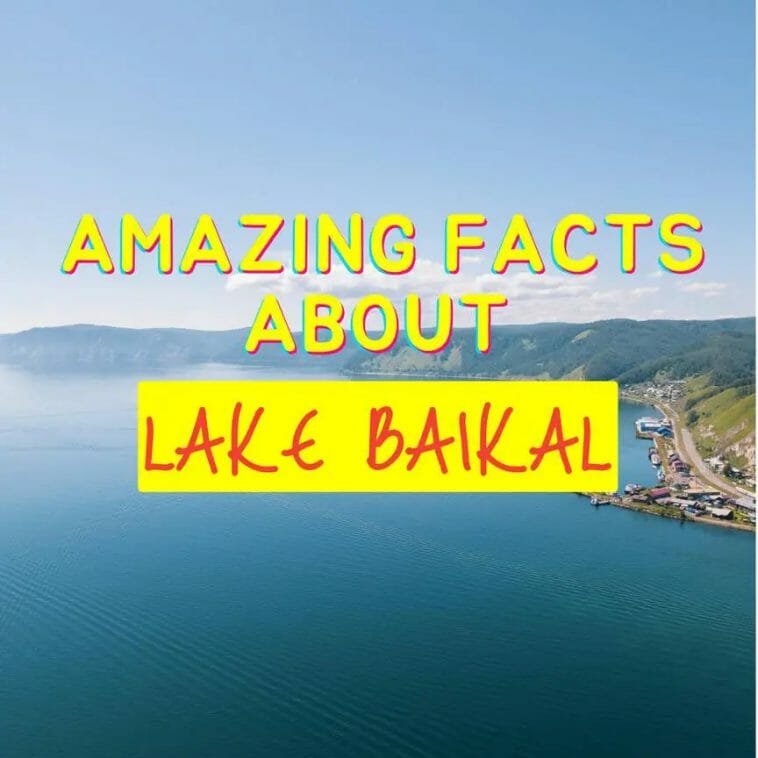 Lake Baikal in Siberia is the world’s oldest, deepest, and largest liquid freshwater lake. It is entirely frozen over from mid-January through the end of March. Lake Baikal, dubbed the “Pearl of Siberia,” carries nearly 20% of the world’s fresh surface water, more than all of North America’s Great Lakes combined.

1: What is special about Lake Baikal?

2: How deep is Lake Baikal?

The world’s deepest freshwater lake, Lake Baikal, is 1,642 metres deep, with an average depth of 758 metres, surpassing both Lake Tanganyika and Crater Lake. It is more than 4,000 feet (1,219 metres) below sea level at its lowest point.

3: Why is Lake Baikal so deep?

Lake Baikal’s depth is due to its location in an active continental rift zone. The rift zone is expanding at around 1 inch (2.5 cm) every year. As the rift widens, it also deepens due to subsidence. As a result, Lake Baikal may expand in size and depth in the future.

4: How long is Lake Baikal?

Lake Baikal is located near the Mongolian border in south-central Russia. Irkutsk is the largest adjacent city. Lake Baikal is 636 kilometres long and 81 kilometres broad, with a surface area of 31,494 km2.

Lake Baikal is the world’s oldest lake on the planet, estimated to be 25 million years old. Only five lakes on Earth have survived for more than 10 million years, and Lake Baikal’s age is undeniable.

6: Is Lake Baikal freshwater or salty?

Lake Baikal is the world’s biggest freshwater lake by volume, with 23,615.39 km3 (5,670 cu mi) of water, more than all of North America’s Great Lakes combined. It holds about 20% of the world’s freshwater.

7: What animals can be found in Lake Baikal?

Lake Baikal is not only the world’s largest, deepest, and oldest lake, but it also has over 2,500 unique animal species found nowhere else on the planet, including the Baikal omul and Baikal oil fish, as well as the nerpa, one of the world’s few freshwater seal species.

The Baikal seal, often known as the nerpa, is one of the world’s only freshwater seal species, found solely in Lake Baikal. Baikal seals are the only freshwater seals in the world, and they can stay submerged for up to 45 minutes. This is owing to their blood’s exceptional capacity to store oxygen, which allows them to dive to depths of about 300 metres.

8: What type of fish are in Lake Baikal?

There are currently 59 species residing in the lake, with 27 of them being indigenous. Only about 15 kinds of Baikal fish are commercially viable. Grayling, omul, and whitefish are the most well-known Baikal fish. Baikal sturgeon, taimen, and davatchan are less well-known.

9: What’s at the Bottom of the Lake Baikal?

10: Has anyone gone to the bottom of Lake Baikal?

11: Are there monsters in Lake Baikal?

The region’s Buryat people refer to the creature as Lusud-Khan or Usan-Lobson Khan, which translates to “Water Dragon Master,” and it is thought to resemble a big sturgeon. These monsters were also seen by early Chinese explorers of the lake, which they called the North Sea. The supposed monsters are also depicted in petroglyphs discovered along the Baikal cliffs.

The carved artwork depicts a big, lizard-like creature with a forked tongue, vicious claws, and plate-like armour along its back. It’s unknown what, if any, connection the carving has to the rumoured huge fish-like monsters that lurk in the lake.

The area has long been recognised for its strange UFO activity. Throughout the years, many residents have claimed unusual lights and alien spacecraft, and various Soviet-era records reference UFO events and sightings around the world’s deepest lake.

12: Why does Lake Baikal have bubbles?

The bubbles in the ice are the consequence of algae producing methane gas. Lake Baikal is the world’s deepest lake and the only one known to have solid phase methane (methane hydrates).

High pressure and low temperatures in abyssal locations aid the formation of methane hydrates. Frozen bubbles form beneath the ice on the lake’s surface due to trapped methane. As the lake freezes, dying plants on the lakebed emit methane gas, which causes bubbles to become trapped beneath the ice, suspended in time just below the surface.

13: Why is Lake Baikal so clear and clean? 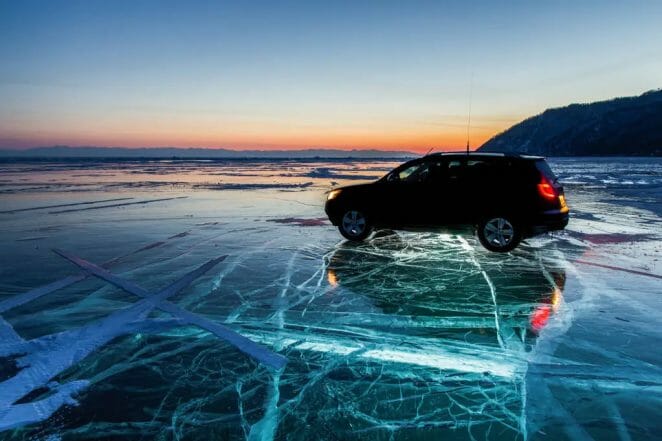 Lake Baikal is known as the cleanest lake on the planet and is known for having some of the purest water on the planet. When the lake freezes over in the winter, enormous shards of translucent ice form on the surface, giving the lake the spectacular look of blue ice when reflected in the sunlight.

14: Why is Lake Baikal called the Galapagos of Russia?

Lake Baikal has been dubbed the “Galapagos of Russia” by the UNESCO World Heritage Commission because of its outstanding biodiversity and importance to evolutionary science. Lake Baikal has one of the world’s richest freshwater ecosystems due to its antiquity, seclusion, and deep oxygenated water.

15: What are some additional fascinating facts about Lake Baikal?