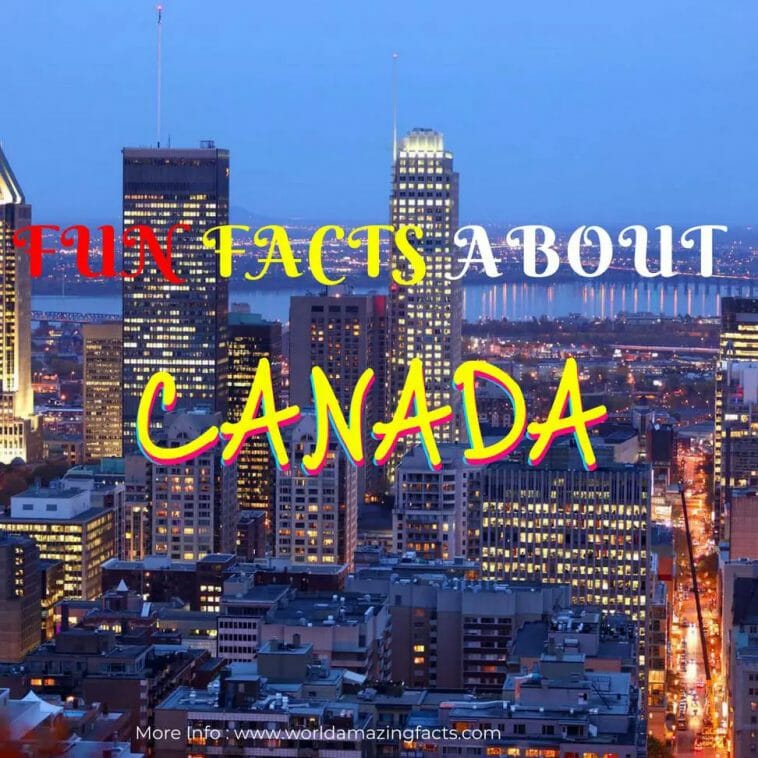 Canada is a large country and belongs to the northern hemisphere. It is also located on the North American continent. This article is specifically written for interested students and history lovers who are keen on finding some interesting and fun facts about Canada, the second-largest country in the world, next to Russia.
If you are a tourist visiting Canada for the first time, you should know some facts about Canada so that you can enjoy your journey the right way. To help you, this write-up shares some of the fun facts about Canada that are less known among travelers. Read on to find some of the listed facts about this amazing country.

Contents for Fun Facts about Canada

Canada is well known for its Canadian condiment, which yields the world’s most popular maple syrup. As per stats, the province of Quebec produces more than seventy percent of the world’s maple syrup production.

2: Canada is larger than the European Union in area.

This is one of the interesting and rare fun facts about Canada, wherein one can feel less gravity at Hudson Bay. This place has less gravity than anywhere else on this planet. This unique “feel” was felt in the 1960s and it has taken many years for scientists to understand this phenomenon.

4: Santa is from Canada.

Did you know that Santa is from Canada and has a Canadian postcode? In 2012, Santa Claus was declared a Canadian. He and Mrs. Claus can receive any message in the postcodes HOH and OHO. This is a less known fact that one should be aware of.

5: Superman was co-created by a Canadian.

Many of us know that Superman is a great American hero. However, his origins lie in Canada. The artist Joe Shuster created the comic character along with Jerry Sigel, who was his schoolmate.

6: Canada has the world’s longest coastline.

Canada can take pride in having the longest coastline in the world. Its length is 202,080 kilometers. As per a study, it will take more than four years to walk around Canada without a break. The country is also known for having the largest water area.

Prince Edward Island is known to be the smallest province in Canada. Interestingly, it does not share any land border and hence the residents are called ‘islanders’. Though this area is considered to be too small than the other provinces in Canada, it produced over twenty-five percent of Canada’s potatoes.

8: The largest national park in Canada.

This popular Wood Buffalo National Park is located in the northeastern Alberta and southern Northwest regions, covering an area of more than forty-five square kilometers. Considered a home for bison, this amazing park is considered to be bigger than some countries, like the Netherlands, Denmark, and Switzerland.

9: There are more lakes in Canada than anywhere else on the planet.

One of the most astonishing things about Canada is that it has more lake surface area than any other country on the planet. In the Great White North, there are 563 lakes larger than 100 square kilometres. The Great Lakes alone contain roughly a fifth of the world’s fresh lake water.

One of the most well-known characteristics of Canada is its abundance of trees, but did you know that it also boasts 30 percent of the world’s boreal forest and 10% of the world’s overall forest cover? There are 396.9 million hectares of woodland and other wooded land on the planet, with 68 percent of that being coniferous.