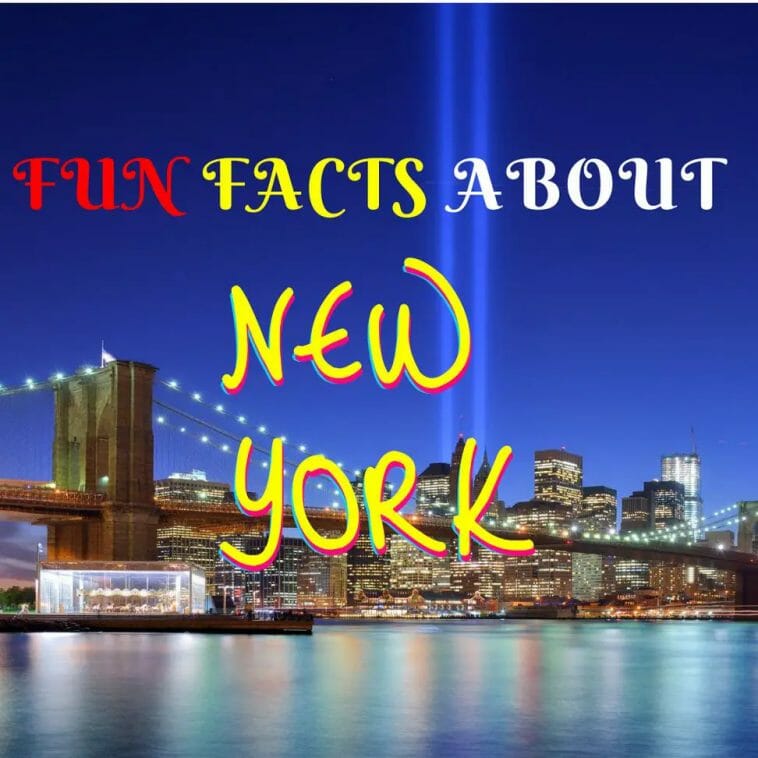 New York is the state’s most populous city and the nation’s largest city by population. It is famous for its skyscrapers, its bridges, and its robust culture. From a landscape perspective, it is often referred to as a “concrete jungle”. The city’s landmark buildings, including the Empire State Building, the Statue of Liberty, and Central Park, are known around the world.

New York is one of the most iconic cities in the world. With incredible architecture, a diverse population and countless opportunities for entertainment, there is no wonder it has been such a popular destination for generations.

Here is what you need to know about New York.

1: New York City has a population of just over 8 million people.

With a population of more than 20 million people, New York ranks 27th out of 50 states in terms of population, making it the fourth most populous state in the United States by 2020. New York City has an estimated population of 8.82 million people in 2021, making it the most densely inhabited and significant city in the United States. That indicates that the city is home to one out of every 38 people in the US.

The New York metro region is home to about 20 million people who speak over 800 different languages, making it the world’s most linguistically diverse city. A language other than English is spoken in four out of ten homes. With a history spanning more than 400 years, including a lengthy history of immigration from all over the world, it’s no wonder that the New York metro region is home to native speakers of more than 800 languages. In the New York metropolitan area, English is spoken as the primary language in nearly 65 percent of homes.

3: The French gave the Statue of Liberty to the United States as a gift.

The Statue of Liberty was given to the United States by France in 1886 to commemorate the country’s centennial. The statue arrived on Ellis Island in 350 pieces, packed in 214 crates, and took 4 months to build. Frédéric Auguste Bartholdi, a French sculptor, designed the statue, while Gustave Eiffel built the metal structure.

4: New Amsterdam was the original name of New York City.

New Amsterdam was the initial name of New York City, as Dutch settlers were the first to arrive in the area in 1624. However, in 1664, the English took control and renamed the city after the Duke of York.

5: The largest gold vault in the world.

6: The first pizzeria in the United States is located in New York City.

According to the Pizza Hall of Fame, Lombardi was the first pizzeria in the United States when it opened in 1905. Gennaro Lombardi has been making pizza in the United States since 1905, using the skills he acquired as a baker in Naples. Lombardi is credited with inventing New York Style pizza and establishing Lombardi’s as the country’s first pizzeria. Lombardi is located at 32 Spring Street, on the corner of Mott Street.

7: Over 50 million books are housed in the New York Public Library.

The New York Public Library, which has about 53 million books and other things, is the nation’s second largest library system behind the Library of Congress. It is also the world’s fourth largest library. In popular culture, the New York Public Library has been mentioned multiple times. The library has been used as a backdrop and a topic in movies, poetry, television, and music.

8: In 1789, New York City was designated as the country’s first capital.

9: Central Park is the largest urban park in New York and one of the largest in the world.

Central Park, with an area of 843 acres, is the city’s fifth-largest park (341 ha). With an estimated 42 million visitors per year as of 2020, it is the most frequented urban park in the United States, as well as the most filmed area in the world.

10: New York is a great place to go bird watching.

New York City is a fantastic area for bird viewing, with hundreds of parks and over 500 miles of waterfront. Because of the diversity of environment and placement on the Atlantic Flyway, which birds follow during migration, the five boroughs provide as a temporary and permanent home to approximately 400 species of birds.