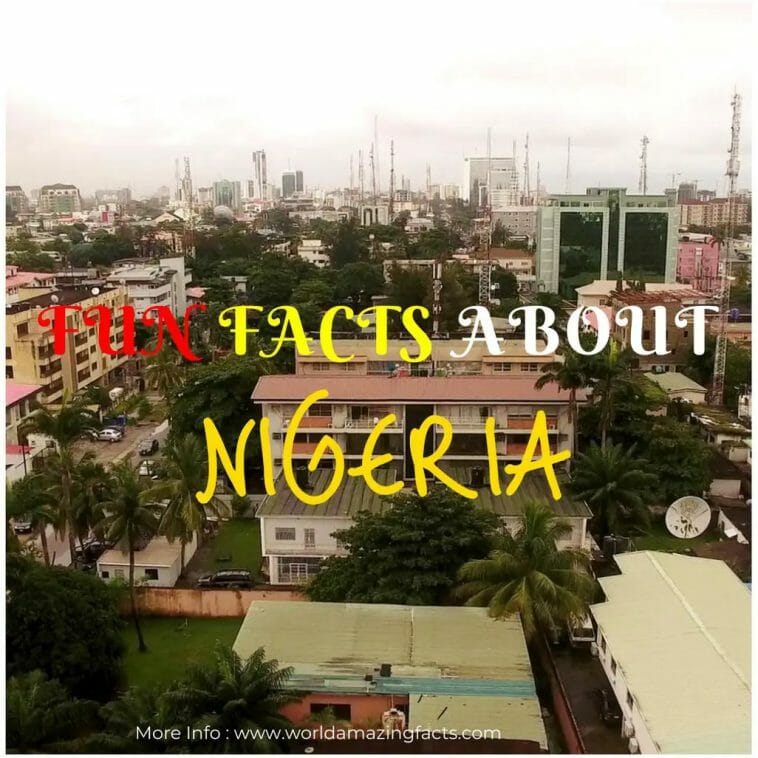 The country of Nigeria, officially known as the Federal Republic of Nigeria, is endowed with a diverse ethnic population and a rich natural environment. Want to know more about Nigeria? Discover some interesting Nigerian trivia you may not have known before!

Nigeria happens to be a multi-cultural country. It is believed that the pygmies came to Nigeria first. People from Egypt, Greece, India, and Persia also followed them in large numbers. According to the experts, Nigerians speak above 500 different languages, and it is one of the fun facts about Nigeria. Over 250 ethnic groups also live in Nigeria. Considering this, it is the most diverse country in the world. However, the majority of the Nigerians belong to a mixture of these groups. They have Hausa, Igbo, and Yoruba as their common languages and English is the official language.

People love butterflies because of their beautiful colors. They are also important for floral diversity in any region. But butterflies are not densely populated everywhere. Nigeria has a large population of butterflies and the great ecological vibrancy of the country is also one of the fun facts about Nigeria. The Cross River National Park and the Omo Forest Reserve have the largest butterfly diversity.

Another element of the fun facts about Nigeria is its commonwealth membership. The first British invasion of Nigeria was in 1851, and conversion to the British protectorate was complete in 1901. British colonial rule ended in 1960 when Nigeria became independent. But the country continued as a member of the British Commonwealth. Nigeria also has a membership in the African Union.

Nollywood is the nickname of the Nigerian film industry. It is one of the fun facts about Nigeria. Nollywood is second to Bollywood in India and larger than Hollywood in the United States.  It produces about 200 movies in a week that comes to above 10,000 annually. It happens to be the second-largest employer in the country.

According to the worldometer, the population of Nigeria is around 212 million. Such a huge population makes Nigeria the most populous African country. It also ranks 7th in the list of the world population which is another fun fact about Nigeria. The majority of the Nigerians are either Muslims or Christians.

It is uncommon for humans to have two offspring from the same pregnancy. As such, twins are always regarded as special. The number of twins in European countries has 16 twins for every 1000 births. For the United States, it is 33 for every 1000 births. A Nigerian town Igbo-Ora recorded 45 to 50 sets of twins on an average. This phenomenon makes the place the twin capital of the country. Local people think that such high twin births are due to their staple Okra leaf.

Known as the Nok civilisation, it was one of Western Africa’s first civilizations. Around 1500 BC, it appeared in modern-day Nigeria and disappeared under mysterious circumstances around 500 AD, a period of about 2,000 years. The terracotta sculptures and early iron craftsmanship of Nok civilization are well-known.

There is a 11.8-kilometer bridge in Lagos, Nigeria called the Ibrahim Babangida Bridge, also known as the Third Mainland Bridge. Lagos Island can be reached from the mainland through one of three bridges, the first of which opened in 1990. The Third Mainland Bridge was Africa’s longest bridge until the 6th October Bridge in Cairo completed in 1996.

Nigeria’s oil fields were first identified in 1956, and production began in the late 1950s. A major oil producer in Africa, Nigeria is located in the Niger Delta. As of 2020, Nigeria is the world’s eleventh-largest oil producer with 18 active pipelines and an average daily production of about 1.8 million barrels. About 9% of Nigeria’s GDP and over 90% of all export value comes from the petroleum industry.