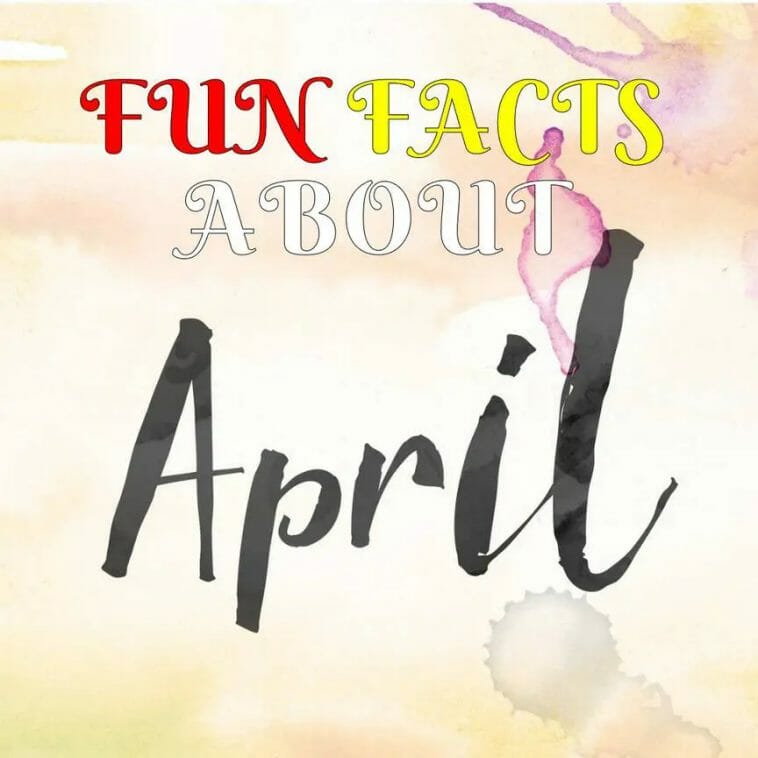 Have you heard about the month of April? It’s a month that has a special meaning to some people. And, if you’re one of them, you might know that April has some interesting facts and trivia about it.

Here are some fun facts about the month of April.

1. The origins of the month of April.

Aperio, meaning “to open,” is the Latin word for April, which receives its name from the time of year when plants begin to grow.

Aphrodite, the Greek goddess of love, was the inspiration for the month of April. The fourth month of the Roman calendar, April, is spelt Aprilis, which means “to open.” Parrilla, a day commemorating the birth of Rome, was one of the April festivals planned. The name Aprilis is appropriate because April is the month when trees and flowers begin to blossom and continue to flourish in many parts of the northern hemisphere.

2. April was once the fifth month.

3. Aries and Taurus are the zodiac signs for the month of April.

April is divided into two zodiac signs. Aries (until April 19th) and Taurus (from April 20th onwards) are the two signs of the zodiac. Both domestic animals, quadrupeds with cloven hoofs, are represented by two signs in the traditional Zodiac calendar that fall in April.

4. April was the second month of the first Roman calendar, and it had 29 days as well.

Before King Numa Pompilius added Ianuarius and Februarius around 700 BC, April was the second month of the ancient Roman calendar. It was given 29 days during the time of the decemvirs around 450 BC, and it became the fourth month of the calendar year. The 30th day was added during Julius Caesar’s calendar reform, which resulted in the Julian calendar, in the mid-40s BC.

5. April’s birthstone is the diamond.


A diamond is the birthstone for those born in April, and it symbolises innocence. The diamond is one of the hardest minerals on the planet. Diamonds are claimed to provide their owners with a variety of advantages, including improved relationships and increased inner strength. They’re meant to offer harmony, clarity, and richness, and they’ve been associated with eternal love and fortune for the past six centuries.

6. Daisy or Sweet Pea are the birth flowers for April.

The sweat pea is a symbol of perfect enjoyment and is used to bid farewell. Sweet peas are a beautiful blossom, but they’re also one of the world’s oldest food crops, having been cultivated by humans around 11,000 years ago.

7. April is an excellent month for viewing meteor showers.


The Lyrids meteor shower occurs every year between April 16 and April 26. Another meteor shower to watch for is the Eta Aquariids, which begins on April 21st. The Pi Puppids emerge on April 23, but only in years when the parent comet is close to perihelion.


William Shakespeare, was born on April 23, 1564, and died on or around April 23rd, at the age of 52, in England in 1616. While he may have plagiarised from his fellow playwrights and ancient history, his prose and poetry are unparalleled in originality and depth. William Shakespeare is still widely regarded as a great playwright.

9. There have been a number of noteworthy historical figures born in April.

10. In April 1986, the Chernobyl nuclear reactor in Ukraine exploded.

On April 26, 1986, the Chernobyl nuclear power plant in Ukraine exploded, causing a 300-mile evacuation zone. A sequence of explosions wrecked Chernobyl’s reactor No. 4 station on April 26, 1986, and several hundred employees and firefighters battled a blaze that raged for ten days and spread a plume of radioactivity over the world in the worst-ever civil nuclear disaster.