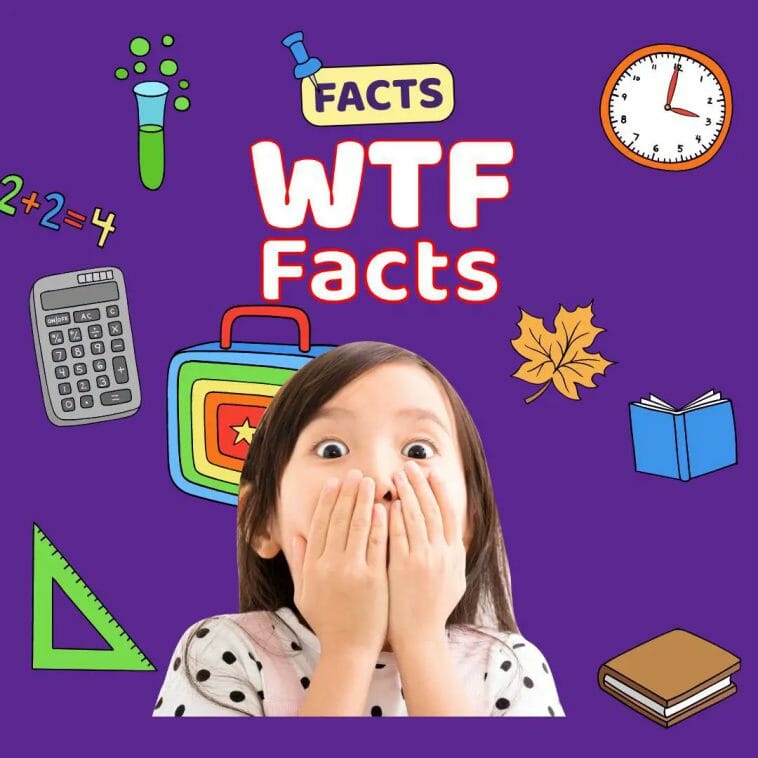 The world is a strange and wonderful place to live. We all know this, but it’s not until you really stop and think about it that the weirdness sinks in. Sometimes we need a little “WTF” moment in our day to be reminded of how odd life is. In today’s world, people are more connected than ever before. And while this may seem like a good thing, there are some drawbacks that come with it.

With that in mind, here are some interesting facts to make you say “WTF!”.

1. Animals with belly buttons include lions, cats, dogs, and whales. Birds, reptiles and fish that hatch from eggs do not have belly buttons. 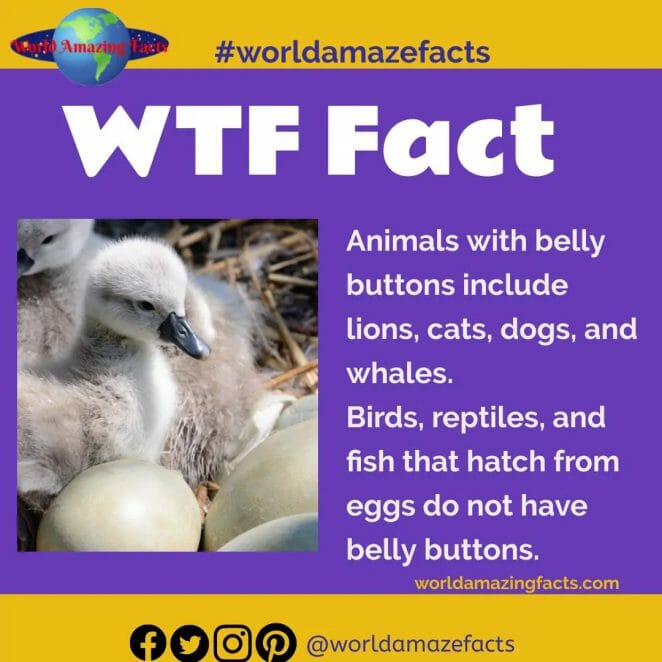 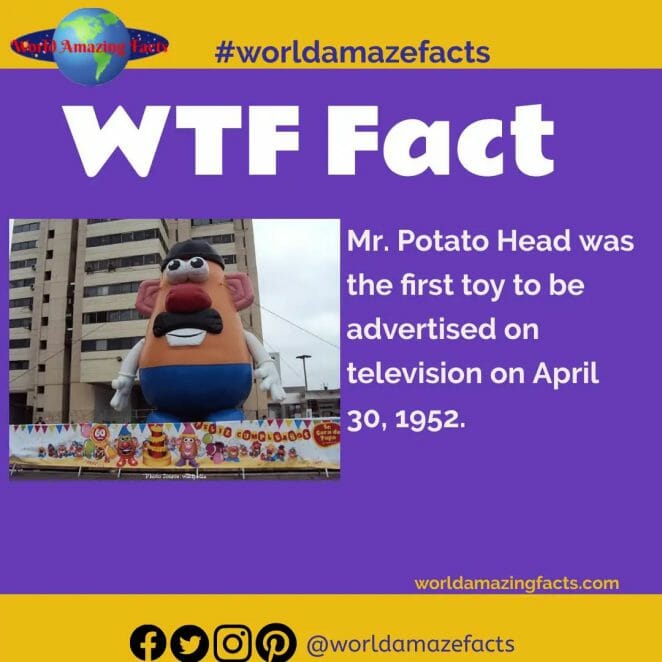 3. The entire Bible has been translated into over 3,000 languages. Among these are fictional languages such as Elvish, Klingon, and Na’vi. 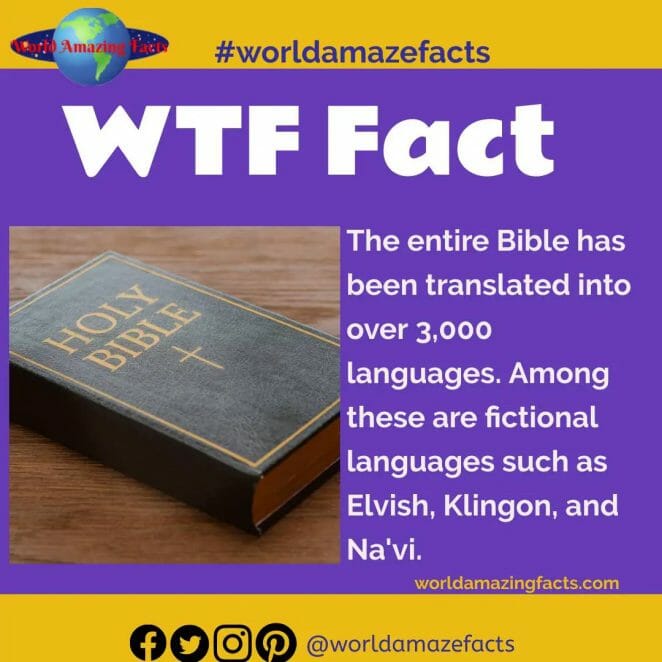 4. Instead of Big Bird, the Dutch version of Sesame Street has a bluebird named Pino. Pino was eventually revealed to be Big Bird’s cousin. 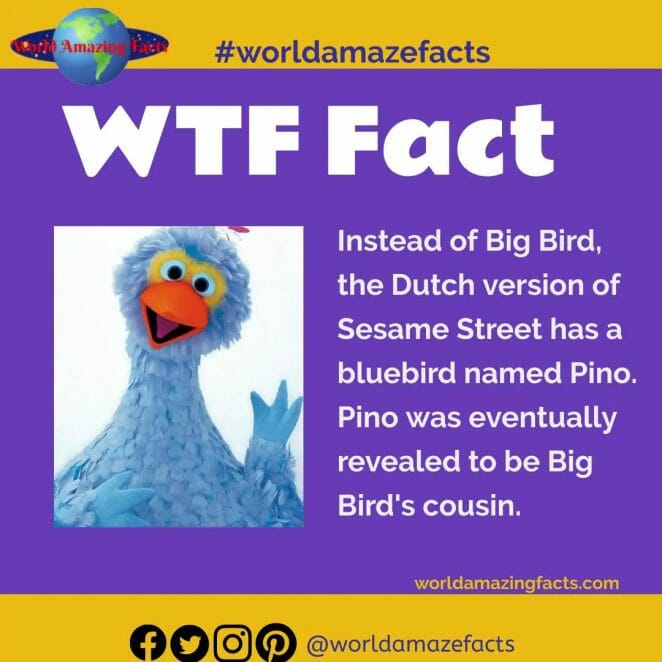 5. Bubble wrap was initially designed to be used as wallpaper. The designers attempted to create plastic wallpaper with a paper backing, but it came out with a plastic backing. 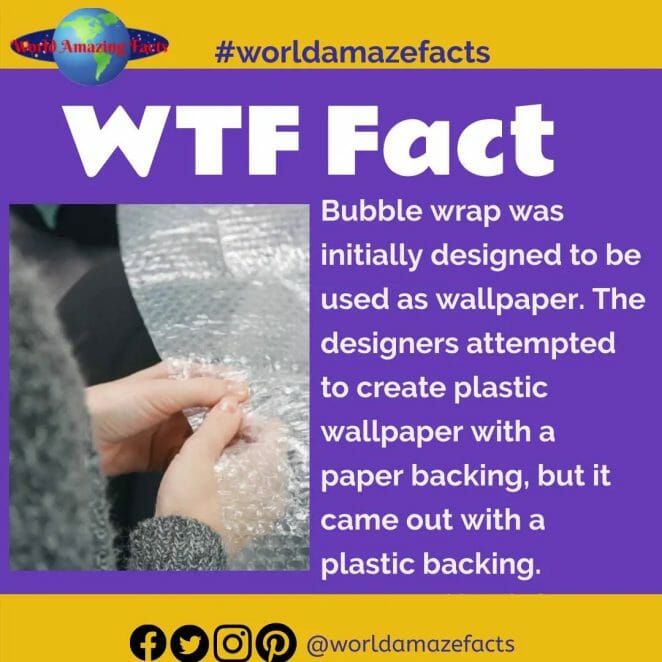 6. Garlic is known to attract leeches. 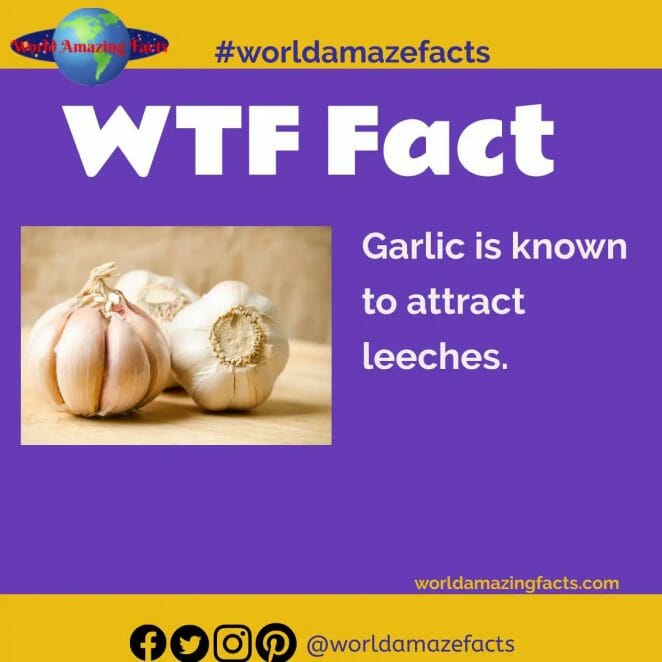 7. Some Russians believe that eating ice cream would keep you warm. 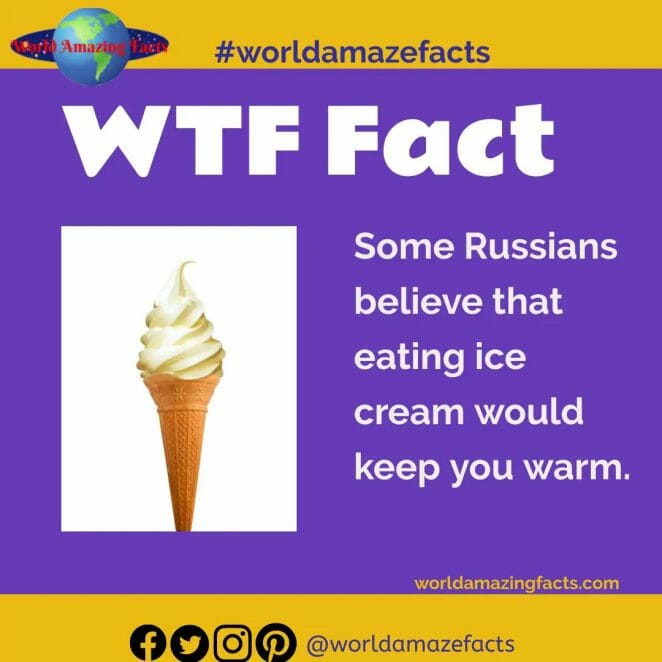 8. Video games have been shown to be more useful than therapy in treating depression. 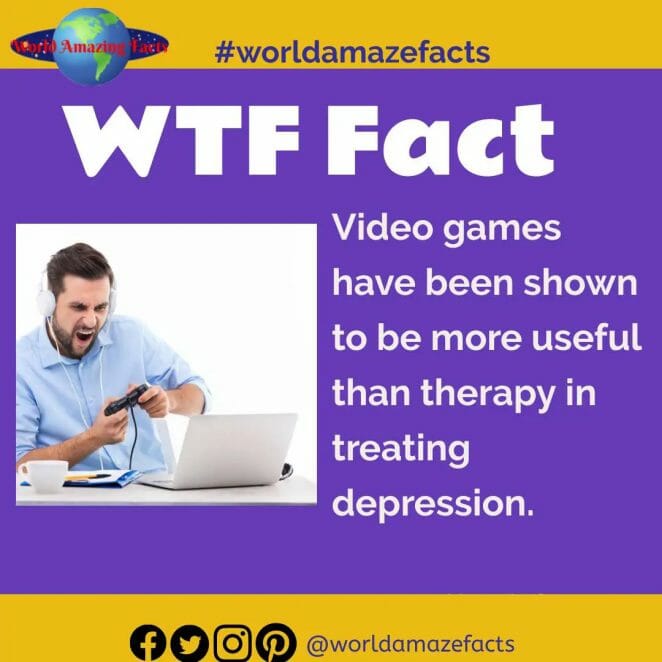 9. Adult cats meow solely at people, not at other cats. 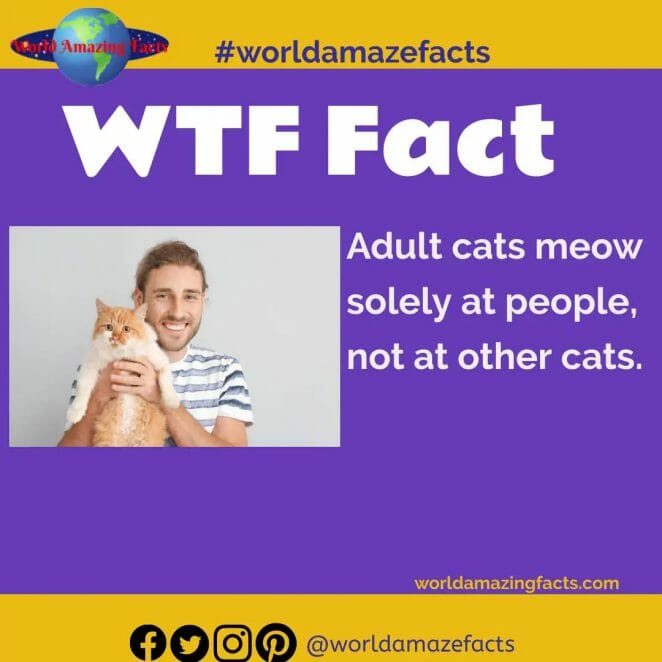 10. Starfish have no blood. They move nutrients in their circulatory system by using seawater. 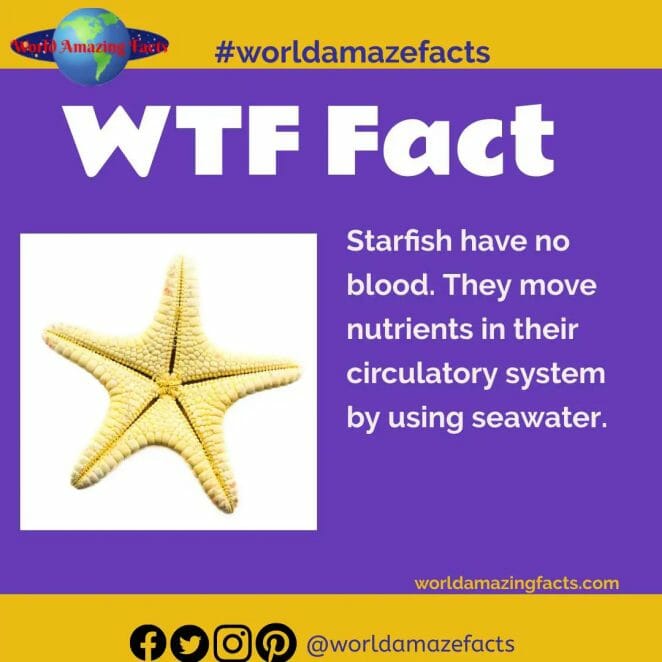 11. In 2016, Domino’s began trying pizza delivery by reindeer in Japan. 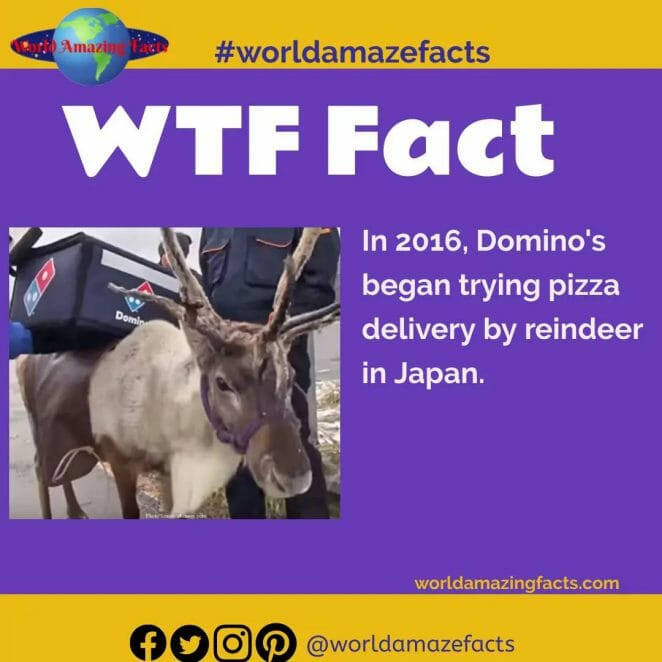 12. The oldest unopened bottle of wine was discovered in a 1,650-year-old Roman tomb. 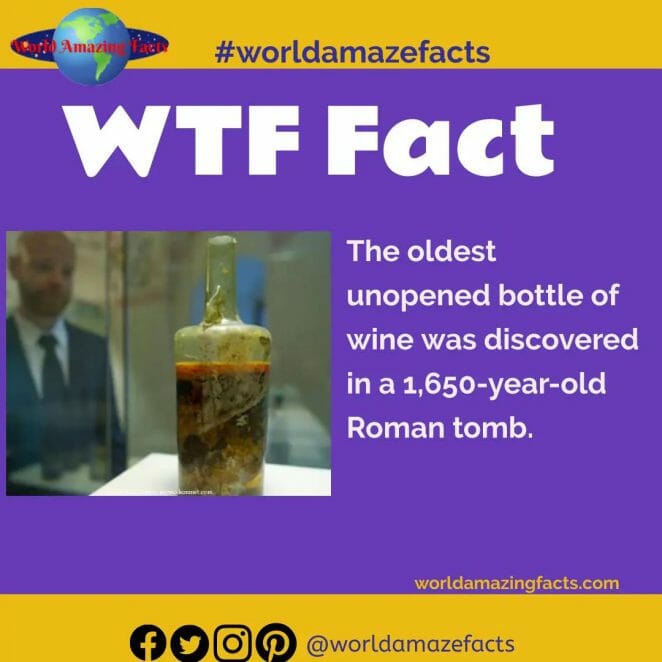 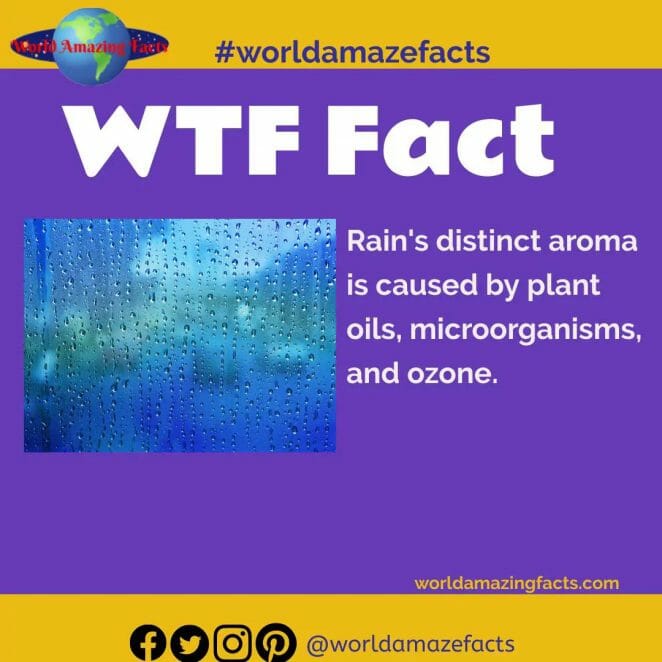 14. McDonald’s has approximately 36,000 outlets worldwide, with the chain present on all continents except Antarctica. 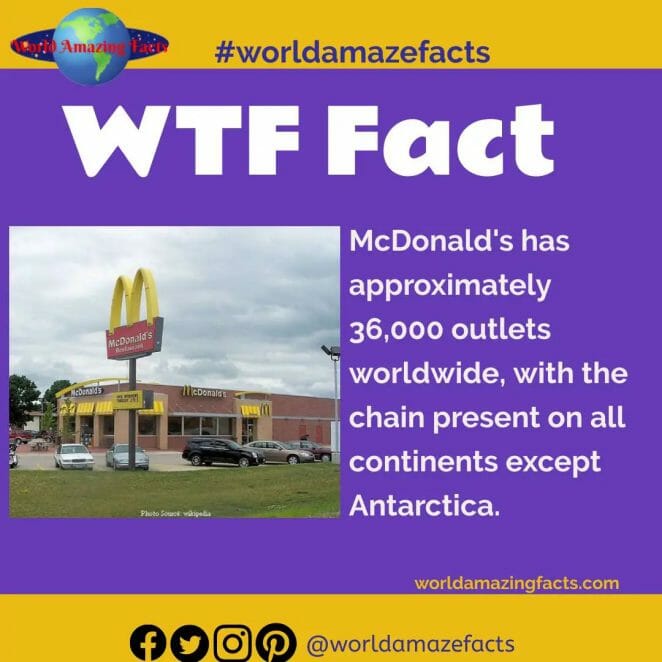 15. Monowi is a small town in Nebraska with only one resident. The Mayor, bartender, and librarian are the only people who live there. 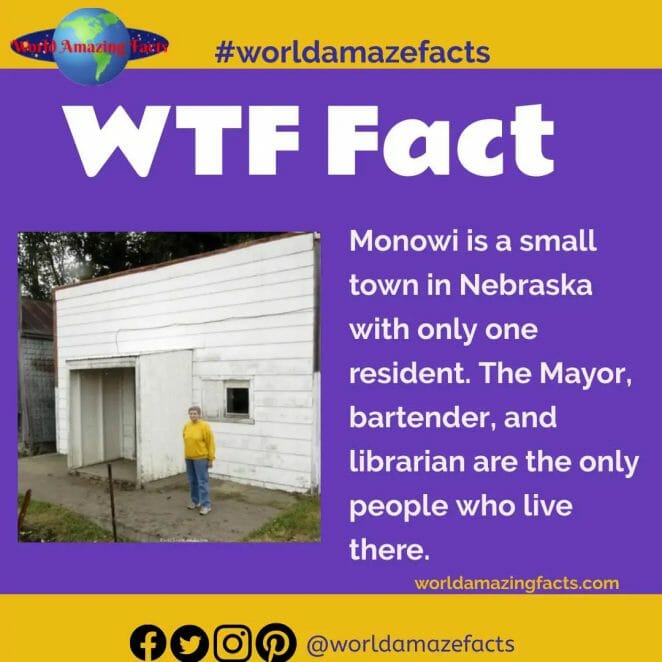 16. IKEA is an abbreviation that stands for Ingvar Kamprad Elmtaryd Agunnaryd, the founder’s name, the farm where he grew up, and his hometown. 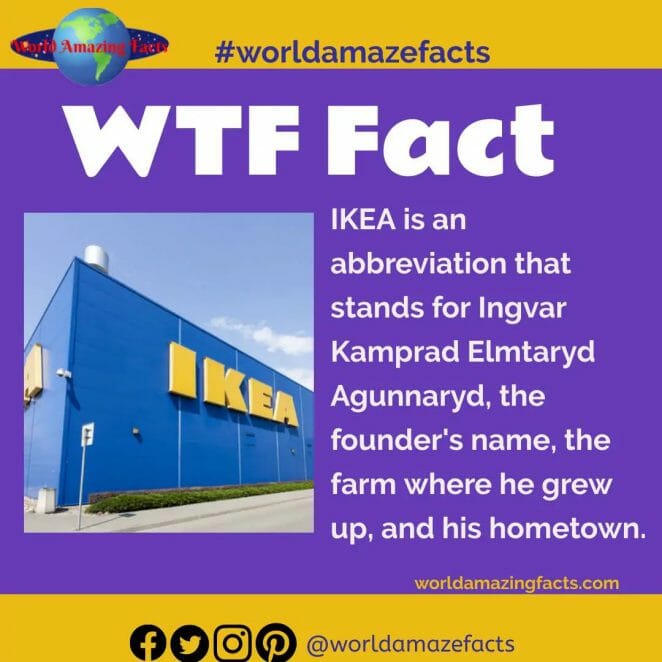 17. Pope Benedict IX, who was 12 years old at the time, was the youngest Pope in history. He is also the only individual to have served as Pope twice. 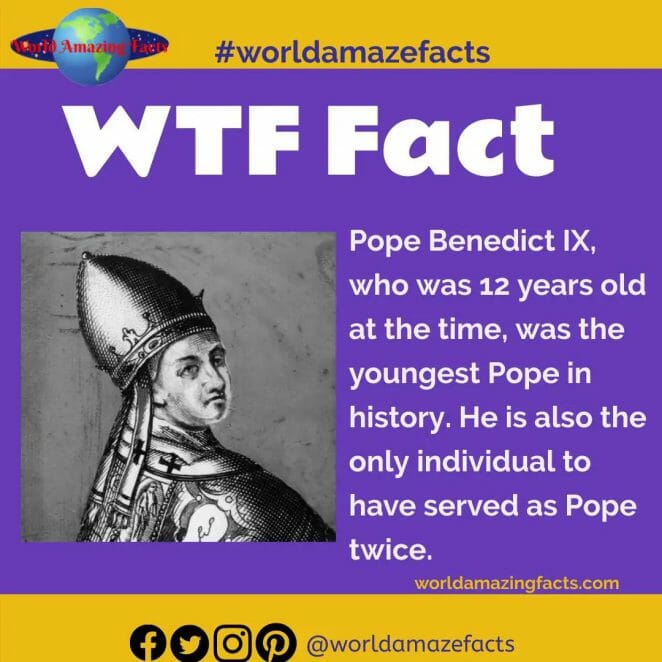 18. African Elephants have evolved without tusks to protect themselves from poachers. 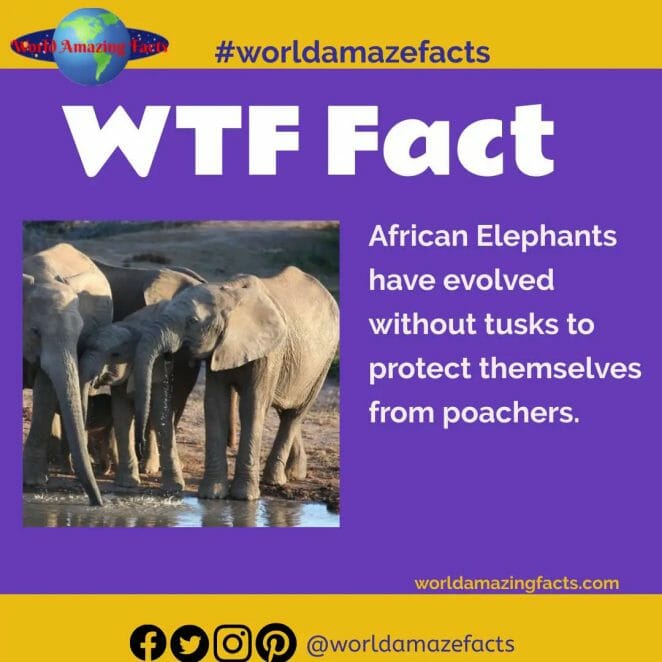 19. In 1923, a jockey died of a heart attack, but his horse finished and won the race, making him the first and only jockey to do so. 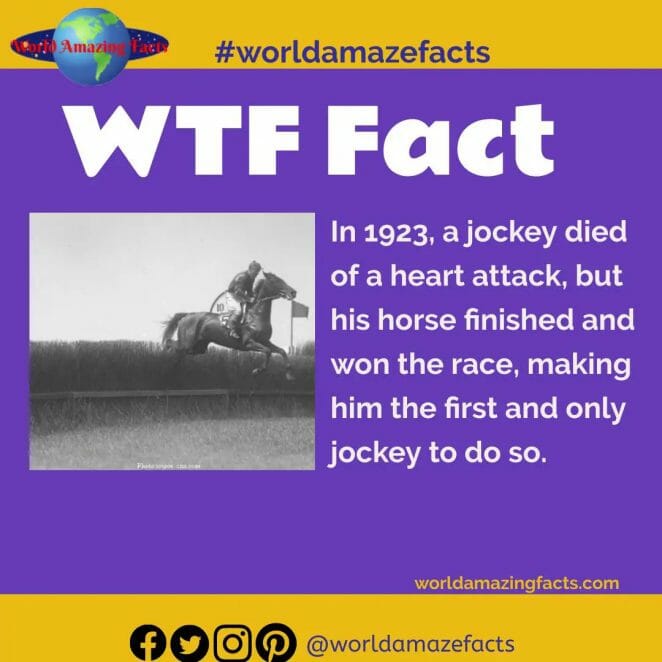 20. A baby panda is about the size of a mouse when it is born. 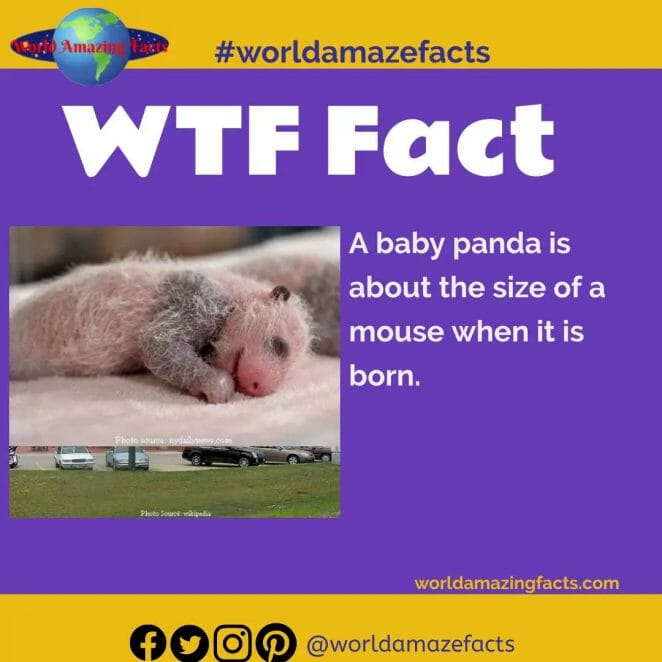 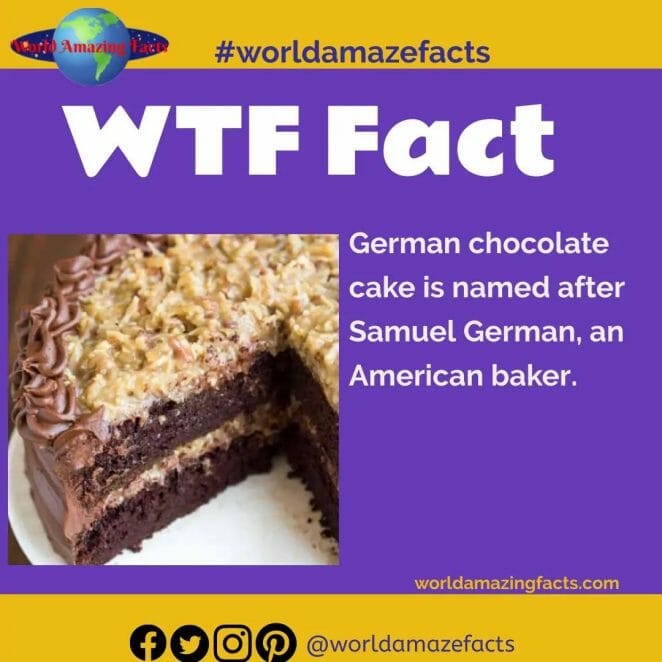 22. The Ancient Greeks invented the spiked dog collar to defend their dogs from wolf attacks. 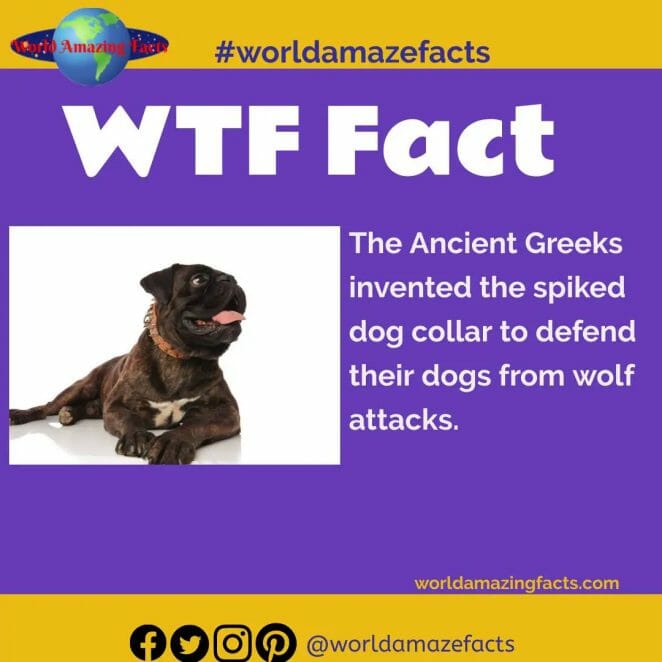 23. A Polish doctor staged a typhus outbreak to keep the Nazis at bay. Over 8,000 persons were rescued as a result of this. 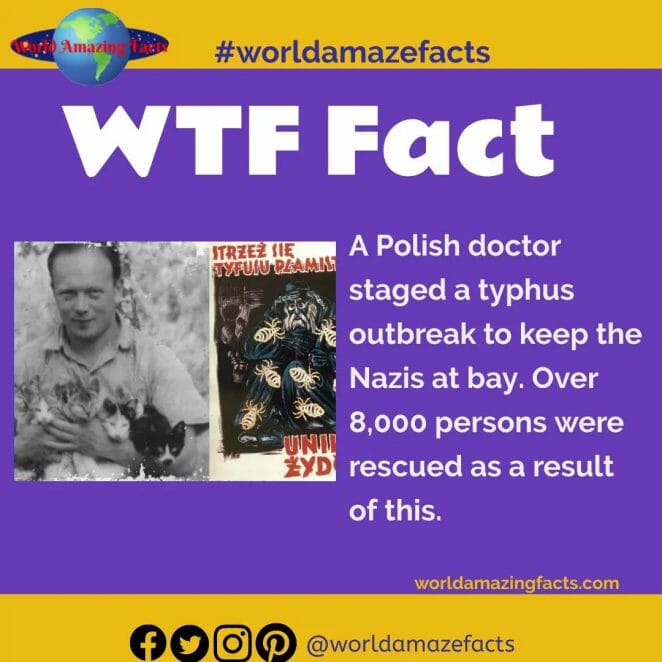 24. There are no eyebrows on the Mona Lisa. 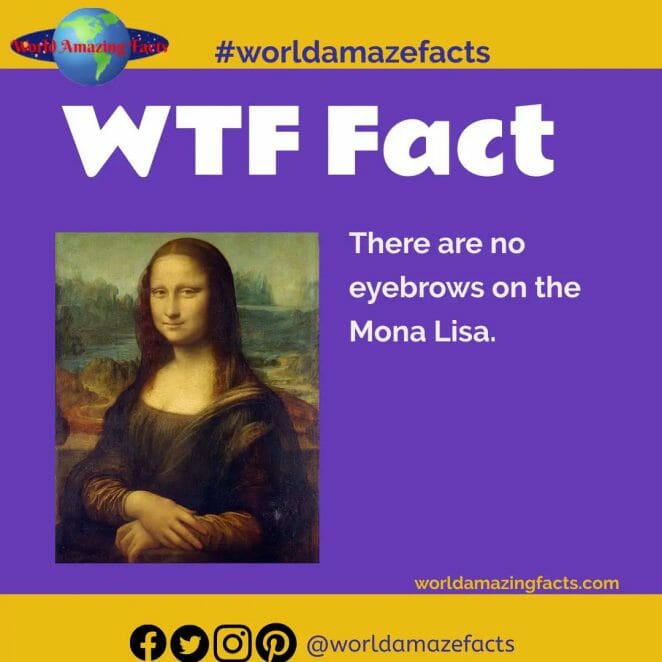 25. The feathers of a pigeon are heavier than its bones.