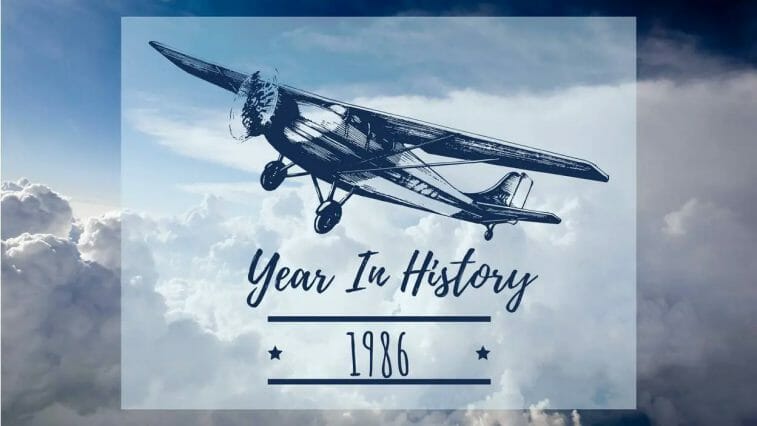 1986 was a significant year for a variety of reasons, especially in terms of space travel, but also for a variety other causes. While humanity made significant progress in space this year, with NASA’s Voyager 2 passing by the frigid planet Uranus and the launch of the Soviet Union’s space station, Mir, there was also a catastrophic calamity. Because of the Challenger catastrophe, 1986 will be remembered in large part. NASA’s Space Shuttle Challenger broke apart over the Atlantic Ocean on January 28th, less than two minutes after taking off from Cape Canaveral, Florida, with no survivors.

On April 26th, the Chernobyl accident happened at the Chernobyl Nuclear Force Plant in Pripyat in what was then part of the Ukrainian Soviet Socialist Republic of the Soviet Union, resulting in yet another calamity for the other major power in the Cold War. Thousands of people were killed as a result of the explosion and fires.

1986, on the other hand, was not all doom and gloom. Pixar Animation Studios established in California in this year, a firm that would offer delight to millions of people with its films and animated creations. In television news, The Oprah Winfrey Show made its syndicated debut in this year.

Nintendo released The Legend of Zelda in Japan, making it a significant year for gamers. This game would go on to become an international sensation and, as part of Nintendo’s foundation, a long-running gaming brand. Dragon Quest was also released in Japan in 1986 by Nintendo. After the localization process was done, the game was renamed Dragon Warrior and launched in North America a few years later. This game is noteworthy because it established the role-playing game (RPG) genre for video games.

Theatre and movies had a strong year in 1986 as well. The Phantom of the Opera premiered in London in this year. It holds the record for being the longest-running Broadway production ever. This year’s major films include Top Gun, Crocodile Dundee, Platoon, Aliens, and Ferris Bueller’s Day Off.

Continue reading to discover more about the events of 1986.