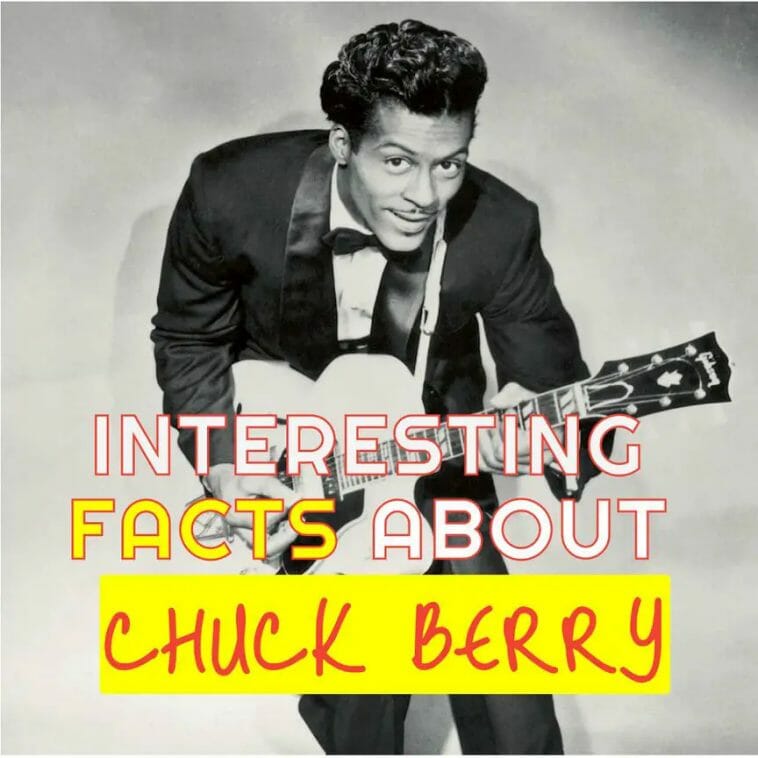 Chuck Berry was one of the most influential musicians of all time, and his legacy still lives on today. Chuck Berry was an American singer, songwriter, and guitarist, recognised as one of the most influential musicians of his era. He made a huge impact on not only music but also on the culture of rock and roll. If you want to know more about this amazing legend, here are some interesting facts about Chuck Berry that you might not know.

1. Chuck Berry is widely acknowledged as one of the pioneers of the rock and roll genre.

When the Rock and Roll Hall of Fame initially opened its doors in 1986, Chuck Berry was one of the first musicians to be inducted. He’s known as the “Father of Rock & Roll” because of his contributions to the music industry. 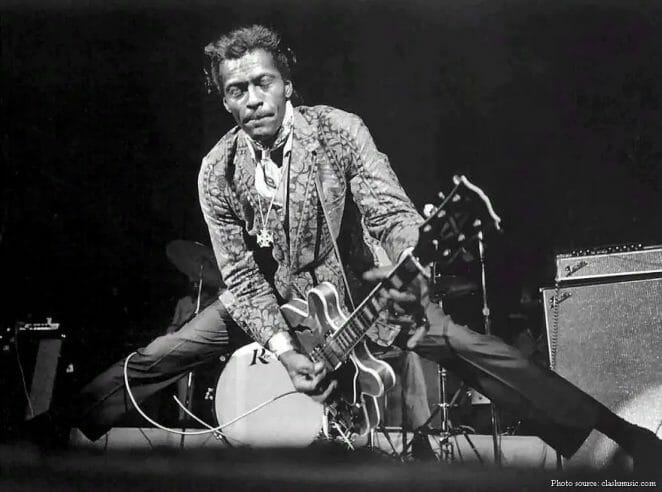 2. Chuck Berry began singing in the church choir when he was six years old.

Berry began singing in the church choir there when he was six years old. Later, he attended Sumner High School, where he sang “Confessin’ the Blues,” a Jay McShann song, at the annual talent show in 1941. His song choice was not well received by the school administration, but it was well received by the student population, piqueing the young man’s interest in learning to play the guitar.

3. Chuck Berry went to jail for the first time when he was seventeen years old.

When Chuck Berry was seventeen years old, he and a group of buddies embarked on a robbery spree in Kansas City, using a gun they acquired in a parking lot. He received the maximum penalty of ten years for armed robbery, which he will serve at the Intermediate Reformatory for Young Men near Jefferson City, Missouri. During this time, he joined a gospel choir and began boxing under the moniker Wild Man Berry. On his 21st birthday, he was released after three years in prison.

4. Chuck Berry has a cosmetology and hairdressing degree.

Prior to becoming a musician, Chuck Berry worked as a brakeman for the Missouri Pacific Railroad, a rivet catcher at a car assembly plant, and a machinist helper at Precision Tool Company in the early 1950s. Chuck attended the Gibbs Beauty School and earned a degree in hairdressing and cosmetology, following in his sister’s footsteps. Berry was working as a beautician in St. Louis when he was discovered by Muddy Waters, the head of Chess Records.

5. Chuck Berry was given the nickname ‘Johnny’ by Johnnie Johnson.

Berry received his stage moniker “Johnny” after Johnnie Johnson, a pianist who worked with him on a number of songs, including “Maybellene,” “Roll Over Beethoven,” and “Sweet Little 16.” Johnson would often write songs on the piano, which Berry would then adapt to guitar and write lyrics for.

Berry tried to imitate the theatrics of guitarists like T-Bone Walker, but his hallmark stage manoeuvre, the “duck walk,” was an accident. He used the gesture he had learned as a toddler to cover wrinkles in a rayon suit he was wearing at a show in New York in 1956. He continued to do it for the remainder of his career because the crowd went crazy and gave him a standing ovation. In the ’80s blockbuster “Back To The Future,” Marty McFly imitated Chuck’s infamous “duck walk” dance.

Chuck Berry insisted on receiving his royalties in cash before going on stage due to some unpleasant incidents in his early career. Berry has insisted on being paid in cash since early in his career, when he had run-ins with the IRS. Indeed, there is a well-known instance of him attempting to flee Australia with more than $50,000 in cash concealed in a brief case.

8. Chuck Berry was one of the first members of the Rock & Roll Hall of Fame to be inducted.

Chuck Berry got the Grammy Lifetime Achievement Award in 1985. He was inducted into the Rock and Roll Hall of Fame in 1986, making him the first musician to be inducted. In addition, he was the recipient of two NME Awards as the best solo male artist. As a pioneer of rock and roll, he had a significant impact on the development of the genre itself.

9. On the Voyager Golden Record, only “Johnny B. Goode” is a rock-and-roll song.


Chuck Berry’s “Johnny B. Goode” was featured on a golden disc flown to space with the Voyager mission thanks to NASA. Voyager 1 and 2 were launched by NASA in 1977 to study Jupiter, Saturn, and beyond. Each was equipped with a 12-inch gold-plated record with music, sounds, and visuals chosen to reflect the vast diversity of life on the planet. It was hoped that someday, extraterrestrial species from another world will come across the records and learn something from us.

10. Chuck Berry is a favourite of former US President Bill Clinton.

When Clinton was inaugurated, Berry performed at both inaugurations and the 25th Georgetown reunion at the White House. Clinton referred to Berry as “one of America’s greatest rock and roll pioneers.”

Clinton shared in a written statement after Berry’s death:

“Hillary and I loved Chuck Berry for as long as we can remember. The man was inseparable from his music – both were utterly original and distinctly American. He made our feet move and our hearts more joyful. And along the way he changed our country and the history of popular music.”

Before his death on March 18, 2017, Chuck Berry’s net worth was believed to be around $20 million. His money was mostly derived from live performances, tours, and song royalties, among other sources.