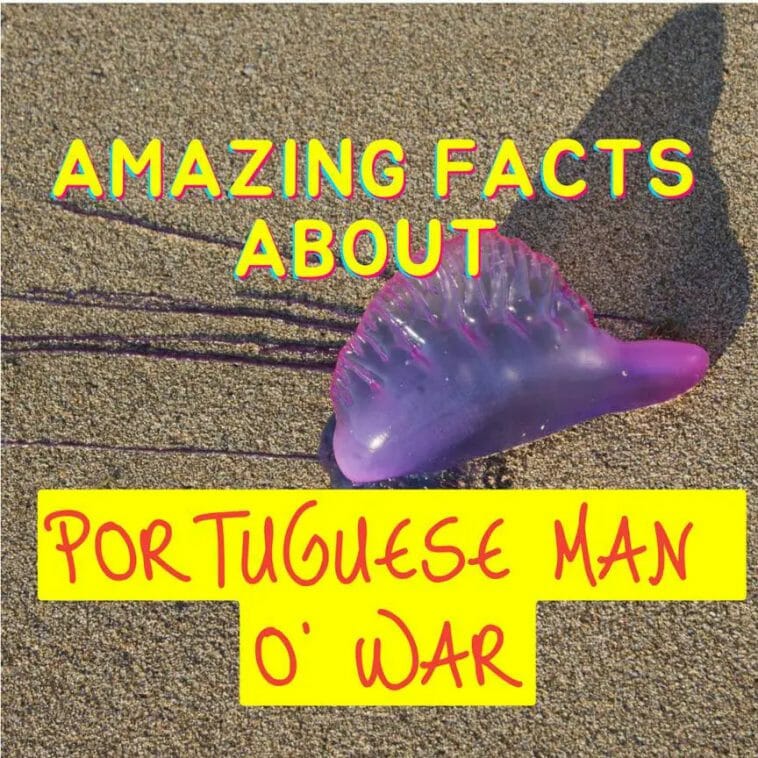 The Portuguese man of war (Physalia physalis) can be found in all oceans except the Arctic. These animals trap victims with long, poisonous tendrils and can float in groups of over 1,000. The Portuguese man o’ war is commonly referred to as a jellyfish, although it is actually a siphonophore, a genus of creatures that are closely related to jellyfish.

Here are some fascinating facts about the Portuguese man of war.

1: Why is it called a Portuguese man-of-war? 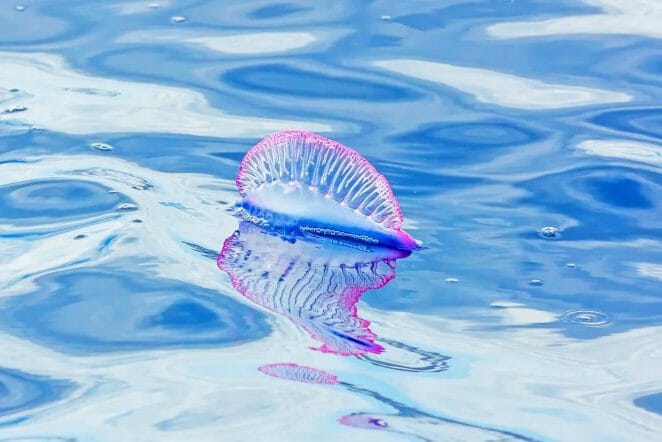 2: Is a Portuguese man-of-war a jellyfish?

The Portuguese man of war is commonly mistaken for a jellyfish, but it is actually a siphonophore, colonial animals made up of separate specialised organisms known as zooids that function together as a unit, despite their identical appearance.

They are known as bluebottles in the Pacific Ocean and are typically smaller than their Atlantic counterparts. Pacific and Atlantic men-of-war were once assumed to be separate species, but recent genomic research reveals that there may be numerous species after all.

3: What does the Portuguese Man ‘O War eat?

A carnivorous organism, the Portuguese Man-o-War feeds on small fish, plankton, worms, and crustaceans. The colony does not actively seek food, but instead catches prey as it travels along the water’s surface. Before being devoured by the gastrozooid polyp, prey is grabbed and paralysed in venomous tendrils.

4:  Does the Portuguese Man O’Wars have predators?

The violet sea-snail floats near the water’s surface on a bubble raft in the hopes of catching a man-of-war meal. For camouflage, these snails have dark purple undersides and lighter purple tops. Because they float upside down, the darker purple faces up, which helps them blend into the darker water below. When viewed from below, their lighter hues merge with the light coming from above.

Sea slugs in the genus Glaucus consume men-of-war and adopt a similar coloration and floating-upside-down technique, but they go one step further. Glaucus repurpose the venomous cells of their prey for their own protection. Touching a Glaucus is equivalent to touching a man-of-war.

5: Is a Blue Bottle the same as a Portuguese man-of-war?

The tentacles have stinging nematocysts, which are tiny capsules with coiled, barbed tubes that release venom that can kill or paralyse small fish and crustaceans. The man o’ war’s sting is rarely fatal to humans, but it is painful and causes welts on exposed skin.

7: What do you do if you get stung by a Portuguese man-of-war?

If you’ve been stung, use saltwater to rinse the area. If available, use a concentrated vinegar solution. This will deactivate the stingers and prevent further toxin release. Then try to remove the tentacles with a gloved hand. For around 20 minutes, soak the afflicted area in hot saltwater. Severe reactions necessitate hospitalisation.

8: What’s the difference between a jellyfish and a man-of-war?

Siphonophores, like jellyfish, are predators that catch animals with stinging cells on their tentacles. However, each jellyfish is a single animal, whereas each siphonophore, including the Portuguese Man of War, is a colony of animals that can’t exist without each other.

The rate of the life cycle, like that of jellyfish and other Cnidarians, is affected by water temperature and other factors. The man-of-war is anticipated to live for at least one year.

No. Despite popular belief, the practise of peeing on a jellyfish sting to relieve pain is a fiction. Not only are there no studies to back this up, but pee may actually make the sting worse. While urine contains urea and ammonia, which are useful in curing stings, it also contains a lot of water, which dilutes the chemicals’ effectiveness.

Stings from Portuguese man-of-war produce a red line with little white sores. Blisters and welts that resemble a string of beads may emerge in severe cases. Itchy skin rashes may emerge 1 to 4 weeks after the stung, and the welts may continue for 1 to 2 weeks. 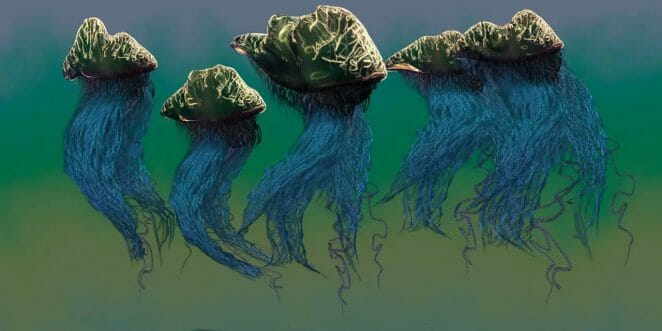 13: Is the Portuguese Man-of-War endangered?

At present moment, the Portuguese Man-o-War is not classified an endangered species. Although the precise number is unclear, the species has a wide range that is projected to expand with global warming.

14: What are some additional fascinating facts about the Portuguese Man of War?