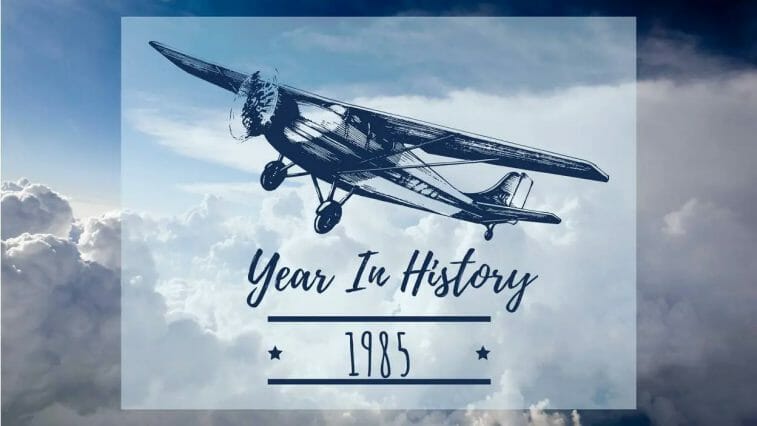 In terms of technology, entertainment, and politics, 1985 was a watershed year. Technology made some strides forward, laying the groundwork for some of the things we have today. The Domain Name System (DNS) for the Internet, for example, is created. This was a big step forward, considering the Internet would not become widely used for another decade.

Microsoft introduced “Windows 1.0” later that year (in November of 1985). Steve Jobs resigned from Apple in September 1985, but returned in 1997 after assisting in the formation of Pixar from Lucasfilm’s computer graphics section. Jobs would stay on as Apple’s CEO until 2011.

This was also a pivotal year for today’s gamers. Nintendo published Super Mario Bros. for the Nintendo Entertainment System in September of 1985. (NES). Nintendo debuted the NES in the United States the following month. After this release, an entire generation was introduced to a new activity. Madonna’s first concert tour, entitled “The Virgin Tour,” began in New York City in the entertainment industry. The film Back to the Future, starring Michael J. Fox and Christopher Lloyd, was released in July, kicking off a franchise. Calvin and Hobbes, the popular comic strip, debuted in November of 1985. After sinking in the North Atlantic in 1912, the debris of the infamous British passenger liner RMS Titanic was discovered in a noteworthy side development in archaeology.

Continue reading to discover more about the events of 1985.